India has announced US$162 million (T$421 million) in grants and credit financing for 12 Pacific Island states including Samoa.

The Indian Prime Minister, Narendra Modi, made the announcement of his government’s support to 12 Pacific Island nations last Tuesday on the sidelines of the United Nations General Assembly in New York.

The leaders discussed a wide range of issues with Mr. Modi with a statement from India’s Ministry of External Affairs indicating that Sustainable Development Goals (SDGs), cooperation in renewable energy, a newly launched Coalition for Disaster Resilient Infrastructure, capacity building and the implementation of India-UN Development Partnership Fund projects on the agenda.

Mr. Modi then used the opportunity to announce a US$12 million grant – which will see each of the 12 Pacific Island states receive US$1 million each – to fund a “high impact developmental project” of their choice in their respective countries. 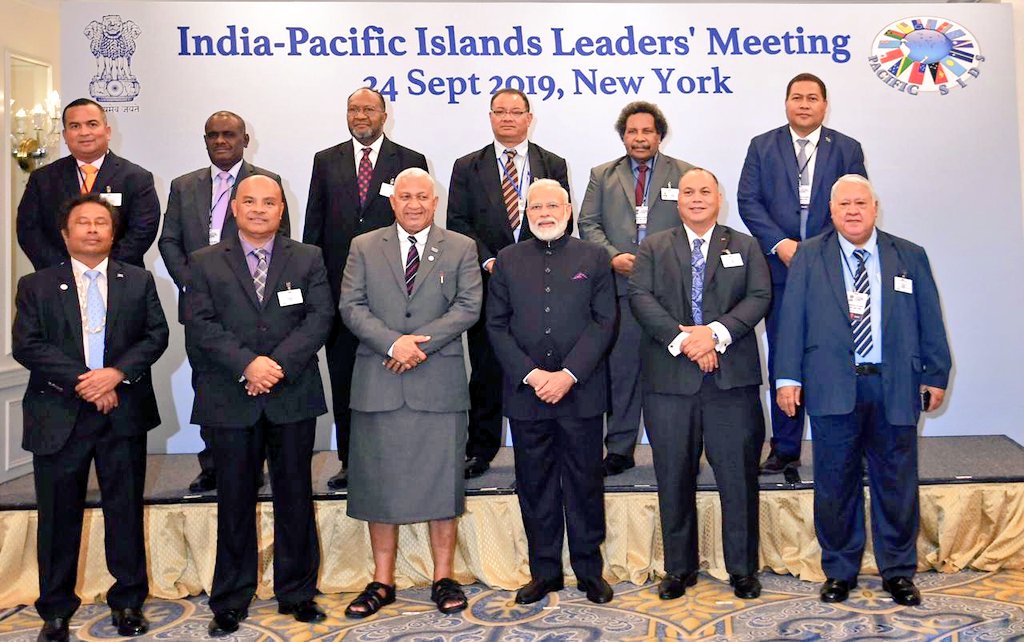 A US$150 million credit facility was also announced, which the Indian PM says the Pacific Island nations can access to fund solar, renewable energy and climate-related projects based on the recipient country’s requirements.

Prime Minister Tuilaepa, in a speech at the PSIDS, acknowledged Mr. Modi for institutionalising the summit since the inaugural conference in 2014 and said India provides an annual grant-in-aid of US$200,000 for developmental projects.

“We have been told that Samoa has currently a cumulative credit of US$1.7 million from its unutilised annual allocation. Samoa was asked to consider areas such as solar and water technology, vehicles, medical equipment for the hospital to enable usage,” he said.

Mr. Modi affirmed his government’s commitment to provide developmental assistance for capacity building as well as set up a regional hub for the Jaipur Foot Artificial Limb Fitment camp.