Members of the Samoan Baha’i community had the chance to listen to Irish singer, Luke Slott perform at the Mother Temple of the Pacific at Tiapapata.

The 36-year-old from Dublin, Ireland was invited to Samoa by the Samoan Baha’i community to perform a concert at the Tiapapata Art Gallery last Saturday.

“I have visited a few Baha’i temples around the world but this was the first time I was invited to chant a prayer in one which was a very special experience,” he said.

He was privileged to hear some of the readings in the Samoan language which was very special.

Mr. Slott came into the Baha’i Faith through his brother at the age of 21 in the year 2004.

“I took an interest and studied the Baha’i Faith. I was very much attracted to the Baha’i teachings about music but music is an important role in society and in our spiritual life," he said.

He started to see music in a new light as a means to being of service to society.

“I think in all faiths the power of music is recognised. Even the act of singing or the act of prayers or chanting scriptures has always been recognised as a very powerful force in our lives and society," he said.

“Music can have an important effect on our hearts and so I started to use music as a vehicle for working with communities, youth, setting up workshops or helping young people develops their creative processes through that approach to music I started to connect with Baha’i communities around the world.

“A path of learning along the way in the last 15 years but it has been a special journey. I hope to continue what I am doing into the future.

“Working with music this way it certainly feels like a calling to me to be able to develop one’s art and feel a sense of contribution to the world is a rewarding path to be on.”

He considered himself very fortunate to be involved with music because it opens up opportunity to travel to different part of the world.

“I will continue to write songs and record albums that are meaningful to people and hopefully inspire people to contribute to their communities.

“A goal that I would love to work towards is collaborate with musicians from different parts of the world and I normally try and learn languages and cultures wherever I go." 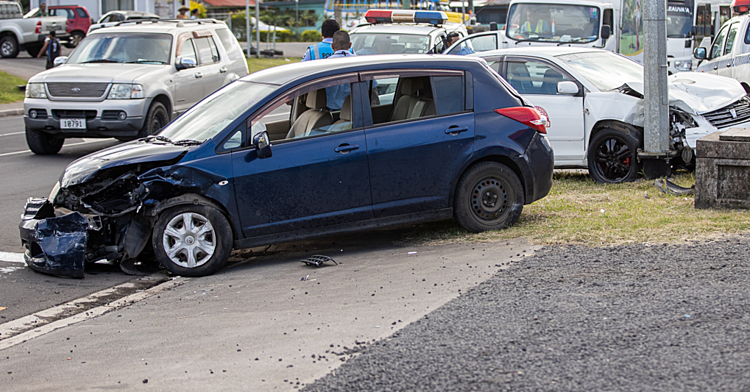 The Accident Compensation Corporation (A.C.C.) paid out a total of $2.1 million in 2019, which it says is the highest amount disbursed from successful claims in the last five years.