From coins to cars: businessman shares the good side of social media

Maota says he has gone a journey from picking up coins on the street as a young boy to, today, running three successful businesses thanks to the wise use of social media.

Speaking to the Samoa Observer Mata said seeing the widespread misuse of social media by young people today inspired him to share his experience and a message aimed at young people.

“Three years ago, I officially started making my own businesses and it all started from the use of social media,” he said.

“If we use it wisely, we can [... develop businesses through it] to cater for our families and ourselves at a very early age.”

In 2016, he spoke to a car dealer on social media of how to make a car business. After a short while, he had sold his first car.

The profit from that sale, he says, provided the capital to continue his business in sales while giving him an opportunity to develop his business savvy. The result today are his own dealerships at Lauli'i.

Mata is now the founder of two vehicle businesses, the Oka Taavale car dealer and the LNS Rentals at Laulii. He is also the owner of the Traders Mecca Samoa, a popular business Facebook page.

“My point is, I want the youth to learn that there are a lot of good opportunities on social media that they can tackle instead of using it unwisely and being the cause of the majority of issues,” he said.

As a young boy in Lauli'i, Mata had a dream to becoming a young billionaire in Samoa while picking up coins from the streets at the same time.

“Most of the people in our village knows that our family was very poor back then and now, thank God my dreams of living in a beautiful house is slowly becoming reality," he said.

He also advised that squeezing in different careers at one time is a challenge that can lead up to something good just as he’s not giving up on his teaching career at Pesega Middle School while handling his businesses.

Mata is a father of two and he wishes to help inspire his fellow Samoan youths of ways to success.

“I’m always here if anyone needs guidance on how I started and how to make money from wisely using social media,” he said. 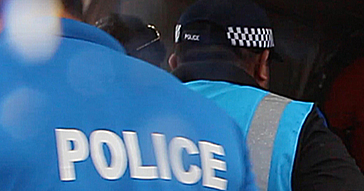 Ancient animal remains could answer outstanding questions about the earliest Pacific settlers and their movements using the latest D.N.A. technology to read all genetic material, rather than the 1.5 per cent previously available to scientists.