Gifts of $400,000 to schools, villages, and churches for Pacific Games contributions

More than 200 schools, some villages and churches have been given monetary rewards of more than $400,000 by the Government for taking part in the Pacific Games.

The gifts to a total of 209 schools was confirmed by the Minister of Education Sports and Culture (M.E.S.C.), Loau Keneti Sio. at the M.E.S.C. hall yesterday.

He also acknowledged everyone who played a role in helping make the Pacific Games a successful event.

“The children or the younger generation is the key to Samoa’s prosperity which we must nurture and care so that our people do not suffer in poverty,” he said.

“To all the teachers, please be honest in your work for teaching the children of Samoa.”

Afamasaga Dr. Karoline Afamasaga-Fuata'i, the Chief Executive Officer of M.E.S.C. said that the total amount of the monetary gifts is approximately $440,000.

“The Government assigned M.E.S.C. with certain tasks that relates to the Pacific Games like adopt a country, torch relay, flag raising day, opening and closing ceremony and so we are able to thank all those who played a role in each event," Afamasaga said.

“Schools that took part in the adopt a country, torch relay, flag raising day activities have been rewarded depending on the number of students and how many activities they took participated in.

“All the money has been given to the school's accounts. The lowest amount for a school to receive is $500 whereas the highest amount is $7,000 depending on a school who has the most students that participated in all activities others received $6,000.”

Afamasaga said that one of the events that attracted great number of supporters from Samoa was the torch relay around the rural villages which everyone wanted to be part of: Despite its small beginnings in the end the event had widespread support from across the community.

“Another highlight was the students learning each country’s language through their national anthems which they put on performances that captivated and brought tears to some of the athletes and officials who came to Samoa for Pacific Games because the Samoan people could speak their language," Afamasaga said. 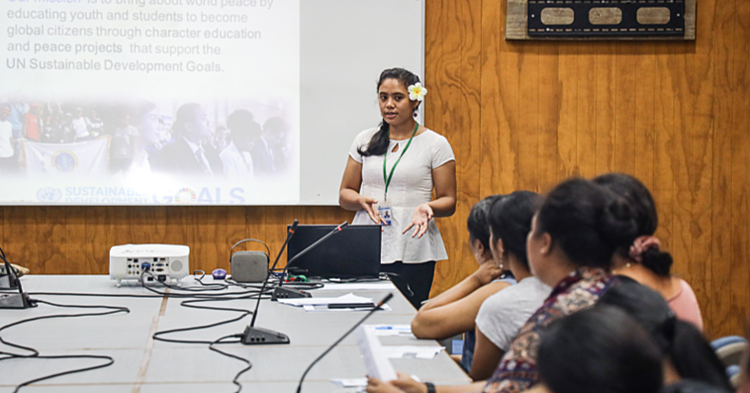 “Information is key” in responding to the coronavirus pandemic. That's the opinion of Australia's High Commissioner, Sara Moriarty, who says “the deeper the information, the more we can share, the more trust we build.”