A Samoa College student has called for more action to be taken to inform young people and the general public about the fight against climate change.

At the World Ozone Layer Day celebrated on Monday at the TATTE building foyer, 17-year-old Charlize Fesili-Ng Lam said that if the campaign to avert the ozone layer's depletion were serious it needed to include everyone.

The lack of awareness in the public regarding the effects of the depleting ozone layer can be dangerous and costly, she said.

"It’s only those few people who are up-there, you know, and it just all feels all political," she said.

"Because the grassroots people make up the majority of Samoa and the level of egalitarian[ism] in Samoa is horrendous so the rich people, educated people and know about these problems are minimal; they make up only a small percentage of our Samoa.

"So only [social elites] knowing wouldn’t be [of] any use to us."

Miss Fesili-Ng Lam says more people need to have a say in environmental issues so that stakeholders know that the people of Samoa understand what is happening in the world.

World Ozone Day is observed on 16 September every year to raise awareness among people about the depletion of Ozone Layer and search possible solutions to preserve it.

The event was attended by students, teachers and representatives from stakeholder groups. 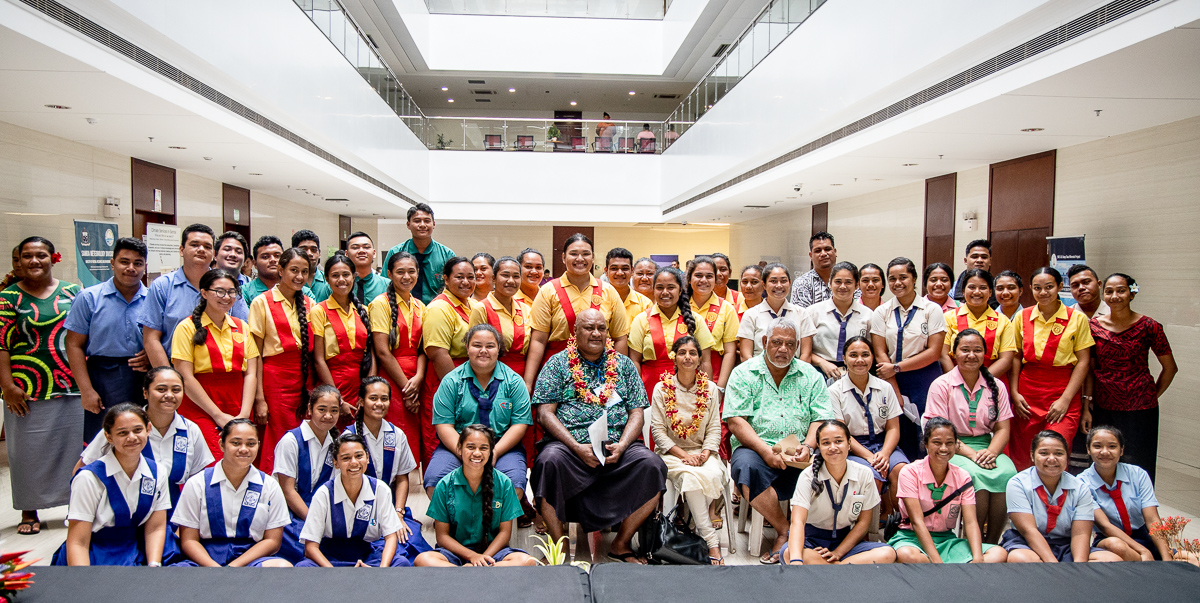 Miss Fesili-Ng Lam said young people are not the only ones who should be listening to the issues being discussed at the event, such as the depleting ozone layer and the risks that follow from it.

"And not only the youth but also in general, especially because Samoan are so ignorant and basically people in the Pacific I feel like need they to be [informed]," she said.

"Like everyone knows that global warming [and] climate change is all happening; it’s not a myth but nobody is realising it, nobody is really taking a step forward."

Asked what are some basic things that the public needs to know about the depletion of the ozone layer, she said "firstly, take care of yourself"

"Since we live in the Pacific and also along the equator and how we are always out in the sun, I’d say firstly, take care of yourself," said Miss Fesili-Ng Lam.

"You cannot look at the sun saying ‘oh I’m used to it’; no,  the sun rays are more dangerous now and so we need to adjust that with protection and [they] need to see that people [at] the grassroots don’t have a lot of money.

"And also don’t have a lot of English so sending them to awareness programmes will be pretty useless, so I think the government and people who are doing this would have to think of a way to properly introduce this subject to the people of less fortunate education."

Ozone layer depletion means more exposure to the sun which causes skin cancer, ultraviolet [U.V.] rays cause skin burn, over-exposure to U.V. radiation affects or damages immune system. Prolonged exposure to U.V. rays damages the tissues of eyes and can cause a 'burning' of the eye surface known as 'snow blindness' and also speeds up the ageing of skin.

Miss Fesili-Ng Lam currently studies Geography and History and sees herself working in the environmental field as she has always been a strong environmental activist and a feminist.

The World Ozone Layer Day was celebrated through a collaboration between the Ministry of Natural Resources and Environment and United Nations Environment Program and funding from the Multilateral Fund.

The second phase of the Government's pay raise policy for all public officials over a three-year period has been rolled out after it was appropriated under the 2020-2021 financial year budget.