People with a disability excluded from transport, employment

The training by N.O.L.A. was a way to enhance capacity building. (Photo: Vaitogi Asuisui Matafeo)

People with a disability in Samoa, most in rural areas, are facing major difficulties in getting transportation, the nation's peak disability advocacy group said.

Mata’afa Fa’atino Utumapu the General Manager of Nuanua O Le Alofa (N.O.L.A.) said a lack of transport options for people with a disability undercut progress in other areas of service provision.

“The majority of our members live in rural areas," she said.

"Our transportation system is not so accessible it makes it harder for them to travel to the urban areas where the services are available.”

N.O.L.A. represents 500 registered members but the General Manager said that concerns about access to services were shared by a large group of Samoans broader than its membership base.

“The 2016 census identified almost 12,000 persons with disabilities because that was the first year we introduced the question on disability to the census,” Mata’afa said. 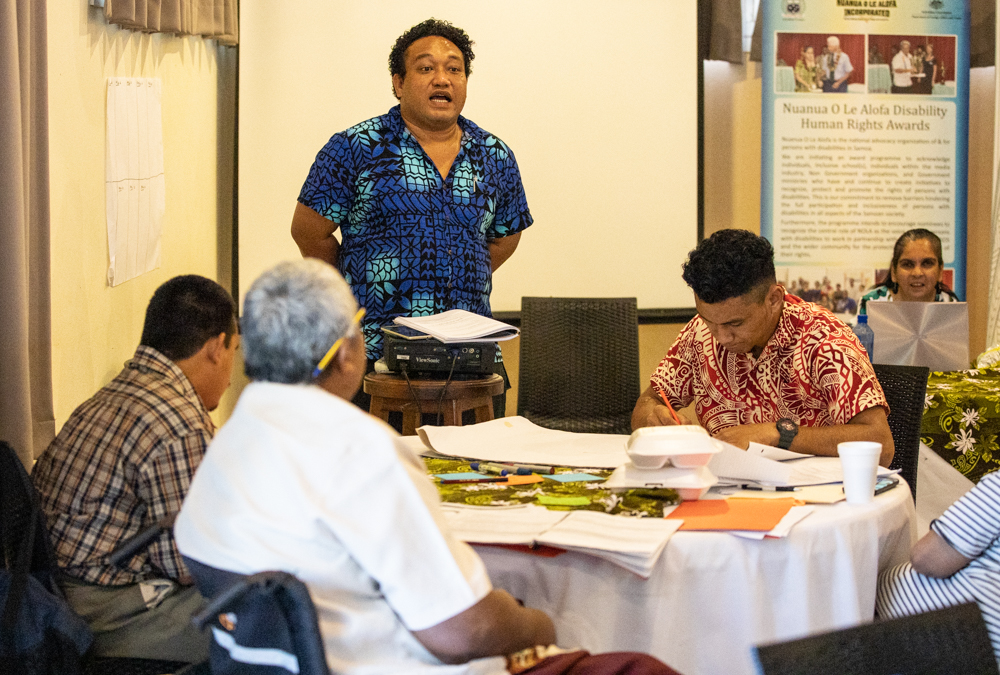 This week N.O.L.A. is carrying training in partnership with the Pacific Disability Forum focused on capacity building.

The training aims to strengthen the capacity of N.O.L.A. to use the United Nations Convention on the Rights of People with Disabilities as a tool to further support their advocacy.

N.O.L.A. to learn from the experience of other regional countries, and explore avenues to recruit under-represented groups of persons with disabilities to benefit from its role as an advocate organisation.

Mata’afa said there are those who do not want to connect with their organisations for personal reasons, which is a barrier to their further employment.

“Efforts are made in the area of recruiting persons with disabilities to inclusive education, employment, starting their own business and access to other economic empowerment activities,” she said.

“In education, already there is an inclusive education policy and action plan: this means that persons with disabilities, according to the commitment of Government through [the Convention] have the right to be educated on an equal basis with others and receive the appropriate support. 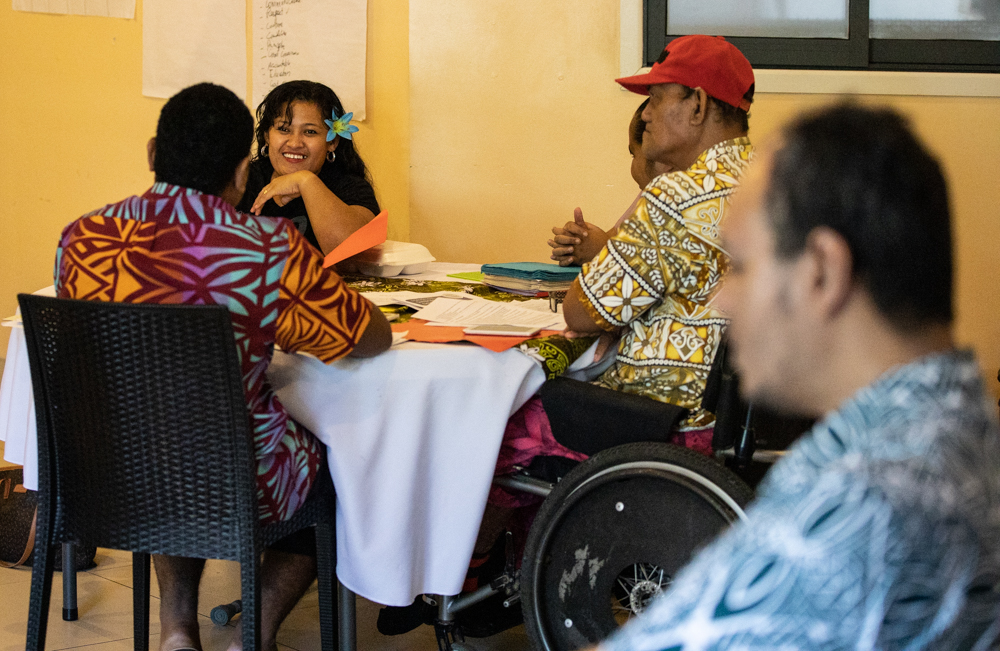 “This also means that disability inclusive developments need to be a priority the Ministry of Education, which they started to [do].

“There is a commitment by vocational training providers, given the level of education of persons with disabilities especially the adults is not as high in comparison to persons without disabilities because of how their upbringing and the many barriers they faced while they were young.”