A relative of the former President of the United States, John F. Kennedy, was among the distinguish guests at the 57th Independence Celebration at Mulinu’u on Saturday.

Robert F. Kennedy Jr, a nephew of J.F.K., and his wife, Cheryl Hines, were special guests for the celebration at the Malae o Ti'afau.

Mr. Kennedy on the other hand is an American activist and environmental attorney.

According to the Ministry of the Prime Minister and Cabinet (M.P.C.) Chief Executive Officer, Agafili Shem Leo, Mr. Kennedy and his wife were invited by the Independence committee.

They are in Samoa with a delegation on a different matter.

“He is not here as an official from the United States,” said Agafili.

“They were here for a programme that is not Government related and their visit has coincided with our Independence celebration and were invited to be our V.I.P. guests.” 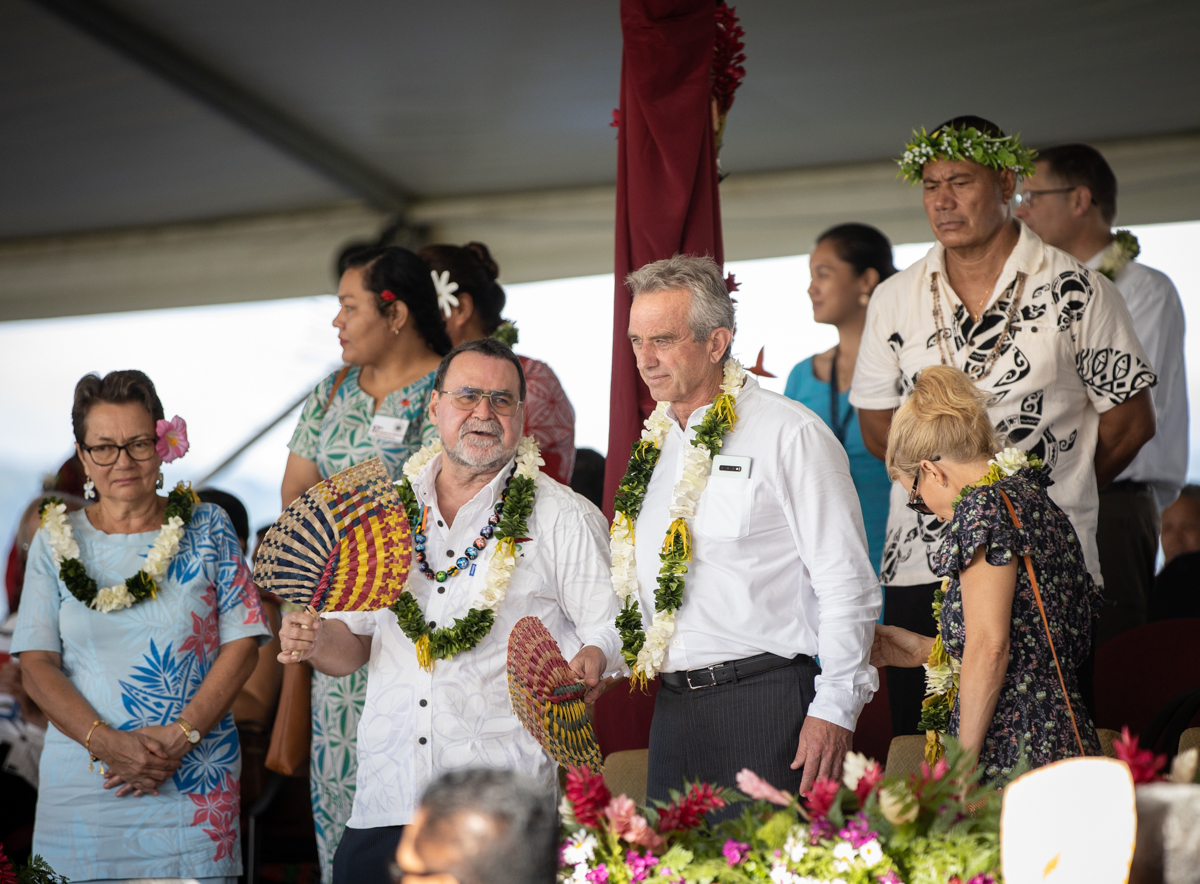 Justice Vui was seen conversing with Mr. Kennedy throughout the celebration.

Mr. Kennedy and his wife waved at the marchers that saluted the special guests during the procession of the march parade.

It was not possible to get a comment from Mr. Kennedy.

After the official programme in the morning following the parade, Mr. Kennedy and his wife left in a Government official vehicle following other diplomatic corps vehicle.

The pandemic led to many challenges especially for businesses in the private secto...