Journalists in Samoa celebrated World Press Freedom Day on Friday evening at the Niule'a building at the National University of Samoa (N.U.S).

Organised by the Journalists Association of Samoa (J.A.W.S.), keynote speaker Electoral Commissioner Faimalomatumua Mathew Lemisio said the evening was about celebrating the importance of journalists' work.

Faimalomatumua used the opportunity to encourage and motivate journalists in Samoa. 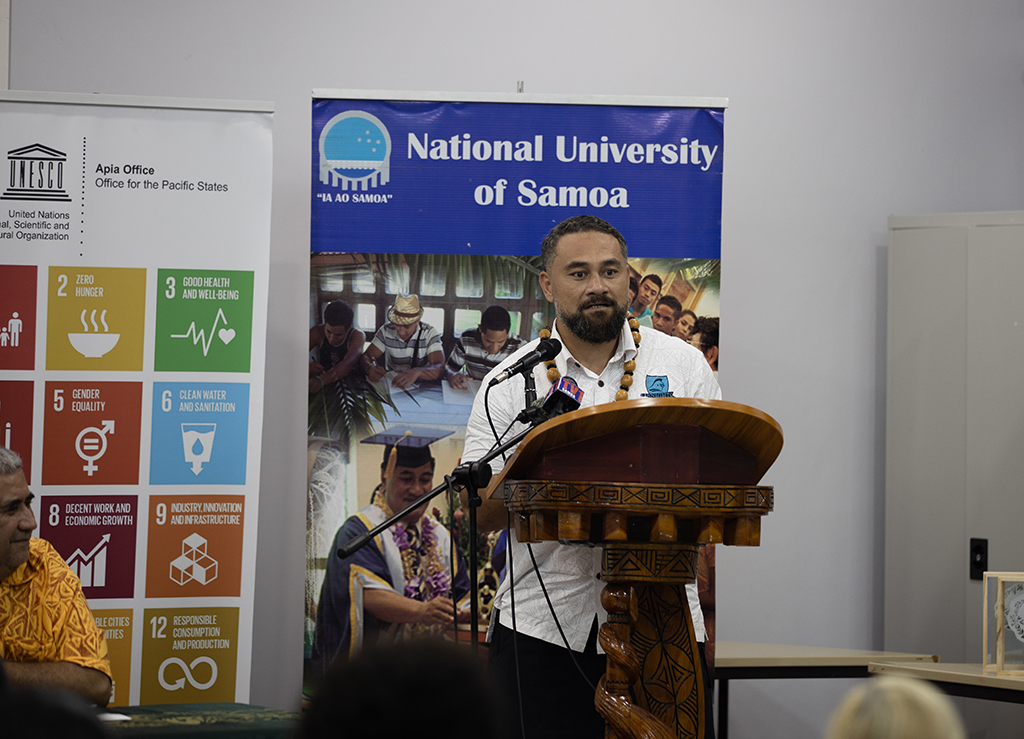 Faimalomatumua said he worked as a driver delivering the Savali newspaper and later joined Samoa Observer as a sports reporter in early 2001.

"I had no idea that one of these days, I would end up leading that office."

Ironically, his first major assignment as a reporter at the Samoa Observer was the 2001 General Elections.

"The experience I had from the 2001 General Elections gave me a third ground from the perspective of the media, looking into accessing information from the Electoral Office at the time," he said.

In taking time to share the role of the media in the general election, Faimalomatumua said election is the process where the people vote for their leader "because if the process is corrupt, that means the leaders that we're going to get will be corrupt" and the media is there to report it.

U.N.E.S.C.O Representative, Nisha Director, said the UNESCO International Program for the Development of Communication (I.P.D.C.) is a unique multilateral forum in the U.N system that mobilises the international community to support media in developing countries through a grant-making process.

Culture and customs was observed: Police

The Ministry of Police and Prisons senior management had forewarned Human Rights Protection Party (H.R.P.P.) members a day earlier of restrictions at Mulinu’u during parliament’s sitting.

A man accused of negligently driving a vehicle that crashed and led to the death of two women on the eve of the Father’s Day long-weekend is facing seven charges.