Samoa Swimming has made an impression at the 11th Oceania Swimming Championships held in Suva, Fiji this week.

A team of five showed a strong performance during the 4 day pool competition events with tremendous results.

Day 1 resulted in Lushavel Stickland, 18, of Melbourne, Australia, winning Samoa’s first Female Individual medal at an Oceania Competition when she won the silver medal in the Women’s Open LC 100m Backstroke.  Stickland, a seasoned swimmer in Australia, has recently joined Samoa Swimming with a long-term commitment to her culture and country.

She was only touched out at the end of the race by Gabrielle Fa’amausili, a well-known swimmer in the World circuit, who is the current World Junior record holder in 50m backstroke.  Suzie Schuster, National Coach, added  “It was an honor to have Lushavel secure Silver and make such inroads for Team Samoa.

It was also wonderful to see both of our backstroke specialists in the finals, Evelina Afoa and Stickland.  Also, it was surreal to see two Samoan athletes on the podiums, being Fa’amausili and Stickland.  It is our time now to move forward with our accomplishments and show that Swimming can be a high achieving sport for many Samoans.”

The current Silver medalist in 400m IM at the PNG Pacific Games in 2015 was able to win the Bronze medal in a nail biting race with New Zealand just touching him out of 2nd place.

Coach and mother admitted, “This is Brandon’s least favourite event, but it seems that his dislike for the event produces the drive and determination to finish in a medal position.  Perhaps a dislike for events is part of a winning formula so I may need to do some more research on this!”

Consistency in winning medals continued into Day 3 with Stickland winning the Silver Medal for Women’s Open 200m Backstroke.  “Swimming in an outdoor pool has always been a challenge for me, so I was just off my personal best time, but I am very happy with the results”, says Stickland after the race.  She now holds Samoa National records in both the 100m and 200m backstroke events.

Throughout the week, all the swimmers have achieved notable goals.  Alania Suttie, 17, of Brisbane, Australia, secured A finals for all 6 event races that she entered.

Suttie, a middle distancer, produced personal best times as well as National Age times against Australian Swim standards.  She also broke her own 17 year old Samoa national records in 200m butterfly, 200m IM and 400m IM.   Schuster said, “A few coaches from the Pacific made comments about Alania and her strong performances.

They were impressed with her rankings, being ranked first in the islands in her top 2 races.  She is a quiet performer who directs all her energy to the race in front of her.   She has to work twice as hard as she is one of the shortest swimmers in the pool, but what she lacks in height, she makes up for in pure strength and determination.”

Winter Heaven and Evelina Afoa also performed well by moving into the finals each day and proving to be powerful leaders on the 4x50m Medley relay team during finals night.

Schuster explained ,“Heaven and Afoa are sprinters which is a difficult field in the Pacific as the Oceania region is top heavy in sprinters.  However, Heaven and Afoa have represented swimming for many years now.  They know the races, they know the competitors and they know how to address their events.”  They continue to hold the National records in their respective events.

Sailors to remain onboard for safety

Samoan sailors currently working on MSC Sorrento cruise company-owned vessels will remain on board after their contracts expire in order to ensure their safety from coronavirus (COVID-19). 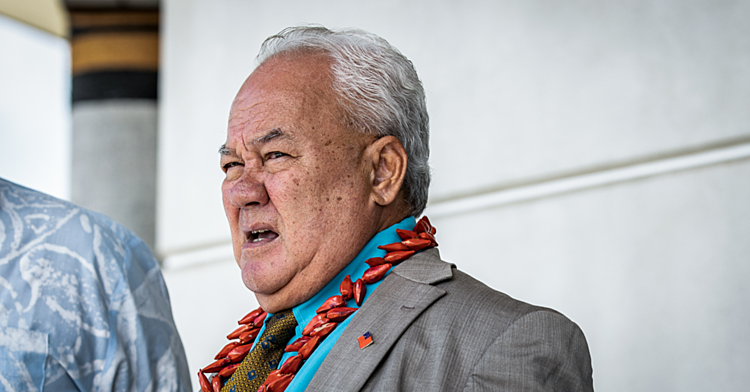