Another victim of alleged conman speaks

One more member of the public has come forward to tell how a man who has already fooled one woman into giving him money had conned him two years ago.

After reading a story titled “Alleged conman alert” on the front page of the Sunday Samoan, Eti Sapolu, of Fa’atoia and Lalovaea contacted the Samoa Observer to tell the story of how he lost $10,000 to the same man.

Mr. Sapolu said his decision to speak out was motivated by Taupaūape Rosa Latulipe’s plight detailed in the Sunday Samoan.

“I wanted to come and support what this mother said in the paper to let the public know that this is not a joke and that this man Faleti is not a good person,” he said.

Asked how he came to know the alleged conman, Mr. Sapolu said Faleti used to stay with him in Faatoia back in 2014.

“My sister went to Siumu one day and on their way back, this man stopped their car asking for help,” he said.

“My sister helped him but only to find out that he (Faleti) is banned from the village. We don’t know why.

“He asked us for help and so I gave him a place to stay and he stayed with us for about four months until he fooled me.

“One day he (Faleti) said it’s their family faalavelave and he needed $5,000tala.

“In exchange he will let me buy 5 acres of land at Vaitoloa so this $5,000 will be the starting payment for the land.

“I didn’t trust him at first until he showed me all the documents of the land and proof that it belongs to him. So I thought why not, this seems like a pretty good deal to me.”

Days later, Mr. Sapolu said Faleti asked him for another $5,000.

He insisted there was another buyer interested in the land and offering more than what Mr. Sapolu is giving.

“I gave him what he asked for,” Mr. Sapolu said.

“Long story short, after that last conversation with him, I didn’t hear from him again.

Mr. Sapolu immediately lodged a complaint with the Police.

“I argued back and told them that I have all the documents that Faleti had given me as part of our agreement that we did but they said I still can’t lodge a complaint.”

Mr. Sapolu said he was angry and he left the matter as it was.

“But it wasn’t until I saw the article by this victim that it reminded me of what happened to me back then,” said Mr. Sapolu.

“I came today and went and saw this lady at the library and she showed me the conman’s photo and it was the same person that too money from me two years ago.

“And now I am here at your office wanting to warn the public of this conman.

“Don’t believe him and do not be fooled by his documents. Be careful he is a liar and he will say anything to fool you and get you to give him money but don’t fall for it.”

“This person is going around with documents about land getting people to buy this land,” she said. “Be very careful, don’t fall for it. This person is a con. I don’t want what has happened to me to happen to anyone else too.”

The victim said she went to the Police office to lodge a complaint.

“I was told by the police officer that handled my case that this person was in jail five times for the same crime,” she said.

“If this is true then why is this person out again? If this is not the first time he was jailed he should be locked up because he keeps committing the same crime over and over again.”

“Yes there was a complaint that came to our office with regards to the matter,” he said.

Taupaūape said she wants to warn the public so that nobody will have to go through what she went through. Repeated attempts to get a comment from Faleti Fiti through the number given by Taupaūape were unsuccessful. 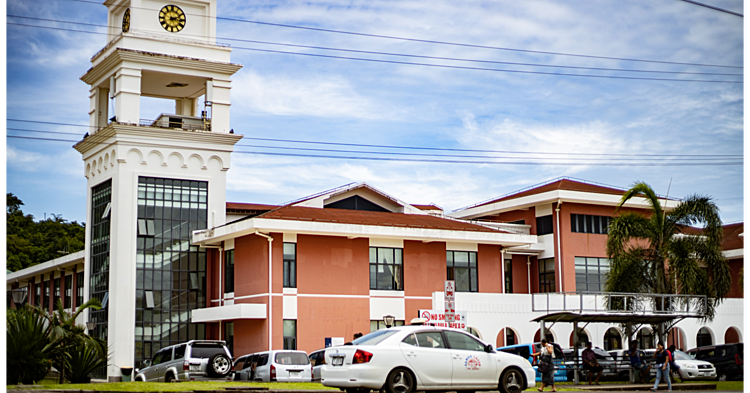