The notion that the abuse of women is part of the fa’asamoa is wrong and must not be accepted as normal.

That is the view of Ombudsman, Maiava Iulai Toma, who has announced a national Commission of Inquiry into the problem.

Speaking during media workshop on reporting gender issues last week, Maiavasaid the fa’asamoa has been misrepresented by people who say it is normal for men to abuse their wives.

“A survey conducted as NHRI (National Human Rights Institution) in Samoa as human right report found that many participants found that fa’asamoa and human rights conflicted in this area,” said Maiava.

“Many cited that the fa’asamoa permits husbands to beat their wives.

“That is not true. That is not fa’asamoa that a husband is permitted to beat his wife. That is an abuse of power simply the abusing of power of the stronger person over the weaker person.”

Making a stand against women violence, Maiava said women are protected from such violence under principles and obligations both covered by international human rights laws and the fa’asamoa.

“The high prevalent violent against women in Samoa is intolerable from both cultural standpoint as well as human rights perspective,” he said.

The Office of the Ombudsman does not have the mandate to investigate an individual human rights complaint.

However, Maiava who is also Chairman of the H.H.R.I. said domestic violence is such a big problem that needs to be addressed at its early stages.

“We do have the mandate where there pervasive practice or other activities that violates human rights (we) can initiate an inquiry into such things. I’ve decided that domestic family violence in Samoa is such a problem that needs to be addressed that our first Commission of Inquiry into domestic violence.”

The C.O.I. will be launched in December this year and start its works by next year before tabling its report in parliament.

The Ombudsman made reference to its first human rights report submitted in parliament on 2013 that used the “interweaving of the fa’asamoa and the international human rights law to dispel this misconception”.

It also highlighted the need to reverse the trend of high rate gender base violence.

Maiava used an example of how people normalized the concept that a woman should respect their husband and accept “a slap on the woman”.

“And we make jokes about it when a woman comes in the morning with marks on their face saying the man might’ve done,” he pointed out.

“They laugh about it because we have that attitude that those things are normalized and they become normal and people don’t think it’s a problem.

“Women think it’s normal and (feel) if they make more noise they might another black eye. It’s a misconception of what the fa’asamoa is. Some people say that human rights don’t condone those things and they are therefore inconsistent with fa’asamoa.”

Maiava reiterate such manner is inconsistent with fa’asamoa.

“Nowhere in the fa’asamoa that says the man has the right to beat his wife,” he explained.

“Marriage is a partnership and if you look at the Samoa society the role of a woman is so important that there are times that a man just has to sit and listen to the wisdom that comes from his wife.

“We are misusing and construing our culture to condone some of these things that are ulcer and cancers in our society.”

An important principle that Maiava pinpointed is the fa’asamoa that a woman is the pupil of the eye of their brothers.

“It shows that fa’asamoa protects Samoan women from physical emotional or sexual violence,” he said.

“This relationship also extends to related males and females and there is no reason why this should not relate generally to female and male.”

Some of the reasons that Maiava believes to have caused such endemic is influence of modern life and what is seen in movies.

He also worries about the change in lifestyle and how it will shape the modern generation.

“It is true that the traditional manners in which man regarded women and women honor and protect men are changing and I worry about the modern generation.

“They are not being fed the value of Samoan cultural values and much of their experience and understanding of things is being picked up and build from other sources.”

Women violence is a worldwide issue.

Other countries handle it with laws and court procedures and other protection measures for abused women.

According to Ombudsman, such measures are just addressing the problem “when its really festered and its becoming that way in Samoa.”

He said the problem has become such a mess that police and the Courts are trying to deal with it on its own when it’s already happened.

“I think Samoa if it sets it mind to it and look at the problem in Samoan context and see how it might address it by utilizing Samoan institution that already exist,” said Maiava.

Those institutions include village council that “regulate village life” and pastors and churches.

“These are institutions that are underutilized in these problems,” he said.

“C.O.I is to lay out problem what it is and see what we can do about it as a societal approach

rather than copying measures overseas for special court procedures to address beaten women and social services. Those have their value and have a place here but I think we are ought to be proactive and look at the problem from a Samoan context and try to solve it.

“We have the chance to do it and should do it well…It’s our country, it’s our women, children and mothers.”

The Ombudsman also spoke about the word human rights and how it is translated in to Samoan.

He said some Samoans view human rights as a foreign concept and has no place in the Samoan society.

“We hear people say this a lot,” he recalled.

“The reason for this seems to be translation of human rights in samoan called aia tatau.

“That human rights (means) individuals have the freedom to do anything they want,” he explained.

“Some say say human rights mean people are free to do whatever they want without limitation and there is no rule. That is a misconception and no right is absolute.

“This is simply not true and as the Ombudsman I am always eager to highlight how international human rights and faasamoa work together in protecting human dignity in Samoa.” 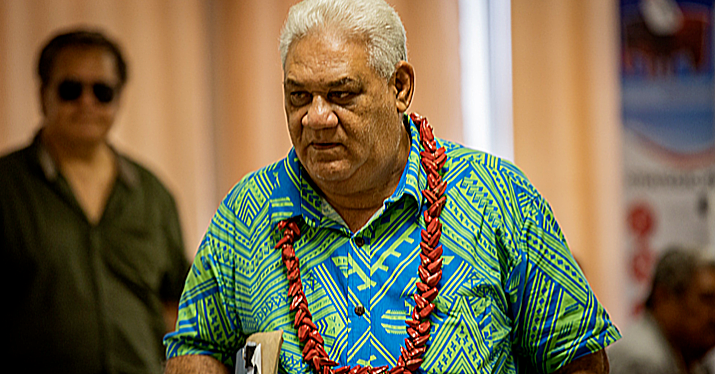 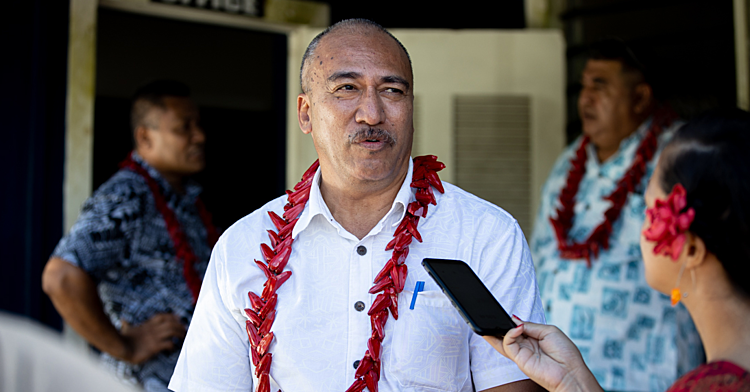