A National Education Fund, doubling the retirement age pension to $250 a month, free health care for children and a medicare-type insurance scheme.

These are among the promises the Tautua Samoa Party intends to roll out should they win the General Elections in March.

Revealed during their weekly press conference at Matautu yesterday, the promises are made under four key categories in the Party’s election battle plan.

“These are not just words for the sake of making a promise,” declared the Tautua Samoa Party leader, Palusalue Fa’apo II. “We are committed to implement these measures so that everyone has an equal chance at having a good life. Our people in Samoa deserve this, we owe it to them to deliver.”

Yesterday, the Party focused on the Social Equality section of their plan with Palusalue saying they will delve into the finer details as the elections draw near.

“The important issue is everyone gets the same treatment, access to benefits whether you live in Falealupo or Apia,” said Palusalue.

According to him, improving the delivery of health services is a key component for the Tautua Party.

What’s more, the Tautua is proposing  to set up a medicare insurance scheme to give everyone the chance to access quality health care and reduce the time for people waiting at the hospitals.

“The H.R.P.P has been in power for more than thirty years and yet this problem remains,” said Palusalue. “There is no solution… all they are doing is building hospitals but people are not getting the help they need. Our people are waiting for four to six hours to see a doctor. This is unacceptable."

“So our solution is medicare insurance that will give the working population the option of visiting a private doctor. That way it frees up the hospital for people who are not able to afford the medicare insurance.” Palusalue added that health care in Samoa has become very expensive and many people simply cannot afford it based on their income levels. “We pay for everything now. If you are admitted, you pay $50 a night, that’s a lot of money our people cannot afford.”

The Tautua Party is also promising to improve the salaries of health workers.

And that’s not all, the hospital at Motootua will be back to being a 24 hour operation, Palusalue promised.  “There will be no more closure at 10 at night. What’s happening now is even with emergencies, they will tell you to wait until the next day. If someone dies, that’s the reality now… we will change all that. A hospital should be 24 hours.”

Away from the hospital, Palusalue said they are also looking at strengthening the role of the Women’s Committee in the villages.

“We want them to play an active role in maintaining the good health of members of the public.”

Education is just as important for the Tautua Samoa Party.

Afualo Dr. Wood Salele spoke about their plan to set up a Samoa National Education Fund.

“This Fund will finance all the education needs for boys and girls especially at College level where it is most expensive,” said Afualo. “What we are seeing now is that when most students reach senior years, they drop out because parents cannot afford it."

“We will reveal in due time how it will be implemented.”

The Tautua Samoa is also proposing to set up a branch of the National University of Samoa at Salelologa, to cater for the student population in Savai’i. “It’s a must,” he said. On the plan to increase the retirement age pension, deputy leader Aeau Peniamina Leavai said the current amount of $125 a month is insufficient.

“We will double that amount,” he said. “It’s a must not only to keep up with the cost of living but it is such an important area. It also reflects how we as a country value the contribution by our elders to the development of Samoa.”

The Tautua Party’s plan for Social Equality also covers a number of other areas including Community governance. “We are looking at strengthening the pillars of our community through village governance and leadership,” said Toeolesulusulu Cedric Schuster.

“We believe that if families and churches are well governed, villages are well looked after by the authorities responsible for them, as a country, we have a better chance of moving forward.”

Part of this includes a plan to set aside funding from the Budget whereby individual districts could apply to use for projects depending on the need of the constituency.

Toeolesulusulu said the individual M.Ps will work with the constituency to make it happen and such a fund will cover projects including basic road works, electricity, water and other utilities.

(More from the Tautua Press conference in tomorrow’s edition) 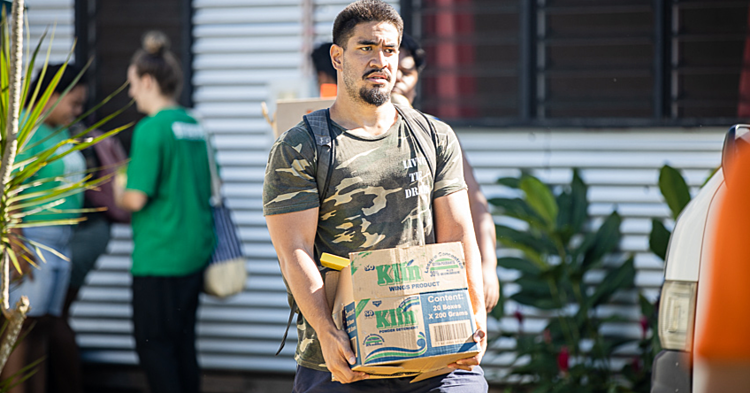