Reds star returns to his roots

For the young man, it is his mother’s village and where she spend his childhood.

Both schools were excited to meet with their star player who arrived with a donation of sports gear.

“I started school here when I was four and I left Samoa when I was nine,” he said. “Our parents went to New Zealand to create opportunities for us kids.

“Growing up in school back then, I didn’t really have any lunch or anything like that and I think this means a lot to the kids around here.

“So when I found out we’re coming to Samoa, I asked my manager if we had any spare rugby gears to give away and I knew that with rugby balls, we didn’t have any rugby balls.

“We used to play with sticks and old bottles so I really wanted to bring rugby balls and just some gears to give to the kids.”

Taefu said he was thrilled to be back.

“It feels good but you know my uncle has been telling me I was on TV and everyone here as well.

“They are very proud and hearing them saying they know my family and that they know who I am, it brings all the joy to me, my family especially these villages out here.”

Principals of both schools acknowledged Taefu and his team for making the time to the visit the villages. And there are no prizes for guessing which team they will be supporting when the Reds take the field at Apia Park tomorrow. 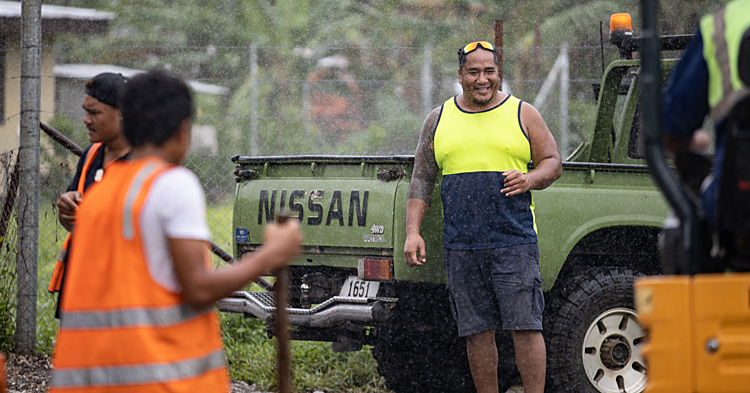