Fiame Naomi Mata’afa is a living testimony of that in Samoa – and around the world.

In a year when the ruling Human Rights Protection Party (H.R.P.P) celebrated another victory, the highlight without a doubt was the election of Fiame as Deputy Prime Minister.

In her eighth term in Parliament and as one of the longest serving members, Fiame has a list of achievements far too many to list, as well as a number of significant firsts

As the first female member of Cabinet, a position she has held for 15 years, and on 19 March 2016, she made history when she was sworn in as Samoa’s first female Deputy Prime Minister.

It was a proud moment for Samoa, especially after making headlines around the world for its efforts to increase the number of women in Parliament.

Fiame has advocated tirelessly for greater participation of women in Parliament.

“I think it’s significant given that not only Samoa but the Pacific has been trying to increase women’s participation in public life and in politics,” she said about her appointment during a recent interview with Pacific Beat.

“My appointment as Deputy Prime Minister is likely to inspire other women to enter parliament.”

But she is not just the Deputy Prime Minister. She is also the present Minister of Natural, Resources and Environment, a portfolio that holds great importance for Samoa with millions of dollars promised by bigger nations to help fight climate change.

“It also has a lot of international implications. I think with my experience in other areas and mostly at international level its important I have had that experience going forward in this particular portfolio.”

Experience that has already come in handy given that the biggest challenge of our time is climate change. Having been the voice of the Pacific during the recent COP meeting in Cancun Mexico, one of the biggest achievements in as far as Samoa is concerned happened right here in Apia a few weeks ago.

It was a US$57million (T$131m) project to manage flooding and enhance climate resilience of the Vaisigano River catchment, proposed by the government, was given the green light by the Green Climate Fund (G.C.F).

Of three proposals approved related to the Pacific, Samoa is involved in two. The second is a US$22million (T$50.6m) grant for a multi-country renewable energy programme with the Asian Development Bank. The project focuses on Cook Islands with support for Samoa, Federated States of Micronesia, Marshall Islands, Papua New Guinea, and Tonga.

It could be said that with her lineage and background, it was inevitable that she would enter politics and be a leader.

Her father, Fiame Mata'afa Faumuina Mulinu’u II, a paramount chief, was the first Prime Minister of Samoa. Her mother, Laulu Fetauimalemau Mata'afa, was a diplomat, educator and politician. Her maternal grandfather, Le Mamea Matatumua Ata was one of the framers of Samoa’s Constitution.

And it was while she was studying at university in New Zealand when she was recalled by her 'aiga (extended family) to take up one of her father's matai titles, Fiame from Lotofaga.

Her mother, Laulu Fetaui, had entered Parliament in 1975 from the constituency of Lotofaga, following her husband's death. On Laulu Fetaui's retirement from politics Fiame Naomi contested the seat and was elected.

She has held the seat since then. Although she is well known in Samoa having held a number of major portfolios including Justice, Women, Community and Social Development and Education, Sports and Culture, she has also drawn admiration from political leaders in the Pacific region and beyond

She has represented Samoa and the Pacific Islands on the Executive Board of U.N.E.S.C.O and the Board of Governors of the Commonwealth of Learning.

She maintains strong ties with the Samoa National Council of Women (N.C.W) and the Inailau Women’s Leadership Network, both of which she has been a longstanding member.

As a voice of intelligence, reason and cooperation she has navigated the often stormy waters of the Human Rights Protection Party (H.R.P.P.) whilst earning the respect from the Prime Minister and the majority of the party members.

Her drive for the development of Samoa, her knowledge, honesty and ability to stay clear of party factions and her self-deprecating humour have stood her in good stead throughout her long career in politics.

Her ability as a Chair to achieve the best objectives at crucial times whilst still observing the fa’aSamoa and considering differing points of view has evoked admiration from those who have worked with her.

As the Minister of Education, some of the achievements she is particularly proud of the establishment of district schools, the introduction of Samoan as the language of introduction and the rationalisation of the tertiary sector.

“Only a few were able to get to the higher classes but now everyone can achieve the full 13 years – it’s that equity of access,” she said.

you have to look at the whole education system where you don’t want one particular sector to suck all of it but we were rational about how we would develop education and (keep it) sustainable.”

The trick, said Fiame is to set goals and achieve them as you move ahead.

One of the people who was on the University Council with her was Emeritus Professor, R Gerard Ward of the Australian National University, Canberra.

He had this to say: “In her role as Minister of Education Sports and Culture and Chair of N.U.S. from 1985-2002, the University went through major developments, expansion and increased capacity and quality. Her role in fostering these changes was crucial.

She always allowed different views to be aired and for discussion to be detailed and free and for decisions to be reached with harmony. Her guidance was democratic and clear and she held the interests of students, staff and the broader community to be central. Under her guidance the University prospered, achieved great advances in education and innovation and contributed much to Samoa’s socio-economic development.”

And finally, “Fiame is undoubtedly one of the outstanding contributors to Samoa during its whole time as an independent nation as well as one of the most distinguished Pacific Islanders of recent decades.”

Additional information drawn from Wikipedia, the Government of Samoa website and an article by Lanuola Tusani Tupufia from the Samoa Observer. 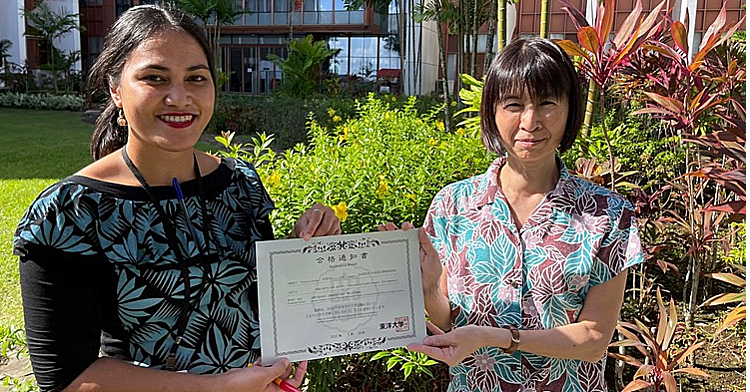 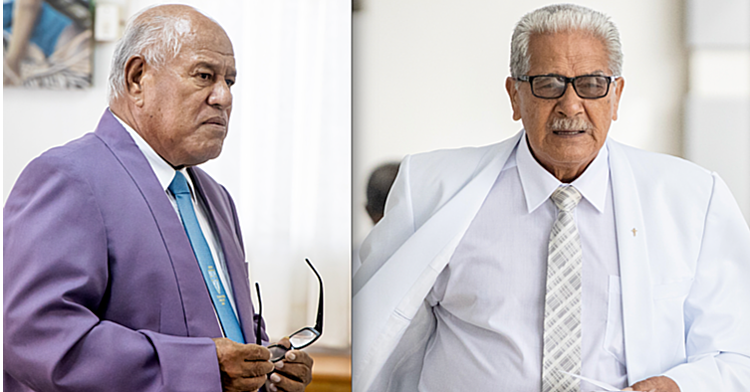 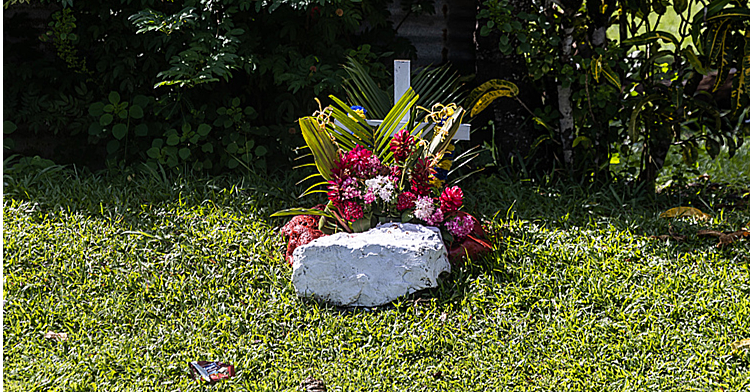 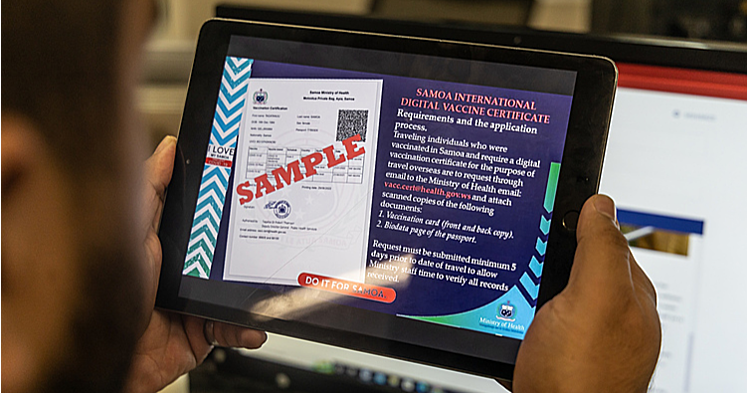