It must’ve been nice…but what was in it for Samoa?

Editorial
The Government Building in Apia which is the nerve centre of the Samoa Government. (Photo: Junior S. Ami)
By The Editorial Board •   04 August 2022, 6:00AM

As we would expect from an active Opposition leader, former Prime Minister Tuilaepa Dr. Sailele Malielegaoi knows when, how and where to strike.

His comments in a story titled "That's the beginning of corruption, Tuilaepa cautions” published on the front page of the Weekend Observer, amidst what has been a very busy couple of weeks for the Government, shows his experience in his new role.

But they say it takes one to know one and after nearly 40 years of being in the shoes that Prime Minister Fiame Naomi Mata’afa and her administration now wear, maybe Tuilaepa knows something we don’t.

Indeed, there was a touch of irony in the former Prime Minister’s tone which was hard to ignore. Regardless of his best intentions, it rang hollow coming from someone who once upon a time ran his Administration with an iron fist. How things have changed!

Still, the points he raised are legitimate and the Government of today would do well to listen and take it as constructive advice.

"I have seen photos of the delegations arriving in American Samoa and it looks like there's a lot of people at the meeting whose attendance is questionable,” Tuilaepa said.

“If they want to take more people, it should be the heads of different government ministries…they should never use this as an opportunity to take their family members and for leisure activities as it defeats the integrity of the delegation and the reputation of this nation.”

These are very serious allegations which demand a response from the Government. If anything, given the fact that the 2022 Samoa Atoa talks was the first opportunity for a face-to-face meeting between the two countries in three years, one could forgive the Government for increasing the size of its delegation due to its excitement!

But taking “family members”, as Tuilaepa claimed, is unacceptable. He also made claims about mixing the Government’s business with that of a political party, in this case, the Fa’atuatua I le Atua Samoa ua Tasi (FAST).

Added Tuilaepa: "You should never mix those two things. If you're at an official meeting, you must be professional and keep in mind that you are there on behalf of the Head of State of Samoa, Parliament, Judiciary and Government of Samoa.

We acknowledge that there are always two sides to a story. This newspaper invites the Government and FAST party to tell the public their side of the story in response to the claims by the H.R.P.P. leader.

However, as an Opposition M.P. and a suspended one at that, we have to take Tuilaepa’s claims with a grain of salt. It wasn’t that long ago when the H.R.P.P. Administration did exactly the same thing with exorbitant spending on travel, large delegations and allowances.

From our standpoint, this is where transparency and accountability must come into play. Aside from the political toing and froing, which is expected, the Government must justify the expenses for activities where they commit public finances.

As the Government of the day, Prime Minister Fiame and her Administration now have complete control of this nation’s affairs. A key part of this privilege includes making decisions they feel are in the best interest of Samoa, including where public funds are spent and ensuring there is accountability and transparency.

The past two weeks, first in American Samoa and the 60th Treaty of Friendship celebrations in Apia, have been wonderful occasions for the new Government. Congratulations!

But that’s one part of the equation. Away from the publicity, photo opportunities and the pageantry, what exactly was achieved for Samoa?

What about the Treaty of Friendship celebrations? How will these meetings help our people deal with petrol prices that are now so historically high for local motorists?

Will it help those kids on the streets peddling goods when they should be in school and will it stop people from stealing at their places of work?

Did someone mention to Prime Minister Jacinda Ardern that their current visa application process is so difficult for the average Samoan it’s become almost impossible to use?

Aside from aid money, which China, Australia and other nations are also offering, is there any real substance to set this friendship apart or was it more of the same empty talk that only cost taxpayers more money which the poor in this country can only dream of?

It is time to get real. We saw enough of it during the H.R.P.P. Administration’s time. Ask Tuilaepa, he knows and it’s partly why he’s no longer the Prime Minister. The new Government promised to be different. Show us the difference! 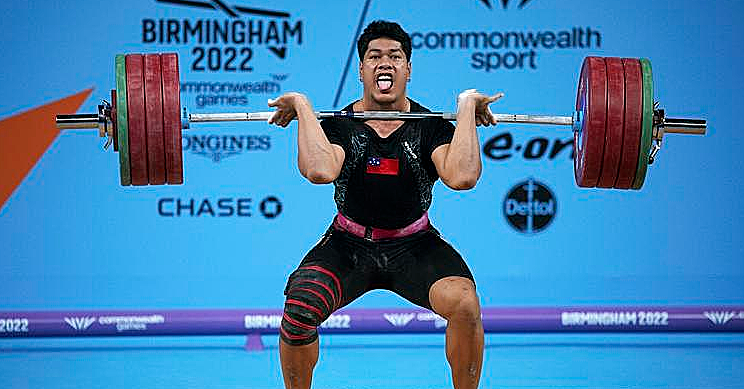