Tuesday was a sad day for Samoa’s Parliament. But it was a day that needed to happen, and for this nation to endure, for the sake of restoring the integrity of the Maota Fono and its members, which had been severely punctured by the political turmoil during the 2021 General Election constitutional crisis.

Here at the Samoa Observer, we have seen enough drama during the past 12 months that today, we would rather have all our leaders put their petty differences aside so they can focus on their promise to put the people of Samoa first. Besides, after a life of service to Parliament and this country, it has been difficult to observe how have things turned out for the former Prime Minister. This is not the legacy we want him to be remembered by, given his contribution to the development of this country.

The suspension, however, had to happen. Aside from feeling sentimental about the characters involved, someone somewhere, had to draw the line. Someone had to be brave, stand up and tell Tuilaepa and Leala, enough is enough. That is precisely what Parliament has done with its decision to approve the recommendation by a Parliamentary Committee to suspend the H.R.P.P. members.

This is a free country and everyone will have an opinion on what unfolded. In fact speaking of opinions, there is merit to the school of thought that forgiveness should have been exercised and let bygones be bygones. This is a Christian country after all, where forgiveness and turning the cheek is often the way to resolve conflicts.

But let us remind today that Christianity should not be used as an excuse. Justice, righteousness and the respect for the rule of law are just as important to God as forgiveness, love and compassion.

The Maota Fono at Mulinu’u is where the laws of this nation are created. The notion that leaders should lead by example remains true today, as it was when it was coined. As Members of Parliament, Tuilaepa and Leala, have a sacred obligation to ensure the laws they created are respected, and that respect starts with them.

In breaching Parliamentary privileges, they overstepped the mark. What’s worse is that they planted a bitter seed that would only grow if it were not dealt with and uprooted.

What would become of the integrity of Parliament and the Judiciary if every Tom, Dick and Harry on the streets of Apia starts acting and talking like Leala and the former Prime Minister? Sadly, Tuilaepa and Leala have never shown any real signs of remorse, judging from what they have been saying publicly since. Crocodile tears and remorse does not count.

If nothing were done now, a very dangerous precedent would have been set. And there are consequences for this type of conduct in this country.

What about the contempt of Court case and the deed of settlement between the two parties? Should that have been factored in? The answer is simple; the deed has already spared Tuilaepa and Leala the wrath of the Supreme Court, which said that “in other circumstances” their actions “might have called for imprisonment…” Most importantly, we remind that the Supreme Court is not the Legislative Assembly of Samoa.

Ironically, Tuesday marked the one-year anniversary of that shameful moment in Samoa’s history where the elected government of the day, Fa’atuatua i le Atua Samoa ua Tasi  (F.A.S.T.) and the Judiciary turned up to Parliament, only to be locked out. They were extraordinary scenes, ones we will not forget for a long time. It was a day of sadness for Samoa too, the once proud beacon of democracy and political stability in the Pacific region.

What role did Tuilaepa and Leala play that day? Where were they? Have they ever acknowledged how that day opened a very sorry chapter in the history of this nation’s Parliament? Whatever it was and wherever they were, the principle of sowing and reaping is something to think about. Look who has been locked out of Parliament now?

Folks, when elected Members of Parliament are locked outside their chamber, and when the Chief Justice and Members of the Judiciary arrive to a locked Parliament building – for the sake of the young generation of this country who are hanging onto every word and action of our Parliament leaders today – we cannot just turn a blind eye and pretend it did not happen. There has to be accountability. This is what democracy is about. O le aso lenei e fa’avae ai taeao.

A functioning democracy hinges on the principle of separation of powers between the three branches of government: the executive, legislative, and judicial. All this, and the aspirations of our forefathers for this nation and her people are enshrined in the Constitution, which is the supreme law, and should always, remain our guide.

Tuesday was a sad day but that is now in the past. With a new dawn on the horizon, let us pray for better days ahead for Samoa, God bless! 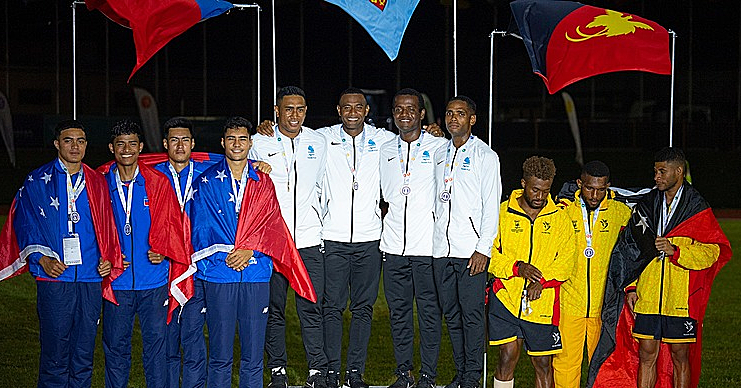