Prime Minister Fiame Naomi Mata’afa on Monday night announced a raft of changes to the State of Emergency (S.O.E.) Orders which would see the resumption of classes, extended trading hours and the opening of international borders.

The announcement by the Prime Minister was hardly surprising, as Fiame gave the nation the heads up in late March, when her Government first promoted “living with COVID-19” and emphasised the need for the private sector and the community to finalise their COVID-19 response plans in line with the changes.

So how did the Prime Minister release statistics of Samoa’s COVID-19 vaccination status on Monday night that were way off the mark from those that were distributed by the State-owned newspaper two days later?

We remain concerned and sceptical about the data collection process of the M.O.H. due to these discrepancies in the official figures being released by the Government. How sure are we that the figures published in the Savali newspaper are accurate and up to date or are they the latest?

And what is the accuracy of the COVID-19 vaccination data that the Prime Minister and the Cabinet are having access to and using to make projections on what is the most suitable time for Samoa’s international borders to reopen and by extension the resumption of commercial flights into and out of Faleolo International Airport?

Two months ago we expressed concern about the accuracy of data coming out of the M.O.H. and last month the former prime minister and Opposition Leader, Tuilaepa Dr. Sa'ilele Malielegaoi also called for a consistent supply of accurate data from the Ministry to keep the public informed.

Last week Tuilaepa again raised concerns about the accuracy of data being distributed during the pandemic, and used as an example “out of date” information that the Asian Development Bank (A.D.B.) quoted in its press release to announce the release of a US$10 million grant to Samoa.

“Our donor agencies deserve to be given up to date data to help them make important decisions on assistance to help us deal with problems we are facing.”

The inconsistency of the vaccination data that Fiame released on Monday with the figures published by Savali newspaper on Wednesday confirms the problems in the Ministry’s data collection process are far from resolved.

With the two-year COVID-19 pandemic wreaking havoc with Samoa’s economy, there is a need to work towards lifting the restrictions, in order to begin the work of rebuilding the economy.

The biggest challenge facing the Government over the next couple of months is to cautiously find the balance between gradually dropping restrictions, while putting in place adequate measures to reduce the risks of importing new cases or spreading new community cases.

This has to be a whole of community effort by continuing to maintain the various COVID-19 health protocols of social distancing, face masks and washing hands to reduce infection. 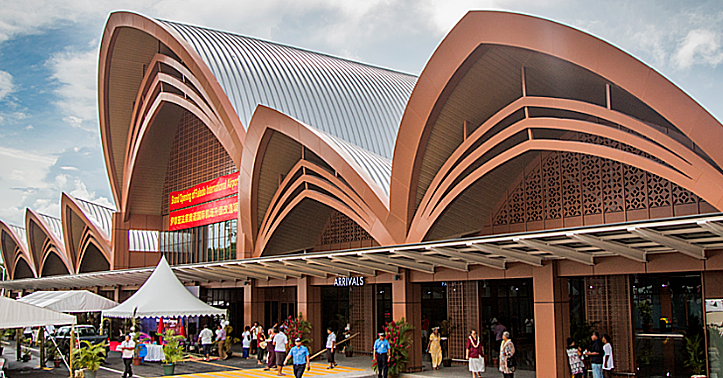 Editorial | With the threat of transnational crime hanging over a lot of Pacific I...