Every opportunity to increase women's representation in the highest decision-making body of the land is always a good thing.

But the issuing of the election warrant after 9pm on Monday night – through the official Facebook page of the Office of Electoral Commission (O.E.C.) – had an uncanny resemblance to three proclamations that the Head of State issued at the height of the four month constitutional crisis after the April poll: to void the election results, suspend the sitting of the new parliament and order the convening of the House in early August. The Supreme Court later ruled the proclamations unlawful and unconstitutional as they were ‘ultra vires’, that is the Head of State acted beyond his powers.

Close to five months later and we appear to be on the precipice of another legal quagmire, courtesy of the same public office holders whose decisions between April and July this year plunged this nation into the crisis.

Firstly, how can the O.E.C. advise the Head of State to go ahead and sign the election warrant that certified the appointments of the eight Members-elect (including the two women representatives) when the 10-day electoral petition window after a general election or a by-election remains open?

Secondly, didn’t the Court of Appeal rule on 2 June 2021 that the six women Members of Parliament for the XVII Parliament cannot be determined until after electoral petitions and by-elections run by the O.E.C. are completed?

Let’s revisit that particular paragraph in the judgement of the Court of Appeal: “We agree with the conclusion that the Supreme Court reached in relation to the third declaration, but we reach that result for different reasons. We consider that it is not necessary to refer the matter back to Parliament for clarification.

“We hold that a plain interpretation of Article 44(1A) provides that the appointment can only be triggered after the final results are known, and this point is reached when the results of the electoral petitions and by-elections, if any, are known.

“We consider that this is a principled way by which Art 44(1A) can be triggered, rather than an ad hoc snapshot moment in time approach, which appears to have been adopted by the Commissioner.”

Therefore, if we are to go by the books in terms of the electoral process, the 10-day window for electoral petitions to be filed by a defeated candidate remains open in line with Samoa’s electoral law.

So was there intent on the part of the O.E.C. – based on the advice that was given to the Head of State resulting in the issuing of the election warrant on Monday night – to ignore the orders of the Court of Appeal?

And then there is the motion that the Attorney-General Su’a Hellene Wallwork filed in the Supreme Court last week on behalf of the Electoral Commissioner Faimalomatumua Mathew Lemisio, which asked the Court to explain Article 44 of the Constitution relating to the six women legislators.

It appears the election warrant that the Head of State issued late Monday night – which announced the appointment of Aliimalemanu and Fagasealii as the new women Members-elect – preempted the decision of the Court, which is yet to hear arguments on the matter.

Last week we praised the decision of the Electoral Commissioner to go to the Supreme Court to seek its interpretation of that particular provision. It was a sensible thing for him to do amidst the current political climate.

However, as a nation that prides itself on its adherence to the rule of law, the issuing of the election warrant on Monday night was 10 steps back for our systems and processes and threw the spanner in the works in our bid to find closure and move on from the events connected to the constitutional crisis of five months ago.

On that note we implore our public office holders to respect the rule of law and the systems and processes of government which defined us as a nation and to learn from the constitutional crisis of five months ago.

History doesn't look kindly upon those who forget it: therefore, it is incumbent on our public officials to be seen to be upholding and abiding by the law. 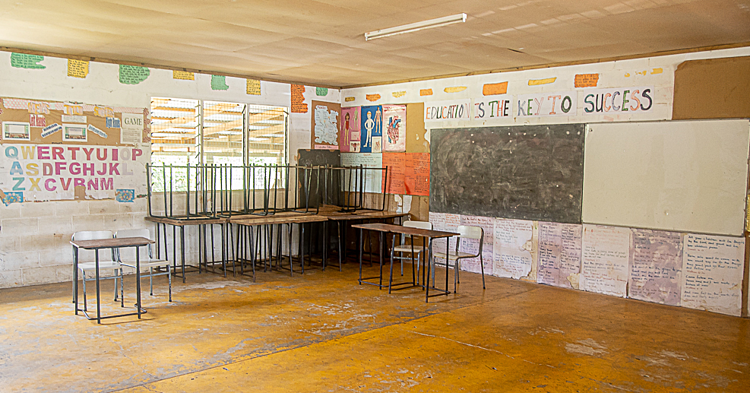