Time for parties to earn our trust

On whom do we depend to enforce the law? The obvious answer is the police.

But our highest aspiration should always be to become a society in which the role of authority grows more and more redundant as people see the law as a thing in itself which must be upheld but also valued.

We would like to think that leading exponents of this ideal would be the very people who make laws themselves: politicians. But we would be wrong. Very wrong.

In fact, it often seems to work in reverse.

This week’s by-elections are once again testament to how little faith can be placed in politicians to exist within the law.

All seven seats have been vacated following post-election challenges alleging that victorious candidates had been in breach of electoral law.

Some were removed by the force of law. Others apparently took it upon themselves to serve as the law in a series of settlements with an array of terms which the Supreme Court deemed as “corrupt” attempts to circumvent the legal system and the proper scrutiny and accountability it brings to bear on those who come before it.

Even this week, after a year in which the electoral court has had a tectonic impact on our democracy, we have seen disheartening examples of alleged breaches.

Tuitogamanaia Dr. Peniamina Le'avai was disqualified from running for the seat of Falealupo this week by the Supreme Court after it was found that he had not rendered his compulsory service (monotaga) requirement to the church under his own title.

“As became apparent in Tuitoga’s evidence those called in support of his position [revealed] his contributions were made through his father matafale not his own,” the church found.

Tuitogamanaia sought judicial review but for more than 20 years there no electoral court matter ever to be appealed in Samoan jurisprudence so its fate seems less than likely.

This robs the voters of Falealupo of a contest and a choice, one which many will have been actively following in the lead-up to this election.

So who are we to blame?

An October across-the-board relaxation of electoral laws concerning the issue of the monotaga prerequisite was an attempt to avoid the many messy local conflicts that had emerged over the issue in the lead-up to nominations for the April poll.

Where previously a candidate’s monotaga had to be attested to be village authorities, third party witnesses were now allowed to swear by a candidates’ contributions to their churches.

An attempt to streamline the process may have been, but the only effect it had was to weaken procedures surrounding candidates’ lawfulness, something which was immediately tested.

Given the high number of elections being determined by judges, it is clear that all future amendments to the Electoral Act should go the other way; to tighten and not relax its provisions.

The simple truth is that many of these cases never should never have made it to court to begin with.

Whether a candidate has fulfilled the main requirements for running for public office: age, chiefly and residential status and the monotaga are considerations that should be relatively easily ascertained before they are even pre-selected.

Parties have shown themselves proficient organisers, fundraisers and campaigners there is no reason why they should add vetting to their list of responsibilities.

The Faʻatuatua i le Atua Samoa ua Tasi and Human Rights Protection Party both would hold strategy meetings on a regular basis as they regularly met to discuss campaign tactics, the allocation of resources and how to manage emerging issues.

But what good are political tactics if they only result in a candidate being declared victorious momentarily?

As we see Samoa develop a two-party system that is a feature of so many other parliamentary democracies, it is time for the onus to ensure candidates and campaigns are legal begins to fall on them.

We believe that parties should establish internal pre-selection committees that will not endorse candidates until they are satisfied that they meet all the requirements a political candidate must possess and are of good character generally.

These committees, composed of eminent people from within the party ranks but inactive from public life currently, should also be regularly checking on candidates’ conduct during the course of the election to make sure it stays inside the law.

Many have shown that they will do almost anything required to secure their grip on power. It is time to make obeying the law a non-negotiable part of this culture.

On the front page of yesterday’s Samoa Observer the main headline screamed: “Passp... 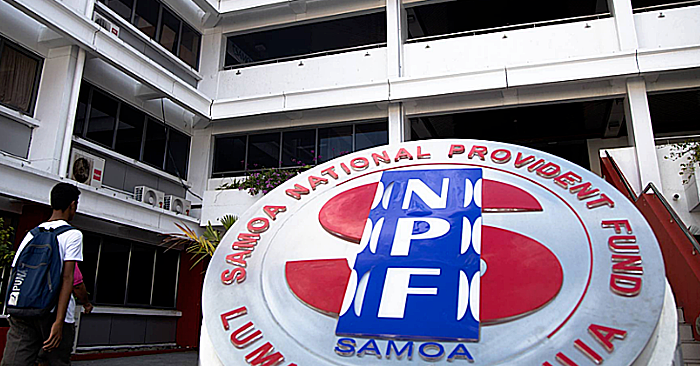 Editorial | What is wrong with embracing a corporate culture that would boost acco...