Tales from under a breadfruit tree

Editorial
Human Rights Protection Party supporters were stopped by the Police from proceeding to the Parliament. (Photo: Anetone Sagaga.)

Amid heavy police presence and barricades set up at Mulinu’u closing off public access to the Parliament precinct Tuesday morning, the veteran politician Tuilaepa Dr. Sa'ilele Malielegaoi declared “what a sad day for Samoa!”

The Human Rights Protection Party (H.R.P.P.) leader and former Prime Minister is correct: it was indeed sad that he and his 17 unsworn party Members were not in the Parliament to witness the tabling of the Fa’atuatua i le Atua Samoa ua Tasi (F.A.S.T.) Government’s $982 million budget.

But the bigger tragedy is how Tuilaepa and a number of his party executives disseminated flawed legal interpretations on the swearing-in of parliamentarians and the role of the Head of State.

It put them at odds with the established norms of Parliamentary Standing Orders, resulting in the Speaker Papalii Lio Masipau recently choosing to forgo that process, which would have enabled them to get sworn-in to sit in Parliament.

And just like the 24 May 2021 impromptu swearing-in by the F.A.S.T. party under a tent on the lawn of the Parliament; after the caretaker H.R.P.P. caretaker administration locked the chamber to force Fiame Naomi Mata’afa and her party Members to get themselves sworn-in outside; it appeared as though the new Government had now turned the table on their political rivals.

As the Minister for Finance Mulipola Anarosa Ale Molio'o delivered her budget speech in the 51-seat Parliament chamber; in the process becoming the country’s first female Finance Minister to hand down a Government’s budget; Tuilaepa and his Members were seated under a breadfruit tree some 200 meters from the Parliament precinct listening to a Radio 2AP live broadcast of the budget session.

It would have been the perfect script for a political thriller: how Samoa’s longest serving Prime Minister and his 41-year-old party got outmaneuvered by a woman-led political party that only got established in June last year.

And sadly a new chapter of sordid tales gets to be added to the book as the veteran politician refused and continued to question the rationale of the Court of Appeal’s landmark judgement in July this year which installed the F.A.S.T. Government.

So who will accept responsibility within the H.R.P.P. for the blunder that saw 18 constituencies miss Tuesday’s crucial tabling of the new Government’s fiscal budget due to the absence of their elected but yet to be sworn-in Members?

And will the Members of the H.R.P.P. take their responsibilities as legislators in the new parliamentary term seriously and acknowledge that it is the people who gave them the mandate through the general election?

Close to 160-days after the end of the 2021 general election, it is time for voters in the affected constituencies to take their Members to task over the decision-making of their elected representatives.

It has become clear in recent months that the H.R.P.P. lacks direction and has not necessarily represented the interests of citizens and the public good, let alone became responsive to the needs of their voters.

Bearing witness to the tabling of the F.A.S.T. Government’s first ever budget on Tuesday would have put the former ruling party in the box seat to scrutinise their political rival’s annual money plan, to ensure the Legislative Assembly shapes it as well as provide budgetary oversight for the benefit of the people.

But the leadership of the party with over two decades of experience in handing down annual budgets failed this nation when they were absent during the first sitting of the XVII Parliament on Tuesday.

As Prime MInister Fiame Naomi Mata’afa said in the Parliament on Tuesday, the 18 unsworn H.R.P.P. Members only have themselves to blame for missing the sitting, which saw the tabling of her administration’s budget.

"That ship has sailed. They have forgotten how we begged and asked them to convene parliament after the election in April,” she told Parliament.

"Who prevented parliament from convening back then? Who is to be blamed for the situation they are in right now, with their elected Members being un-sworn?

“The Courts offered two opportunities for parliament to convene back then, but rejected those chances so what now?”

Food for thought for the unsworn H.R.P.P. Members who are in desperate need of accountable leadership.

And more importantly a reminder that the mandate to serve the people ultimately comes from the people. Therefore elected representatives should not take their roles and responsibilities for granted as to do so would come at the expense of the people. 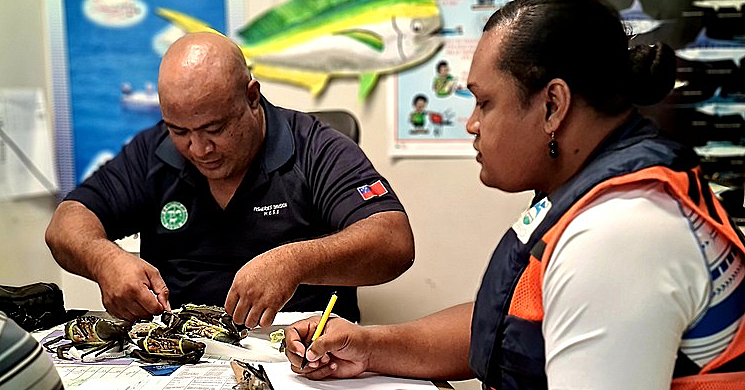 You are reckless if you sell or buy undersized fish

Editorial | It is disappointing that members of the public, let alone fishmongers,...