This past week has felt like an eternity of ‘what ifs’.

And now we have an answer, with the preliminary count of election votes at press time putting the Faatuatua i le Atua Samoa ua Tasi (F.A.S.T.) party neck and neck with the incumbent Human Rights Protection Party (H.R.P.P).

According to the unofficial count, one Independent holds the key to the kingdom, and all eyes are on the winner of the Gagaemauga No.1 seat to see which side he will choose, if at all.

Although there are a few more hurdles ahead – a final count of votes, potential election petitions – we can hopefully be forgiven for sharing some reflections on the outcomes of these elections.

First, we say well done to all candidates who have put themselves through a rigorous few months of political trials, making it through the final hurdle of Friday’s General Elections.

It is no easy feat to step forward and vie for a seat in Parliament. You are essentially inviting a world of inquiry and criticism in to your professional and personal life. One must have the thickest of skins to be a politician, so we wish all winning candidates the best as they develop their own personal armor over the coming weeks, months and years.

Because the final count is days away, and as this newspaper goes to print we have not heard from several front runners, winners and party leaders, we choose to err on the side of caution with any congratulations for any one candidate or party.

One aspect we can all be proud of, and look forward to, is a diversity of voices in our next Parliament.

The prospect of a strong opposition in Parliament is exciting, as it means a strengthening of our democratic processes and greater inclusion and transparency in the public sector. Something these elections votes have demonstrated is sorely needed.

No doubt every voter now understands the power of their ballot, and all things considered - that can only be a good thing.

We also acknowledge the work of the Office of the Electoral Commission. The public have enjoyed unprecedented access to the electoral process with awareness campaigns, lightning fast updates and engaging social media content; as well as a huge improvement in transparency since last elections.

We are proud to have contributed to public awareness of such an eye-opening election year and election campaigns. After all, the question on everyone’s lips, for months now, has been – who will win?

The day of the main event finally arrived and as Larry Sabato succinctly puts it, “Every election is determined by the people who show up.”

From our election officials who have given of their time and energy to make the process as easy and seamless as possible; to media organisations who have pursued every side of the voting reality; and of course the voters who have shown up and made their choice for who they believe is best to lead.

It has been made abundantly clear that anyone in a seat of power should never rest on their laurels, but always strive to serve the public with their best interests at heart.

While the end result is worth exploring, and no doubt many analysts will spend hours poring over the results, the fact of the matter is – this is what the people want.

The unofficial split in the house, with one independent undeclared as of press time, clearly demonstrates that we are in a time of political division amongst our communities.

Whilst that may seem alarming to some, it is actually a great development for our country and our people.

What greater example of personal freedom, than to choose freely who will lead our country?

There is a prevailing belief that Samoans vote for family. That we don’t vote on the issues. This may have been an all-encompassing truth in previous elections, but something different has been in the air for 2021.

This time around, Samoans have been immersing themselves in many of the big issues. And while decorum may restrict a Samoan in a traditional setting, we have seen those inhibitions loosen over recent months.

That momentum finally came to a head with our General Elections, held throughout this week from Monday pre-polling to the general vote on Friday.

And what a week it has been! Everywhere you go, the topic of conversation eventually comes around to elections. The tentative queries about your political leanings, the side eye if it’s not who they like, the look of relief when it is.

On the ground these past few months, we have seen our fellow countrymen and women slowly come out of their political shells.

A year ago you would be hard pressed to find a F.A.S.T. supporter in your daily travels. But this year? It has been a game changer.

Whatever your feelings on this election, the fact that we are free to discuss, challenge and celebrate our views and affiliations without persecution, is something we should never take for granted.

This newspaper commends the good work of our previous Government. It is a fact that Samoa has developed over the last 40 years in to what it is today – a beacon of political stability in our region.

But complacency and passive acceptance of the status quo is not healthy for democracy.

And these elections have proven that our country is still a thriving democracy because we are still striving for something better.

Perhaps that is why there has been so much outpouring of opinion over these elections.

When those you trust speak up and speak loud about what they believe, you can't help but listen.

Samoans respect those with strong family ties, experience and historical knowledge of this country and her people. They respect bravery and conviction.

These qualities can be found in both leaders of the H.R.P.P. and F.A.S.T.

And we are the better for it.

Our views on national issues may divide us, but they should never separate us as friends, colleagues or family.

If we are indeed a nation founded on God and revered for our hospitality and respect, now would be the time to extend that love and respect to your neighbor, with whom you may not align politically, but with whom you will share the journey over the next five years.

As a representative of the Fourth Estate, the Samoa Observer wishes each winning candidate the very best as they go on to assume their duties and uphold their promises to serve this country and lead us towards a future where no one is left wondering, “what if?” 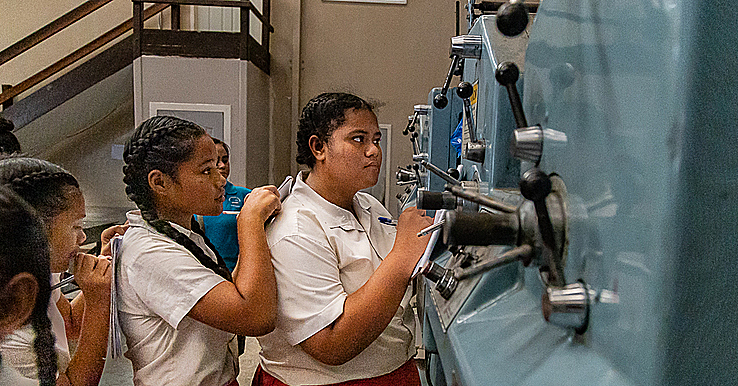 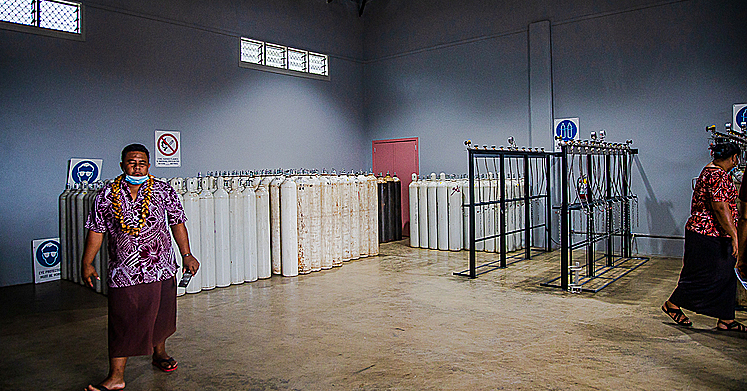