As news went out Thursday morning that former Cook Islands Prime Minister Henry Puna is the new Pacific Islands Forum Secretary General, attention shifted to the Micronesian block and their threat to leave the regional grouping.

In the lead-up to Mr Puna’s election on Wednesday – which came down to a 9–8 vote in his favour after a marathon virtual conference session between the leaders failed to reach consensus on a new appointee – there was a lot of media commentary on how the threat by the Micronesian block for leaders to endorse their candidate Gerald Zackios would threaten regional solidarity and the future of the Pacific Islands Forum.

A day later we are yet to hear if the Micronesians have packed up and left the Pacific Islands Forum, after Mr Zackios lost the vote to the former Cook Islands P.M. in a nail biting finish to the Special Pacific Islands Leaders Retreat.

But the real Pacific solidarity threat was happening away from the regional leaders’ zoom conference screens on Wednesday night, when Fiji authorities descended on the residence of University of South (U.S.P.) Vice Chancellor Professor Pal Ahluwalia and his partner Sandra Price under the cover of darkness, and took them into custody before they were deported from Fiji.

The deportation of the Australian academic and his partner was the culmination of a year long battle between Prof. Ahluwalia and Fiji government-connected U.S.P. Council Member and Pro Chancellor Winston Thompson.

Prof. Ahluwalia’s crime? Exposing a culture of entitlement including alleged exploitation of staff allowances and bonuses by the previous U.S.P. administration, of which Mr Thompson was a member.

The allegations of the mismanagement of funds at the university were confirmed by the international accounting firm B.D.O. Auckland in a report, which was presented to the U.S.P. Board in 2019.

And from thereon started a crusade by the Fiji government and its representatives to have Prof. Ahluwalia removed as the U.S.P. Vice Chancellor, despite opposition by most of the university’s 12 Pacific Island states co-owners including Samoa.

The key questions that should be asked following the unilateral action that the Fiji government took on Wednesday is why weren’t Prof. Ahluwalia and his partner accorded due process by the local authorities in line with the rule of law that Prime Minister Voreqe Bainimarama and his government have espoused to uphold?

And were the findings from the B.D.O. Auckland report so incriminating that it would force the intervention of a government on behalf of individuals who represented its interest on the University Council?

The irony behind the Fiji government’s deportation action is last month Fiji was elected to head the United Nations Human Rights Council, which is an intergovernmental body within the U.N. system charged with the responsibilities to strengthen, promote and protect human rights around the globe as well as address human rights violations.

The deportation of Prof. Ahluwalia and his partner would have massive implications for Fiji’s international standing and its respect for the rule, and raises further questions about the Bainimarama government’s commitment to respecting the human rights of both its citizens as well as foreigners currently resident in Fiji.

From our standpoint, the deportation is a message to both Fiji citizens and its foreign residents that anti-government sentiment and criticism as well as exposing incriminating evidence that puts government-connected individuals in bad light will not be tolerated.

The deportation strikes at the heart of the institutional autonomy of the Pacific Islands’ only regional university, and threatens to inhibit academic freedom by both U.S.P. staff and students, thus restraining them from pursuing disciplines where their research and studies could put them at odds with official Fiji government policies.

As a co-owner of the U.S.P. with 11 other Pacific states, Samoa’s position on this matter has been clear with the Government in Apia condemning moves by Mr Thompson in the last 14 months to remove Prof. Ahluwalia, and even threatened to have him removed from the University Council.

Ultimately it is the future of Samoan students, who have chosen the U.S.P. as their higher education institution to enable them to realise their dreams as professional men and women, which is at stake.

The offer by the Samoa Government to relocate the Vice Chancellor and his administration to Apia to manage the regional university from Samoa – as expressed by the Education Minister Keneti Loau Sio – warrants serious consideration by the U.S.P. Council, the university’s co-owners and key donors Australia and New Zealand.

If hard decisions need to be made by the U.S.P. Council and its co-owners to safeguard our children’s future in terms of the delivery of quality education then there shouldn't be any hesitation in making those tough decisions.

With the 2021 academic year less than a month away from starting at the U.S.P. main campus in Fiji and its various regional campuses including Samoa, it is time for the University Council to take the bull by the horns and address the issue including the future of Mr Thompson. 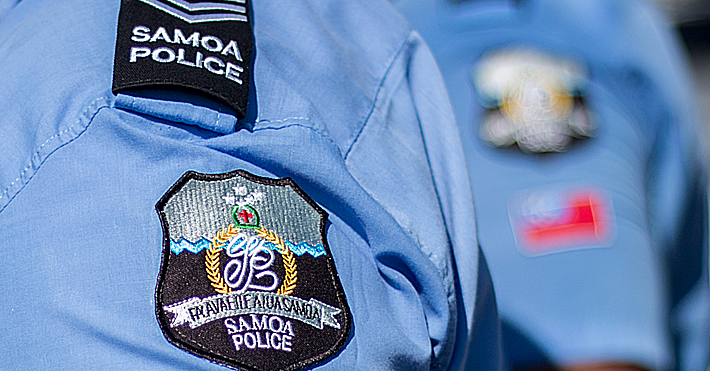 Editorial | The timing of the reporting of a marijuana plantation at Salelavalu, c...