Budget, prosperity and the need to lift S.O.E. to help the economy

Minister of Finance Sili Epa with other Members of Parliament and senior Government officials at Mulinuu on Tuesday. (Photo: Vaitogi Asuisui Matafeo)

On Tuesday at Mulinu’u, the Minister of Finance, Sili Epa Tuioti, presented the Government’s budget for the final year of the XVI sitting of Parliament.

In tabling a $965 million statement on estimates featuring $83 million Phase II stimulus package, the budget theme was revealed as “weaving a prosperous and secure future of Samoa together.”

It’s a wonderful idea. But that’s quite a mouthful for a budget theme especially given the precarious economic, social and political challenges this world, let alone this nation, is facing.

Looking at how the global economy is crashing around us, prosperity is not exactly a word that comes to mind. There is so much fear; uncertainty and anxiety all over you’d have to be extremely optimistic to even think prosperity at a time when everyone is in survival mode.

The truth is that the Government will always have a difficult job to convince people with its budget allocations. It’s a fact that not everyone will agree with where, when and how monies are allocated given the competing priorities. This budget is no exception.

Besides, we find it quite difficult to understand how this Government, in this final year of this Parliamentary sitting, can confidently claim that it is “weaving a prosperous and secure future” for Samoa given it’s behaviour lately.

Considering how authoritarian the leadership has become and some of the laws it is ramming through Parliament, and ultimately down people’s throats, the fact that so many people are concerned about the future of Samoa, is not a coincidence.

There is a growing chorus of opposition and warnings from people especially about the threat to measina such as lands, titles, culture and a lot more. This speaks volumes about the level of confidence people of this nation have moving forward. And they have a point.

Still, spare a thought for Minister of Finance Sili. His job, as it has been for the past four years, was to formulate a budget and deliver a budget address that sounded credible and believable during a time when the Government has been accused of being so broke it has had to resort to “dirty money” to try and stay afloat. This was obviously not lost on Minister Sili’s mind.

“Mr. Speaker, the fiscal expansion presented herewith should not be cause for concern,” he responded during his budget address.

"There have been concerns circulating within the country around the possibility that the Government is bankrupt and no longer able to pay its debts.

“At current, the Government’s financial position remains sound and the appropriation of its revenues remains sufficient to sustain its operations.”

To highlight his point, he explained that $89 million is included under the total $137 million in statutory payments allocated for servicing public sector debt. The figure is taken from the overall Government revenue stores of $838 million.

“This means that after paying our debt servicing, a total of $749.2 million is left to be appropriated towards remunerations for public servants, payment of operations as well as other development programmes of the Government.

“In terms of percentage, only 11 per cent of Government revenues go towards our debt servicing while 89 per cent remains for other operations of Government and its key developments.”

Again that is extremely reassuring. It’s good to hear it from the Minister of Finance himself.

“Despite current circumstances, the Government remains confident that we can work together to ensure strong economic growth for a better future for all.”

He continued that here “there is an overwhelming sense of pride in glancing back over the course of the past five years and seeing the many challenges that we have been able to overcome through quick and efficient facilitation of prudent fiscal policies that currently oversees Government’s finances.

“Samoa has long been considered one of the most advanced economies within the Pacific in terms of developments and strategic direction.”

With that said, he assured that the Government’s financial position remains strong and that despite the present difficulties and predicted downturn, Sili said Samoa’s economy has the ability to quickly recover.

Well the Minister and the Government’s optimism are good, isn’t it?

But talk is cheap especially at a time when businesses, private sector, families and individuals are hurting. Aside from concessionary offers and cash that appears to be deliberately thrown out with the General Election in mind next year, how exactly is this budget going to help businesses that are suffering and on the verge of sinking? Now the budget has just been delivered and has been referred to the Committee stage before it is returned to Parliament where it will be debated and passed. It will be very interesting to hear what but experts, other political parties and analysts have to say about it.

In the meantime, it is no secret that this country has been through so much during the past year. What with the measles crisis, bad weather and now the coronavirus imposed lockdown, this country is hurting. The worst part is that nobody seems to know where and when this is likely to end. Minister Sili clearly alluded to it.

“At current, no one can predict how long it will take to find a cure or vaccine for the COVID19 which is the only condition that will satisfy the reopening of our international borders to service our tourism industry as well as support usual business trade which have borne the weight of the detrimental effects of the pandemic,” he said.

The Government’s position is understandable but they need to be a bit smarter and show a lot more urgency in navigating these waters. Tourism is one of the main drivers of the economy both in revenues to Government and employment of people – particularly the youth. We strongly recommend that while the Government continues the strict border control, perhaps it’s time to relax all other S.O.E. rules to allow the economy to self-stimulate.

The current situation is not ideal. But what’s even more frustrating is that with no case of coronavirus and borders being shut, it feels like Samoa is shooting itself in the foot by continuing to punish businesses and people with restrictions that just don’t make any sense.

The Government’s budget, regardless of the spin from Minister Sili, is a pretty desperate one. This nation needs to help itself and the Government can do a lot to facilitate that process by ending this S.O.E. so that everyone can get back to business to allow the economy to start turning again.

At the moment we have no case of coronavirus and pretty soon, many people fear, and rightly so, that we’ll have no economy. What do you think? 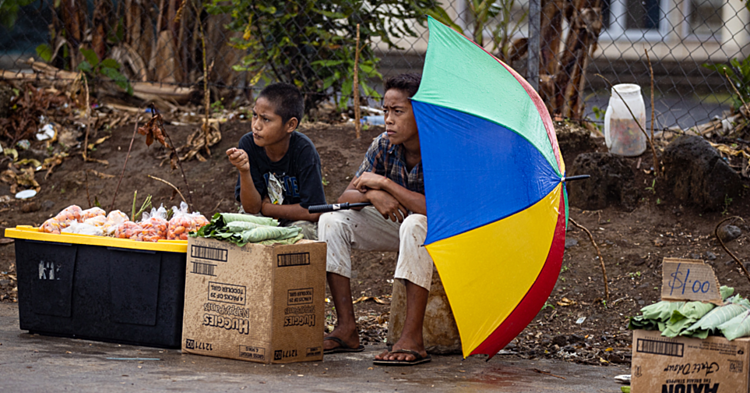 OPINION: All it will take is one careless person to spread the coronavirus in Samoa. Apart from the fact there is no cure just yet, our health system will not be able to withstand an outbreak on these shores. The cost in terms of lives and the economy is just too enormous to even begin to comprehend. 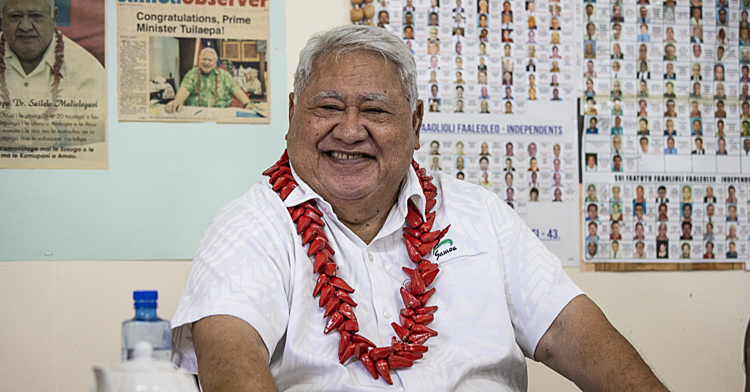 OPINION: If anybody doubted the unity and solidarity within the party ranks given some recent developments, the unanimous decision in the reappointment of Tuilaepa speaks volume about the trust they have in his leadership and ability to steady the ship. For good reason.