Sunday is a day of rest and going to church (Photo: Areta Areta)

The spirit behind the Government’s decision to enforce Sunday restrictions on businesses and other activities makes sense if the goal is to respect and honour the principle of the Sabbath. As a nation of Christians, most Samoans would agree to an extent that there is a need to be seen to respect what is normally referred to as a day of worship and rest in the villages and all parts of Samoa.

But how will the decision to close businesses, ban swimming and send people to church for one day of a seven-day week change behaviours? Is this supposed to be the Government’s magic solution to end all our social and crime problems?

Let’s not forget that the Government changed the Constitution several years ago to declare Samoa an official Christian state. Nothing wrong with that but how has that declaration changed anything?

The truth is staring at us unblinkingly in the face. While hard drugs, guns and monies linked to drug cartels have become a major problem, the challenges when it comes to morality, violence, honesty and crimes such as rape, incest and others at all levels of society have never really been solved.

In fact they are getting worse. How do we know? The Police say so.

He revealed that assault cases dominated total arrests made during the last two months while the nation was in the throes of the coronavirus pandemic state of emergency lockdown.

“The number one crime the people are going to jail for is assault,” Fuiavailiili revealed.  “Sixty-four per cent of those crimes are crimes against a person, and 36 per cent are a crime against or damaging property. Comparing this year to the last, the statistics have gone up for domestic violence and also in total reported crimes for Samoa.”

Let’s take some time to think about this. How does this happen in an official Christian state? What’s even harder to digest is the idea that during an S.O.E. lockdown - yes we are talking about less movement and all the restrictions - and still more crimes were committed? How is that possible?

Would it be fair to say that some people in this country have nothing better to do but think about committing crimes? Would it be wrong to suggest that many of these people are the same ones attending churches on Sundays? Now hold that thought for a moment.

"I have witnessed some of the kids who have just finished their school and come here to wait for their buses being bullied by these groups,” she said.

“They ask them for something and if they don't give in they start to hurt them. The Police should try and look into these kids because for me as a parent, if this is the case here at the market, then this place is not safe at all for my children.”

“I have worked in Los Angeles for some time so I am very familiar with gangs," he said.  "These are just little guys, young guys who want to make a name for themselves and prey on the weak and the vulnerable. It’s usually kids.”

What are these “little guys” and “kids” doing “preying on the weak and the vulnerable”? Aren’t “little guys” and “kids” supposed to be in school, getting an education and becoming excited about the prospects of doing so well and making their families proud? As “kids” isn’t that the time where they are supposed to be full of dreams and aspirations? Obviously not with these “little” gangsters.

So what is going on in beautiful Samoa?

Let’s get back to the point about the Sunday ban and restrictions. The spirit behind the decision is noble but it is nowhere near enough. The problem with Samoa is that if the Government is serious about changing things, someone needs to tell them that we cannot just be “Sunday Christians” speaking “Christianese” and hope things will get better.

To be fair to people who are genuine Christians, and there are many of them in Samoa, Christianity is not supposed to be something you do only on Sunday mornings. It is a lifestyle that is supposed to honour God and to love our fellow mankind on a daily basis.

A Christian should reflect the principles of Christianity. Which means that whatever you do, whether you’re the Prime Minister, Judge, farmer or a stay home mother, your actions should be a reflection of an intimate relationship with a loving God. And it begins from the things that you say and do.

Don’t get us wrong. We don’t oppose Samoa becoming a Christian state. We also don’t necessarily oppose the restrictions on Sunday mornings in that spirit?

But let’s stop kidding ourselves. The problems before us today will require a lot more than just an hour at church on Sunday morning.

Just because you sit in a garage doesn't make you a car? Think about it. 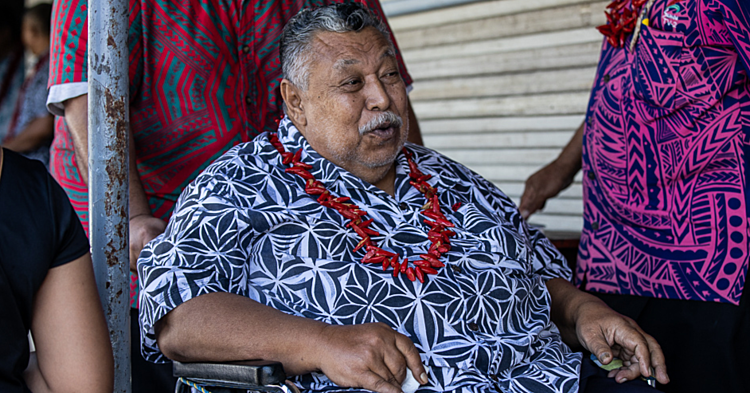