The Govt. goes all in but mind the aftershock

Donations from Samoans and those overseas have been the only lull in two months of sadness. (Photo: Aufai Areta Areta)

If there has been any lull in two months' unrelenting sadness it has been in displays of kindness.

But so too has there been comfort in not only the speed with which other nations have responded but how many have done so.

Not only have nearby neighbours, such as Australia, New Zealand New Caledonia provided vital and lifesaving medical equipment.

Other countries from as far away as Norway, England, China, Norway and Japan have mobilised resources to remind us that the South Pacific is not a forgotten slice of the world.

The flow of these resources have strengthened the Government's hand. Vaccines are no longer being rationed. And with medical expertise in place today's front page story showing the total shutdown of the nation this Thursday and Friday it is clear the Government is trying to finish off its mass vaccination campaign in one fell swoop.

The sheer extent of the disruption proposed, scant warning given and apparently ad-hoc decision-making involved will provoke complaints. Like much of the measles response heretofore questions will be raised about why we have chosen to act when we have.

But it will be whether these measures deliver results that will count. Nothing else.

We have said much to the Government’s discredit about the speed with which acted during this epidemic.

But we can find no fault with the more than 50,000 people who have vaccinated in one fortnight, since the Government’s mass vaccination campaign began only 14 days ago.

Now, with the arrival of adequate supplies from overseas, an entire civil service to help canvas and track down populations and numerous foreign medical teams the Government is making a bold bid that perhaps the same and more again can be achieved over these two days.

How far the Government's thinking has come in such a short time. It was not long after the epidemic was declared that the Director-General of Health, Leausa Dr Take Naseri, said that Samoa could not force parents to get their children vaccinated because it was not a “communist” country.

We pray that that its outlook achieves its ends.

But it is also clear that even if the outbreak soon reaches the point when infections begin to recede and even after deaths stop altogether, the pain for Samoa will carry on far longer.

The enormity of the measles crisis in Samoa has been indivisible from another social ill in this country: poverty.

A large part of the highly complicated explanation of why Samoa has been hit so hard by this outbreak which by now has spread around the world must be poverty.

As a story on the effects of measles on business today warns, once its human toll is counted, we will face challenges anew.

It’s a cruel irony that just before the epidemic was declared Samoa’s economy has sprung back into substantial growth of 5.7 per cent after two years of barely growing at all, or just above a fraction of one per cent.

That growth was entirely driven by tourism and a resurgent interest in Samoa, especially from the European market.

As we report today tourism was almost entirely responsible for the $120 million boost our economy registered last year.

Already there are signs that resorts, such as Manases Resort are reporting massive cancellations.

The potential flow-on effects onto workers will be massive. But of course in the past decade we have more than once been through and seen off challenges of similar or greater magnitude to these.

Let us pray that Thursday and Friday’s efforts deliver.

And if they do, let us keep the spirit that sustained us through these past two months alive because, no matter the outcome, acts of kindness will be required a little longer.

Have a good Wednesday, Samoa.

Use of prisoners on “private” errands. Risks to Government integrity

OPINION: Public perception of a Cabinet Minister with oversight over our prison system, using prisoners to clear his or her private land, would not look good for a Government that continues to promote a strong anti-corruption platform. 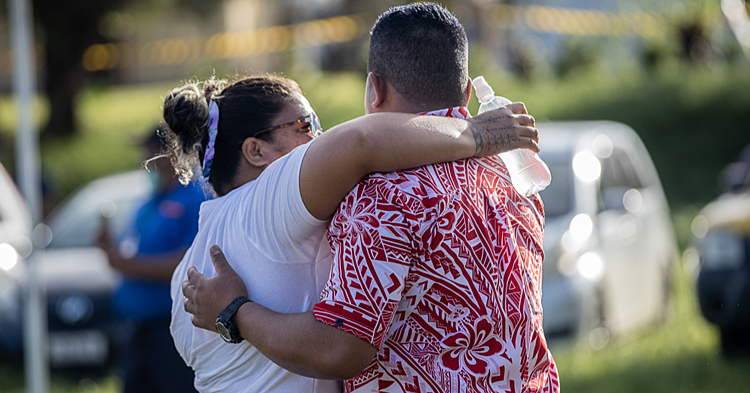