With absolute power anything is possible!

I suppose we should now say thank you to Prime Minister, Tuilaepa Sa’ilele Malielegaoi, and Attorney General, Lemalu Hermann Retzlaff, for making sure that “freedom of religion” in this country is immune to “threat” today, and at any time in the future.

Incidentally, that assurance of theirs was spelled out clearly on the front page of the Weekend Observer, of 9 June 2017, under the headline that read: “Freedom of religion not threatened: A.G.”

The questions then are: Who today believes that freedom of religion in Samoa is under threat?

Indeed, are there citizens of this country today who are afraid that that their freedom to practice the religions of their choice are, under threat?

We would dearly want to know.

All we know is that Parliament had endorsed an amendment called the Constitutional Amendment Bill (No. 2) 2017, and since then it had been made a part of Samoa’s Constitution.

And that Bill, as Attorney General, Lemalu Hermann Retzlaff, has pointed out would not in any way, endanger freedom of religion anywhere in Samoa.

He said: “The amendment did not amend, alter or change the rights of individuals within Samoa, to exercise their religious beliefs as they deem fit.”

He also said: “This individual right is outlined in Article 11 of the Constitution, ‘Freedom of Religion’, and it remains untouched.”

“So while the national religion is now confirmed as Christianity,” he explained, “the individual freedom of religion of all citizens within our nation, remains intact.”

Still, when was the so-called “national religion” that  Lemalu is talking about, confirmed as Christianity?

Indeed, why is it that it feels as if he’s just skirting around the dirt, if you’d kindly excuse this little pun here?

Since as far as we’re aware, this country’s “national religion” was Christianity, it was confirmed way back when its Constitution was written and ratified, and it is still considered valid  today.

That way, the amendment Bill in question, according to Lemalu anyway, “is effectively a declaration placed within Article 1 of the Constitution, which is an Article that legally describes Samoa as a nation.”

Whatever that means though we have no idea.

And if our opinion was sought, we’d be quite happy to say that this is the ill-intentioned wave of confusion, we’re  drowing in today.

Still, Lemalu points out: “The Amendment has now taken the step of placing these acknowledgements of our Christian faith, within the body of the actual law itself.”

He then reminds that “when the Bill was introduced, Prime Minister Tuilaepa said the Constitution’s reference to Christianity was only in the Preamble, and this was inadequate.”

He said it was “inadequate in terms of how Samoa as a Christian State is not included in the body of the Constitution, and instead it is in the cover.”

Now the question is: “Were the framers of the Constrituion  blind which was why they did not insert the preamble inside the Constitution, but outside it instead?”

Which follows that this is why the preamble is not a part of the Constitution?

And because of that little anomaly, Tuilaepa reckons: “This does not stand in Court as it is not included in the body of the Constitution.”

Anyway, that was what he said he understood that “the main reason the preamble was not included in the body of the Constitution then, was that there were no religious wars in Samoa when the Constitution was written.”

And so the question now is:

Are there wars in Samoa today? And if so, would Prime Minister Tuilaepa Malielegaoi, be kind enough to show the country where those wars, are being fought?

Still, Tuilaepa said perhaps our ancestors were not thinking about wars at the time.

Now is that so? Does that mean we’ve been misleading ourselves all these years, so that every time we’ve been saying ‘Samoa is founded on God’ because that is what our Constitution has been telling us, we’ve actually been fooling ourselves as well as everyone else?

Indeed, now that our government – after it has been bragging around the world over the last 55 years that it was both politically and religiously free, and yet it has just added that silly amendment to its Constitution which has now  made it officially free for the first time - what are we going to do about it now?

In the mean time, have a peaceful Sunday Samoa, God bless! 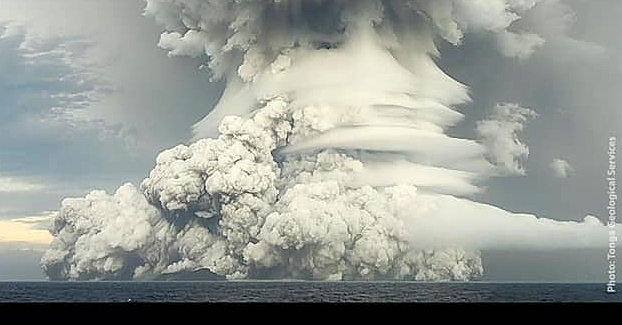 Tonga’s twin disasters a reminder of our vulnerabilities

Editorial | The disasters that hit our Polynesian neighbours on Saturday should al... 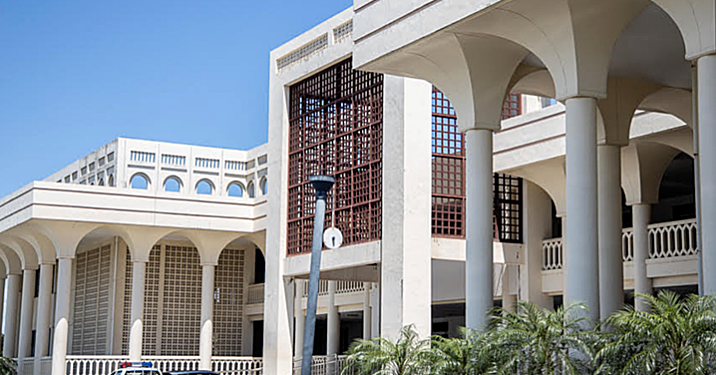 Repairing the Mulinu’u wheels of justice

Editorial | There are too many questions and very few answers. Obviously, an indep...