Call me old school – or whatever name you want – but I think there is something odd about this strong push to include sex education in Samoa’s school system.

We’ve got far more serious problems to deal with in schools. Like getting better results in Mathematics, Science and literacy subjects, which we know have been very poor during the past few years.

That should be the priority.

Besides, what parent sends their children to school to get an education on sex? Precisely. We don’t send our children to teachers to give them a lesson about sexual health. That is not their responsibility, as if they haven’t got enough to deal with already.

Don’t get me wrong, like many people who are pushing the subject, I believe there are some merits for it. The alarming rise in sexually transmitted infections, and other sexually related diseases among our young people for instance, obviously point to a need to educate them about how not to contract it.

And like most pressing challenges today, there is definitely a need to begin, and continue a well-informed conversation around the issue, with the hope that it could provide a solution to the horror statistics we see today.

But will ramming the issue down the throats of boys and girls at school solve all our problems? Will it guarantee that people, young ones especially, will have safe sex or less sex for that matter?

Which is why we find it interesting – and sometimes downright annoying - that this call for sex education to be part of the school system keeps popping up. Folks, the point has been echoed over the years. We’ve heard it time and time again.

Two weeks ago for example, the issue resurfaced in a story published on this newspaper. The story said that while some parents say that there has never been a better time to integrate sex education in Samoa’s school curriculum, others are not so sure.

“I agree that it is a very good idea to educate our children concerning these topics so they can be aware of all the risks and consequences of all their choices concerning their sexuality and sexual relations,” said Taupa’ū Rosa Latulipe, of Lalovaea, who argued that sex education is a great way to prepare the younger generation for adulthood.

On page 4 of yesterday’s Samoa Observer, the matter was raised yet again, this time by the Samoa AIDS Foundation President, Leniu Dr. Asaua Fa’asino.

“Sex education as we would rather describe it, is actually sexuality education or sexual health. It is educating people on sexuality, their identity as a male or female, health in terms of staying clean from transmitted disease and making wise decisions,” Leniu explained. “As a major part in students’ lives we feel that they have a right to know and understand these things, that’s why we have made the proposal to M.E.S.C.”

But let’s talk a little bit about rights, if, as they that students have a right to know about sexual education, what about the rights of parents who should give consent to what their children are being taught?

When it comes to this topic, we accept that it is a complicated issue. When you throw in our cultural sensitivities and Christianity values, it becomes even more difficult. Which probably explains why it is that every time the call is made, it has been ignored. And it is most likely to happen again, given the latest round of calls.

Apparently, the Ministry of Education, Sports and Culture is yet to respond. We’d be very much interested in what they have to say.

But if our opinion were sought, we’d suggest that they should focus on teaching our students first about Mathematics, Science, English, History and all the other subjects they exist to do. Sex education should not be their priority and it is definitely not their area of expertise.

Let’s not make things even more complicated than they already are.

Which brings us to the question; who then should talk to our young people about sex? Leave it to the experts, professional counselors.

Sex is a spiritual and a moral issue. And as awkward and difficult as this may sound, it should be talked about in the church, and also at the home where parents must be bold enough, to sit down and raise the matter with their children.

How? Parents can talk to them about how beautiful sex can become, when it is kept within the confines of marriage, as God intended it to be.

Telling young people that sex with a condom is the way to a healthier sex life is contradictory, only providing a band aid solution to a problem, that should be approached and addressed from a holistic perspective. Teach them to be smart first in school, instill in them a healthy fear of God in reltion to sex and everything else should fall into place.

What do you think? Have a wonderful Wednesday Samoa, God bless! 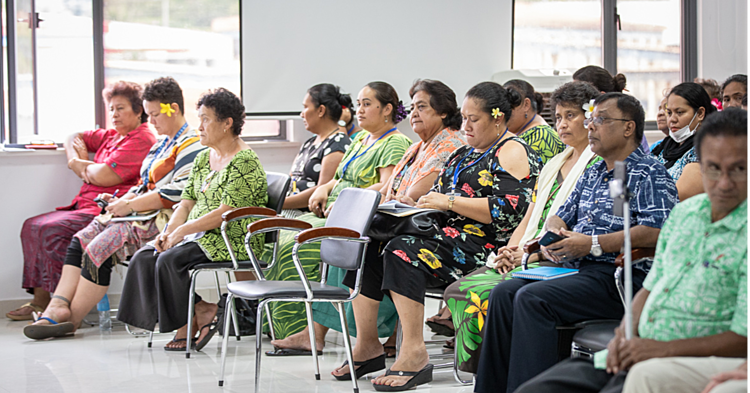