Celebrating the good and fabulous

Today in beautiful Samoa, there is so much to celebrate.

Whether it’s educational milestones, professional achievements or developments that will benefit the wider community through businesses and public projects, the vibes are very positive as everyone gears up for Christmas and the New Year.

We are a week away from Christmas and right about now, just about everyone is easing off that pedal, slowing down to the point where they will look back and reflect on the year that it has been. Students and graduates from tertiary and other educational institutions are already doing that.

Today, allow us to extend a hearty congratulation to all the students of Samoa who have graduated during the past few weeks in this country and abroad. We know the road wasn’t easy. There would have been many twists and turns but you have made it. So give yourself a clap.

We want to say that we are so very proud of you and your achievements.

Let’s not forget your parents, families, friends and everyone who has played a role to get you to where you are today. Don’t forget to acknowledge and thank them. For your success would surely not have been possible without their help, prayers and support.

If it’s true that education is the key to a brighter future, then with the hundreds of students graduating throughout the country and many more overseas, Samoa is heading in the right direction. Which is fantastic.

The only other challenge is finding work for them.

Which brings us to another great development we celebrated at Vaitele this week with the official hand over of the facilities formerly used by Yazaki Samoa to new investment companies. Prime Minister Tuilaepa was naturally a proud leader. Why not, especially after all the concerns expressed when Yazaki Ltd shut its doors?

“Since the announcement of the closure (of Yazaski) the government spared no effort to attract foreign companies and investors to come to Samoa to utilize this facility in order to reconstitute the lost jobs and the all important export opportunities,” Tuilaepa said.

“In July, of this year after protracted negotiations the government secured two companies to begin operations occupying two of the buildings of this facility and thereby successfully commencing the process of bringing back commercial architects that had been lost due to the closure of Yazaki.”

One of those companies is Fero Samoa Ltd, who has relocated its manufacturing plant from China to Vaitele. They are expected to initially employ 70 workers – with their target being 500 employees by 2022.

The second company is Sleepwell International Ltd. It is a Samoan registered joint venture co-owned by Sleepwell NZ Ltd and Samoa Stationery and Books Holdings of Samoa.  They are expected to initially employ 50 workers with with a target of 400 workers by 2022.

“This morning’s ceremony is one more milestone to be added to the government’s efforts in this priority area,” Tuilaepa said.

“The return of business to this facility means more exports to boost our G.D.P, more jobs for our people, more levies for the A.C.C., and more contributions for the S.N.P.F and sustained economic growth for our country into the future.

“By the grace of our Lord and Savior Jesus Christ, we are here in this morning to celebrate commencement of operations by both Fero and Sleepwell.”

Again let us congratulate everyone involved in setting up these companies to help Samoa. It’s great news especially at a time when so many Samoans are looking for jobs. We can only hope that the new companies will grow and will continue to reach their targets so that more and more people will benefit.

Today, let’s celebrate the good and the fabulous. Well done everyone! 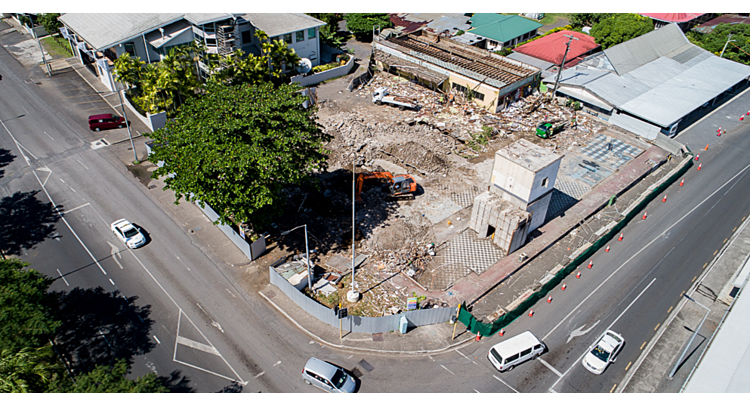