A reminder from the former Minister of Education, Magele Mauiliu Magele

Aid and foreign assistance are Samoa’s best friends. That much is undeniable.

All you have to do is follow the news on a daily basis to know that without aid and foreign assistance from donor countries, development partners and Good Samaritans in general; the state of the economy would be in an absolute mess.

Now they say there is no such thing as a free lunch. We have to consider this is on the context of aid to Samoa. There are obviously vested interests – depending on who is giving – and of course there is a price Samoa has and will ultimately pay. But that is a story for another day perhaps.

Looking at the way some of these aid-funded projects and aid money has been wasted over the years, the question must be asked about whether the people in positions of power in Samoa today would do the same if that was money they earned from their sweat and tears.

We ask this because millions of much-needed monies that should have been spent to improve the lives of people across the country have been sunk by the government into countless projects that were doomed to fail from the start.

Think of the Satitoa Wharf for example.

What about the many white elephants around the country today?

Now this brings us to the former Minister of Education, Sports and Culture, Magele Mauiliu Magele. At the beginning of 2014, the Minister was speaking during a farewell gathering for more than a 100 scholarship students attended by parents, friends and diplomats from donor countries. The students he was speaking to were about leave Samoa for studies in Australia, New Zealand and Fiji.

In any case, Magele used the opportunity to address the importance of the assistance from Samoa’s development partners, reminding the students about the sacrifices made by taxpayers of countries who are giving money to Samoa for development purposes.

According to the Minister, the taxpayers of these countries – namely New Zealand and Australia - are sacrificing their hard-earned money to help Samoa.

“It is their sweat that is allowing you to go away to study,” Magele told the students.

The Minister said many Australian and New Zealand men and women get up early in the morning, during the bitterly cold winters, to work.

“They pay taxes and such taxes contribute to the scholarship funds allowing you to study,” the students were told.

In light of this, Magele urged the students to think about the generosity of the taxpayers of these countries when they study.

“You owe it to them to do well,” the Minister said.

What a brilliant piece of advice!

What we must understand about “sweat” is that it is bitter and unpleasant. Yes, sweat is that nasty stuff that drops from the forehead when we are subjected to work so hard to earn a living. Which means no one else has the right to rob another person off the fruits of such hard work.

Yet here are these countries, like New Zealand, Australia, China, Japan, U.S.A and many others that continue to donate some of that “sweat” money to Samoa in the name “international cooperation.”

For that we should always be grateful. What’s more, we must also ensure that such money is spent wisely.

Sadly, looking at what’s been happening lately, it’s hard to believe that has been the case.

And so perhaps the former Minister of Education should have directed his remarks to Prime Minister Tuilaepa Sa’ilele Malielegaoi, his fellow Cabinet Ministers and all those public servants.

They should be reminded that aid is the sweat of taxpayers of other countries who are making a huge sacrifice to help Samoa.

So the next time these Cabinet Ministers and public servants abuse public resources acquired from such assistance, they too should remember that sweat is bitter.

They should remember that there are women and children in those countries who are struggling to get by simply because their governments made an honourable decision to share their wealth with others.

The point is that Magele’s message to students back then is extremely relevant to Samoa today, given the abuse of resources and mismanagement in some sectors of the public service.

It follows that greed and personal gain are words for the leaders of this country watch from today onwards. Greed, after all, is the root cause of evil since it promises material wealth way beyond our reach, which we therefore have no right to own.

Well, corruption is not just about public servants stealing from the public treasury, or others misusing public properties they have access to.

Corruption can also happen in the form of abusing and misusing the generosity of other people. This is wrong and it must stop.

Nothing set in stone. The L.T.C. Bills and the people’s voice

OPINION: The Prime Minister acknowledging one of the sore points of the LTC Bills, "the restricting of matai sa’o for each family to five", confirms one of many flaws in the three-pronged legislation. 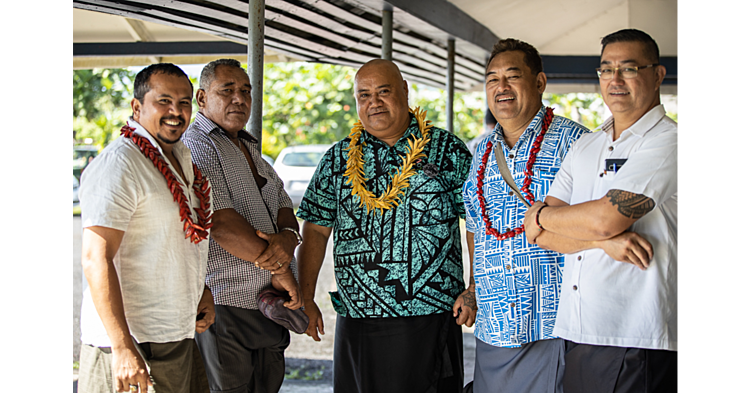