The European Union’s “blacklist” and why its so absurd

Black list, red list, white list, whatever list – you have to forgive ordinary Samoans for being bewildered – at being thrown a book full of complex financial system requirements and technical jargon that don’t make an iota of difference in their daily lives.

Tragically, and yes I mean tragically, the European Commission (EC) is at it again. The EC has released another blacklist of states that it claims have weak anti-money laundering (AML) regulations.

Samoa Central Bank Governor, Maiava Atalina Ainuu-Enari, naturally responded to the European Commission in yesterday’s edition of the Samoa Observer and revealed that the country already subscribes to another compliance mechanism through the Financial Action Task Force (FATF).

Maiava said the new list differs greatly from the FATF process, which Samoa has been cooperating closely with, which is a cause for concern.

Last year, Samoa amended AML legislation to improve compliance with FATF standards, which resulted in a slight upgrade and lessened the reporting requirements of Samoa to the Asia-Pacific Group on Money Laundering (APG), FATF’s arm in the Pacific.

“This is a reflection of how well Samoa’s AML systems are doing, as the reporting has been relaxed to 12 months [from six months],” Maiava said.

“It may also be appropriate to note that Samoa has in fact never been blacklisted for non-compliance with the FATF standards.”

According to Maiava, CBS is concerned that the European Union (EU) did not provide a detailed assessment, rather just a brief explanation for why Samoa was blacklisted.

Samoa was notified just days before the list was made public, and the countries on the list were not given “meaningful opportunity to challenge their inclusion,” or address the issues the EU identified, Maiava said.

So how many anti-money laundering systems should developing nations like Samoa subscribe to in order to tick the boxes to remove itself from that notorious “blacklist”? checking our own reportage, the EC-imposed “blacklist” has been associated with Samoa since 2017.

Therefore, you can understand the frustrations expressed by the Central Bank Governor. In fact, Maiava is of the view that the EC-produced list is not consistent with that produced by the FATF.

“As a result, the EU has produced a list that is inconsistent with the FATF list, without reasonable support. Samoa has always been a willing member in the global fight against money laundering and terrorism financing, including adopting the global standards to combat them,” she said.

The Central Bank Governor and the Government have every right to be concerned about being on the EU-driven “blacklist” and the implications it could have on the local economy. And that is especially so for an economy where tourism is a major revenue earner.

Thankfully, an expert on the issue put the EU to task in an article published in today’s edition of the Weekend Samoan.

Senior researcher and principal at AML Assurance, Dr Ronald Pol, who wrote his PhD dissertation on the effectiveness of AML controls and discovered that the regulations are “almost completely ineffective.”

According to Dr. Pol, the blacklist will make Samoa’s access to international financial markets tough for businesses and banks, without actually impacting the amount of crime passing through the country, even as Samoa works to improve its AML ratings.

“Banks have to perform more checks, which makes it more expensive and more difficult for Samoan entities to deal with financial institutions overseas and for Samoan legitimate businesses,” he said.

The assessment by Dr. Pol makes perfect sense to us. For a country that remains vulnerable to economic shocks and is wholly dependent on revenue sectors such as remittances ($500 million) and tourism ($400 million), reputational risk can have a damaging impact on the island’s economy and put at risk the lives of ordinary citizens. It is unacceptable that the EU – which many in the Pacific Islands including Samoa consider to be a friend and development partner – can go ahead with the categorisation of Samoa’s financial systems without consultation.

Have a lovely Saturday Samoa and God bless. 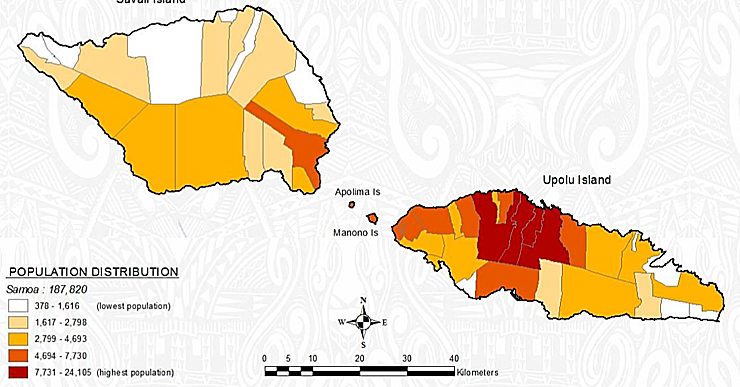 $1 million grant a test case: use it wisely

Editorial | It is early days yet for this ambitious Government initiative, but the...