Even the sternest critics of the present government would have been silent when a new national hospital was proposed to replace many of the former rundown buildings that made up the Moto’otua Hospital.

The first phase of the Tupua Tamasese Memorial Hospital was opened in July 2013 and was funded through the partnership between Samoa and the People’s Republic of China. .

At the time, the Prime Minister reaffirmed in his speech on the day, his government’s commitments to lifting general health standards in the country.

And certainly the new buildings themselves were a far cry from the often unsanitary wards and facilities for sick patients where patients were largely cared for by their families on a day to day basis.

With the new buildings, air conditioning and exterior landscaping, the new hospital was living up to the Prime Minister’s promise that, “In order to achieve health outcomes, we need to make strategic and sound investments in our health system.”

However as we gaze at the many large, imposing buildings in downtown Apia that have been funded by our partnerships with overseas countries, it is difficult to not keep harping on to our politicians that at the heart of any planning, priorities must always be the people.

What is the point of a building that looks like those we see in First World countries but is just a facade when it comes to what is happening inside?

In the case of the hospital, the priorities should be the people; those who administer the organisation, care for the sick and let’s not forget the general public who go there to receive the healthcare for the sometimes life-threatening sicknesses they are struck with.

In the Prime Minister’s speech on that day in 2013, and we do understand that he makes many speeches and can’t be expected to remember everything, he said, ”There can be no real growth of an economy and of a nation without a healthy population. There can be no sustainable development without tackling ill health and promoting and maintaining good health.”

To the credit of the Ministry of Health, there have been noticeable changes over the last five to 10 years in terms of general health messages getting out – not only in urban Samoa but also in the villages.

The growth of exercise classes for all shapes sizes and ages held in gymnasiums, fitness centres or out on the grass in the villages has been seen and promoted.

Likewise the message about healthy living, growing and eating local produce particularly plant food and limiting the processed products is also having an impact – thanks in part to it being very in vogue in overseas countries.

A shortage of medical professionals is also a worldwide problem and certainly not limited to Samoa. Thankfully we are blessed in that we are the recipients of care from many medical groups who come in year after year and provide specific skills in the many facets of healthcare – usually at little or no cost.

But getting back to our government and the people; surely one and the same?

Until the present government stops talking endlessly about priorities which they say are education and health, (government speak for buildings), things will never really change.

All the finest buildings in the world are not going to make people smarter in our schools or healthier after being in our hospitals, if we don’t have the best people teaching them and caring for them.

And that, quite simply is where the priority should be - their salaries. 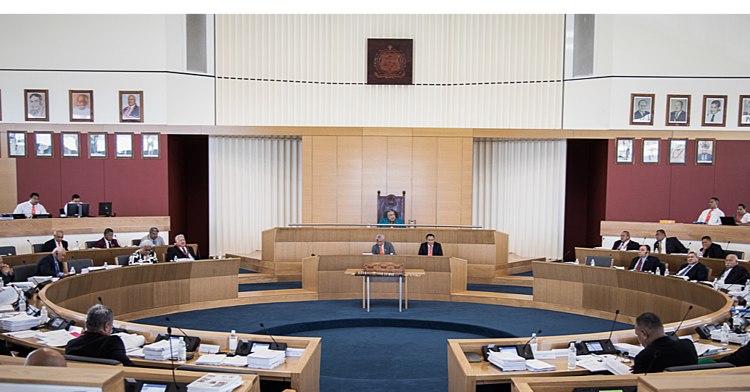 In times like this, we have to come together, stay strong and keep the faith

OPINION: Cabinet’s decision to extend the State of Emergency (S.O.E.) makes sense. From an economic point of view, all eyes are on Tuesday’s special Parliament session where the Minister of Finance, Sili Epa Tuioti, will announce a stimulus package.