Celebrating our 60 Years of Political Independence: How far have we grown politically?

Today, this small and beautiful land we call home celebrates 60 years of political independence from New Zealand (NZ). It’s going to be a year-long celebration according to the government independence committee, and why not; as a country, we have made good political strides over the last six decades of independence that deserve celebration.

We must be thankful that as a country, we are still celebrating in peace and harmony despite several political challenges encountered in the past and recently. Most colonised countries struggled politically following independence from their colonisers. In our region, the classic example is Fiji. Another beautiful Pacific neighbour that has scarred politically and economically by a series of coups that started in 1987. Solomon Islands and Tonga have also experienced political instability notably in 2006 and recently for the Solomon Islands.

So how much have we grown politically as a country over the last 60 years? How much political development have we achieved thus far?

Unlike economic development that is easily measured by GDP growth or income per capita, political development is not easy to measure due to its multidimensional and intertwining existence.

In doing so, political participation; political stability; political security; justice; rule of law and liberty are some of the political goods that are used to examine our political journey as a country over the last 60 years.

Samoa is without doubt leading the region in this dimension of political development. It’s the first Pacific Island country (with the exception of Australia and NZ) that elected its first female Prime Minister during the previous general election. New Zealand, Samoa’s former colonial master took 143 years (almost a century and a half) to elect its first female Prime Minister in 1999. Samoa took just over half a century to achieve such feat. For a country that is culturally patriarchy, the result of the 2021 general election was an indication of political maturity.

Since independence political stability in this country has been tested several times. The historical and lengthy strike by the Public Service Association in the early 1980s over poor wages and working conditions; the strike by Tumua ma Pule over the introduction of the VAGST in the early 1990s; the murder of a Cabinet Minister in the late 1990s; the public protest over the decision to switch to right hand drive vehicles; and recent protests and war of words between the members and supporters of two political parties before and after the 2021 general election were some of the political events that could have easily rock our boat.

The events of the 2021 general election were the scariest due to the use of social media. Supporters of each political party exchanged scathing words that could easily trigger violence in our communities. Fortunately for some reasons, we were spared from slipping into political unrest. Perhaps, our traditional mechanisms, our matai system and culture that safeguard peace and harmony saved us all at the end of the day.

Political security, which is the minimum security provided by the state to its citizens to meet their basic needs is another measure of political development. Is our government providing minimum security to ensure our children are educated and are taken care of their health? The answer is in the affirmative. Children are provided with free education and a heavily subsidised health service. Moreover, every citizen is guaranteed the right to produce food for themselves through subsistence farming and fishing.

With political security intact, our liberty as citizens of this land is also beyond contention. Our freedom to make choices to maximise our own self and community interests and to express ourselves are secured under the constitution.

A taste of losing such liberty was experienced when our country was in lockdown in the attempt to control the pandemic. It was an unpleasant experience living without that liberty to move around in order to satisfy our own needs. Imagine that is the normal way we live in this country, most of us would have cursed and abandoned this country for good.  Thankfully, that is not the case. That lost liberty guaranteed in the constitution is now returning slowly with the movement to Level 1 and the opening of our borders in August.

Justice while covers a large area in which some are ill-defined and in dispute, the focus is on the ability of the judicial machinery to settle disputes that potentially lead to violence within the community impartially. As John Rawls wrote, ‘A society regulated by a public sense of justice is inherently stable’.

The series of rulings made by the judicial machinery following the 2021 general election is perhaps a good example of how our judiciary was put to the test over 60 years of independence.  The outcome manifested the ability of the judiciary to handle such task. Despite the fact that some rulings have been challenged in court, the fact that the judiciary managed to steer the country through what is regarded as a constitutional crisis without violence, is both a blessing and attestation of its potential to handle such complex matters under stressed circumstances.

While the judiciary is commended for its ability and courage to rule on complex and sensitive cases from the 2021 general election, both political parties and their supporters deserve praise for their respect of the rule of law. It is one of the hallmarks of political development. Had it not for that respect, our country could have been in tatters afterwards.

The preceding discussion while brief, it at least gives a rough snapshot of where we stand politically. The verdict is clear, we have grown and developed as a country politically. In fact, we surpassed most of our Pacific neighbours. While the credit goes to the previous regime, the current administration should also be acknowledged for its determination to follow the rule of law and its campaign for a female Prime Minister.

Political stability remains the cornerstone for our country if we are to move forward from the current challenges. This new administration is without doubt has the ability to deliver that. That is why the Prime Minister’s leadership is critical. So far, it’s refreshing and encouraging. Calm, patient, collected and embracing are some of the key features of our current Prime Minister leadership qualities observed so far.

For now, we should enjoy and celebrate 60 years of our political independence. As a country we enjoyed some plain and smooth sailing periods but when a political storm was cooking, we weathered it irrespective of our political preference.

That is why we need to celebrate this political milestone for at least a year. Frankly, who would want to celebrate if there was bloodshed and lives lost during the general election of 2021? Today could have been a day of mourning rather than celebrating. But thanks to the guidance and wisdom of our previous and current political leaders that despite our political differences we are still a Samoan family to the core. 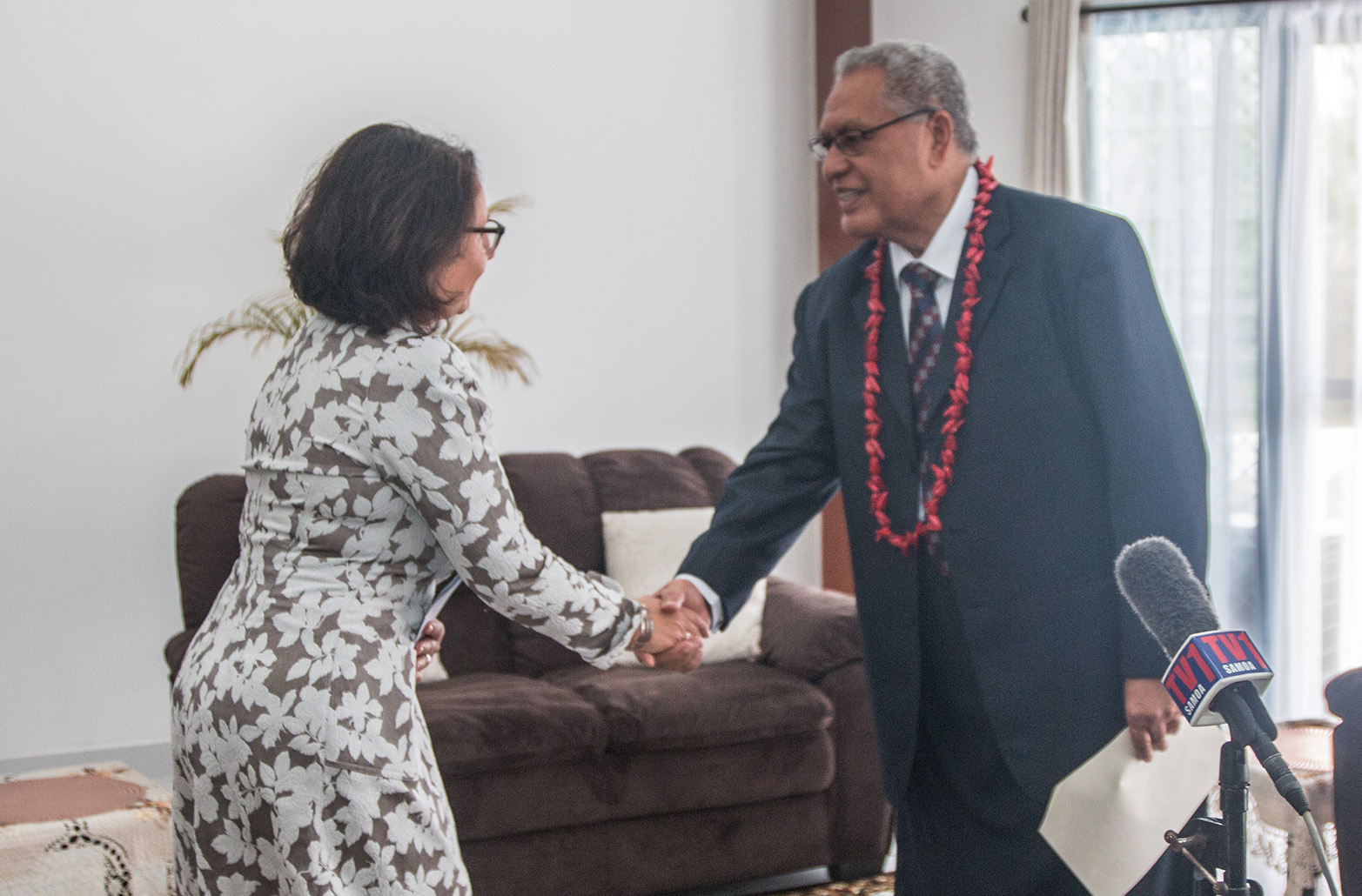