1
The opening performance by Samoa's Prime Minister and leader of the F.A.S.T. Party (Photo: Anetone Sagaga)

Before the sun rises for the year 2022, the governing Fa'atuatua i le Atua Samoa ua Tasi (F.A.S.T.) party has gathered their supporters, families and friends for a thanksgiving event to celebrate their journey thus far. 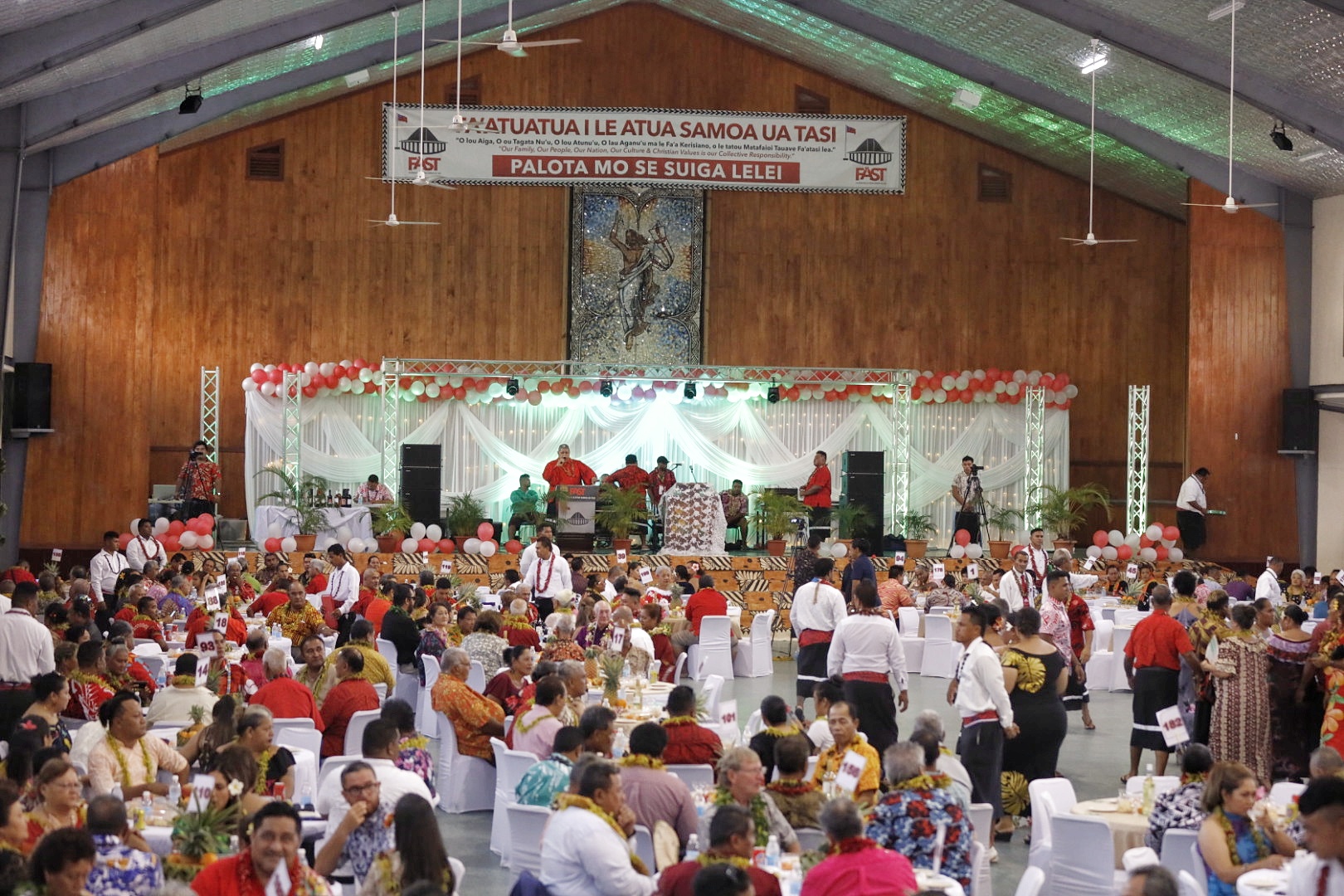 The service that was led by the Chairman of the biggest denomination on island and the Church Minister for the village of Lotofaga, Reverend Elder Atapana Uilelea was guided by the mantra "thanksgiving."

The event was well attended by Church leaders from the different denominations in Samoa, former Head of State, Tui Atua Tupua Tamasese Efi, government officials, the business community, and members of the public.

The Leader of the F.A.S.T. party, who is also the Prime Minister of Samoa, Fiame Naomi Mata'afa addressed the gathering and spoke on behalf of the party to thank the country and their supporters for their ongoing support and prayers. 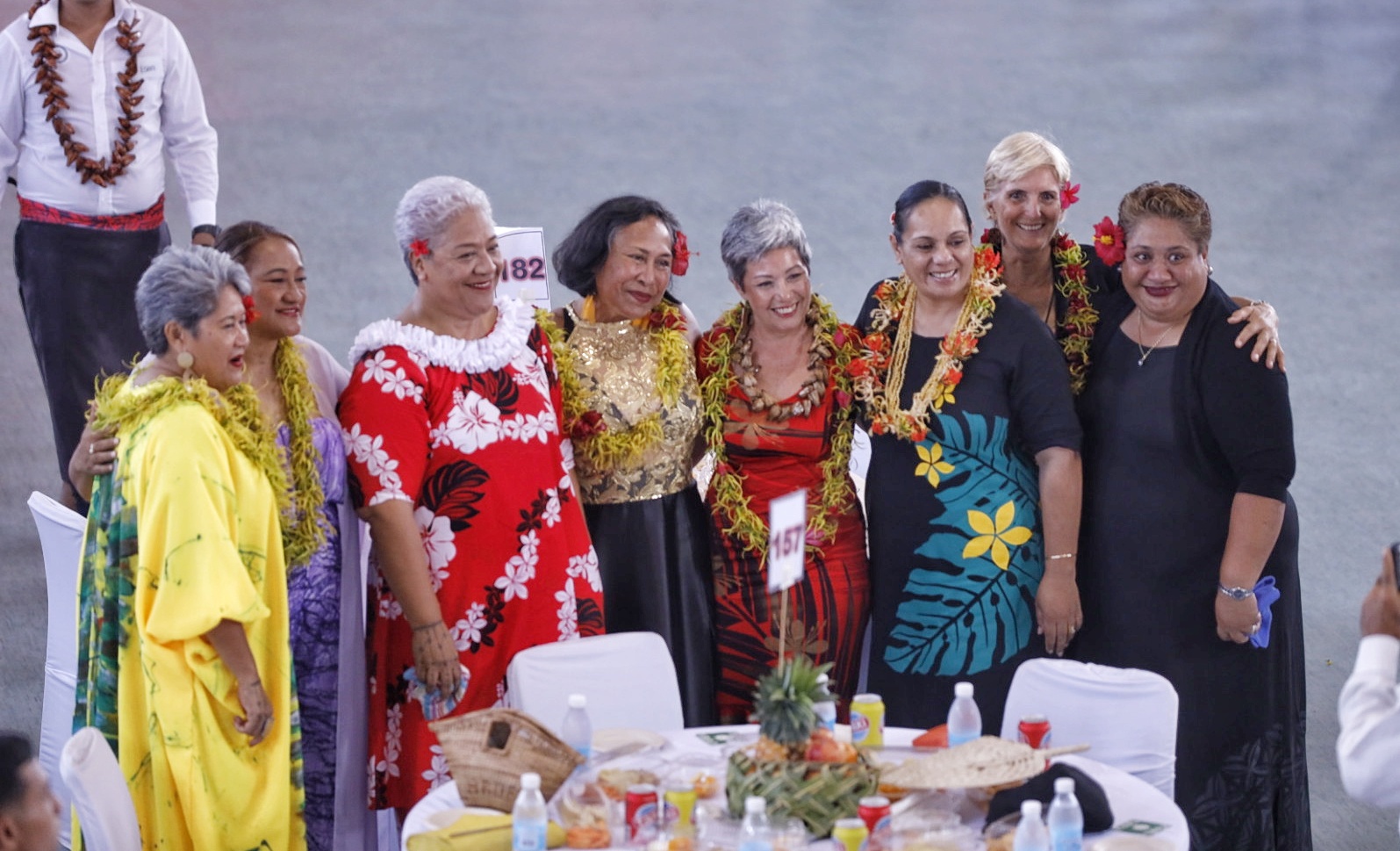 Speaking about the purpose of the event, Fiame said that there are a lot of reasons to be thankful for, despite the rough seas they sailed through, throughout this year.

"Despite the obstacles we had to overcome, we still have a lot to be grateful for and we feel that it is a must that we come together to give thanks to our Heavenly father for His guidance and protection upon us all.

"Our country is a nation founded on Him. He who has protected us from the global pandemic which had claimed the lives of so many people around the world. 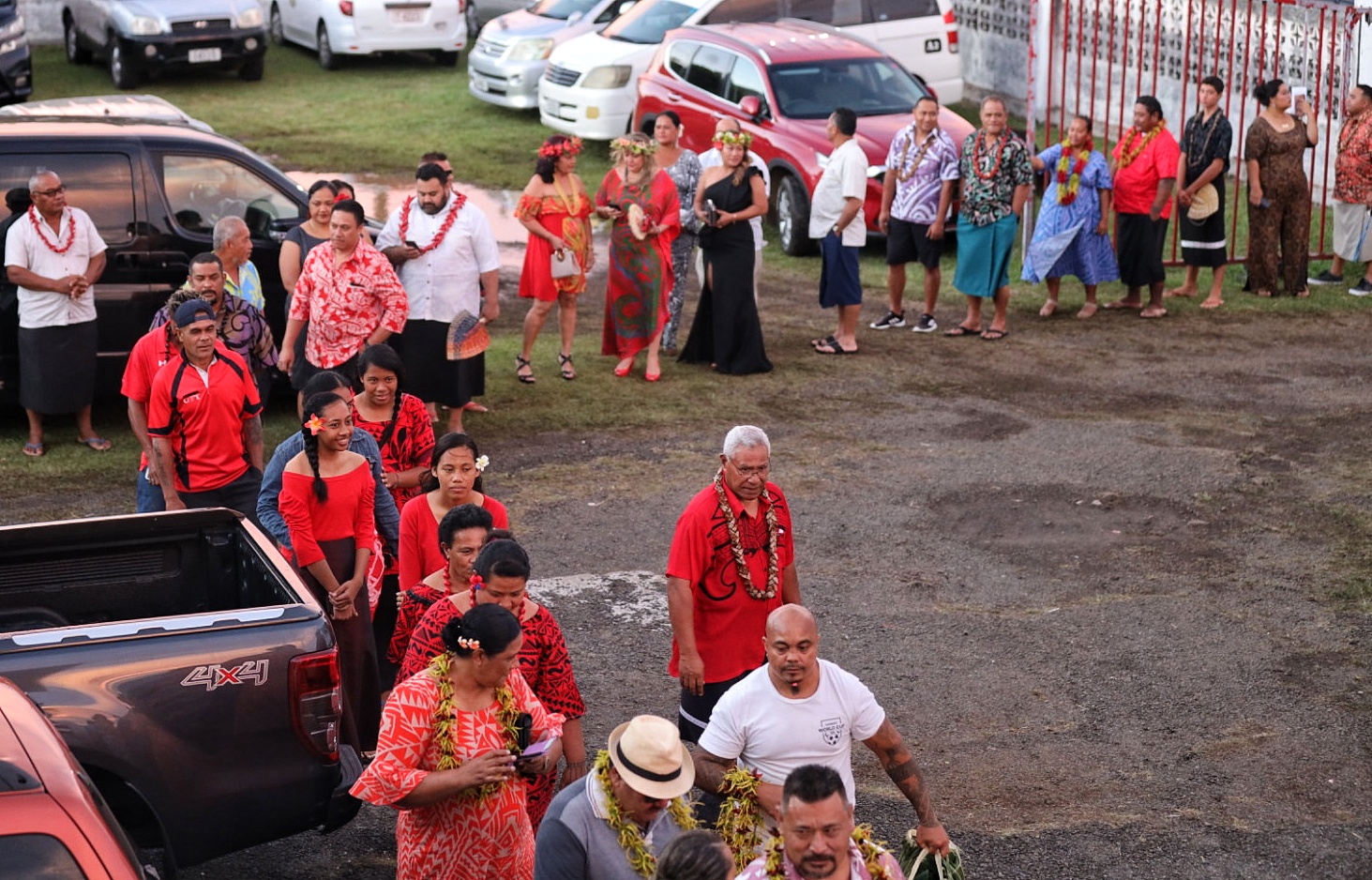 "Samoa, we thank you for the support and prayers. Thank you for choosing us to lead our country for this parliamentary term.

"However, we know we cannot make it on our own. We still need your support and prayers so that we can achieve what the pastor said today in his sermon: faster, higher and stronger.

"It takes collective effort to achieve all of that and we need your help."

In saying that, Fiame reminded the gathering to put Jesus first in all that they do, heading towards a new year. 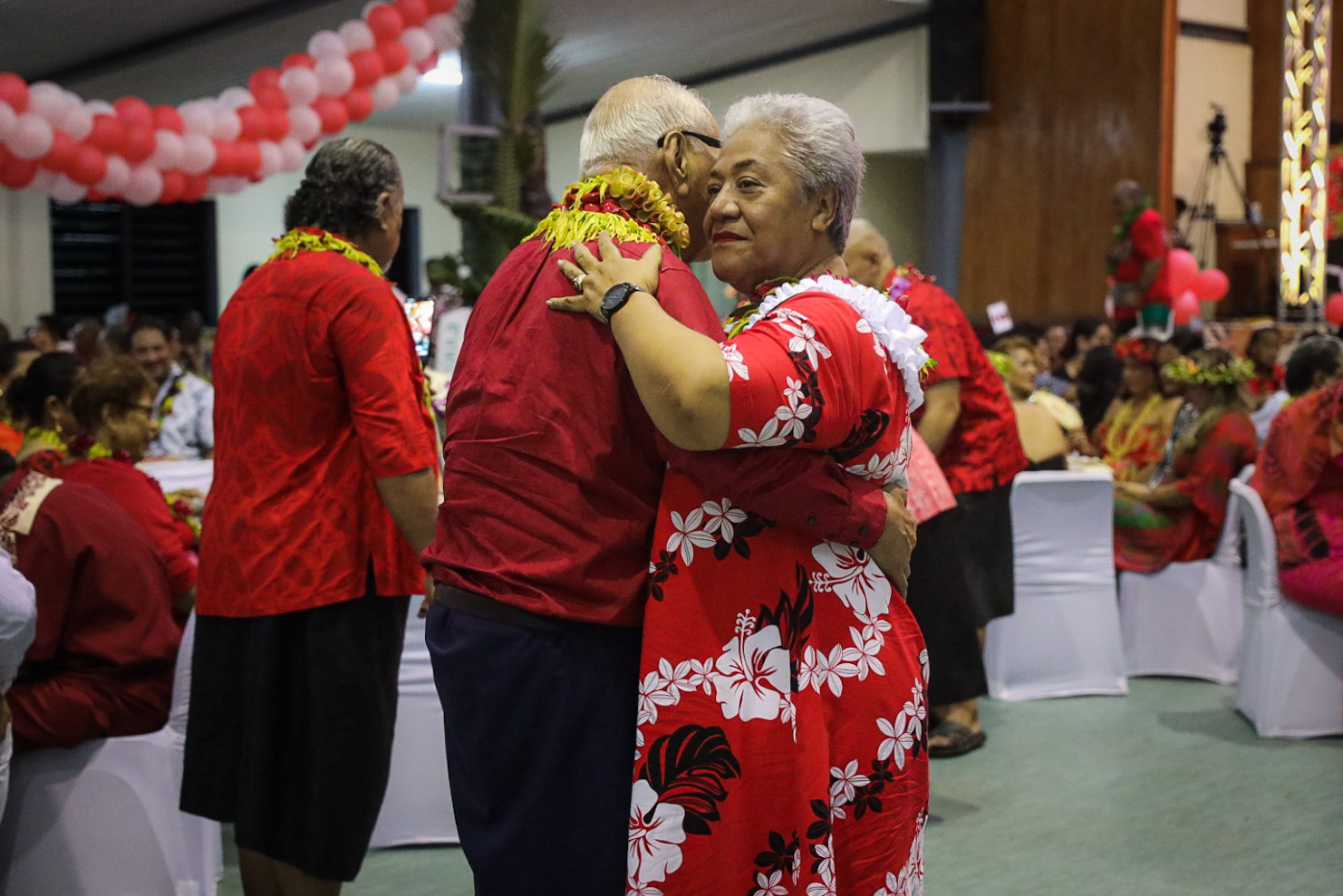 "We commemorated the birth of Christ last week and he is the reason for this season. May whatever you do from now on reflects the life of Christ.

"We can do so by loving the person next to you, your sister, brother, son, daughter and neighbor.

"And we head towards a new year, lest we forget the struggles of our forefathers who laid the foundation and worked so hard so that we can have freedom.

"Next year, we will commemorate 60 years since we became Independent which is a big milestone for our country.

"Let us continue to believe and trust that the foundation that was set up by our forefathers for us will keep us strong and united. "

In an exclusive interview with the Samoa Observer, the Chairman and founder of the F.A.S.T. party, La'auli Leuatea Schmidt the whole purpose is to give thanks and celebrate their journey as a political party thus far. 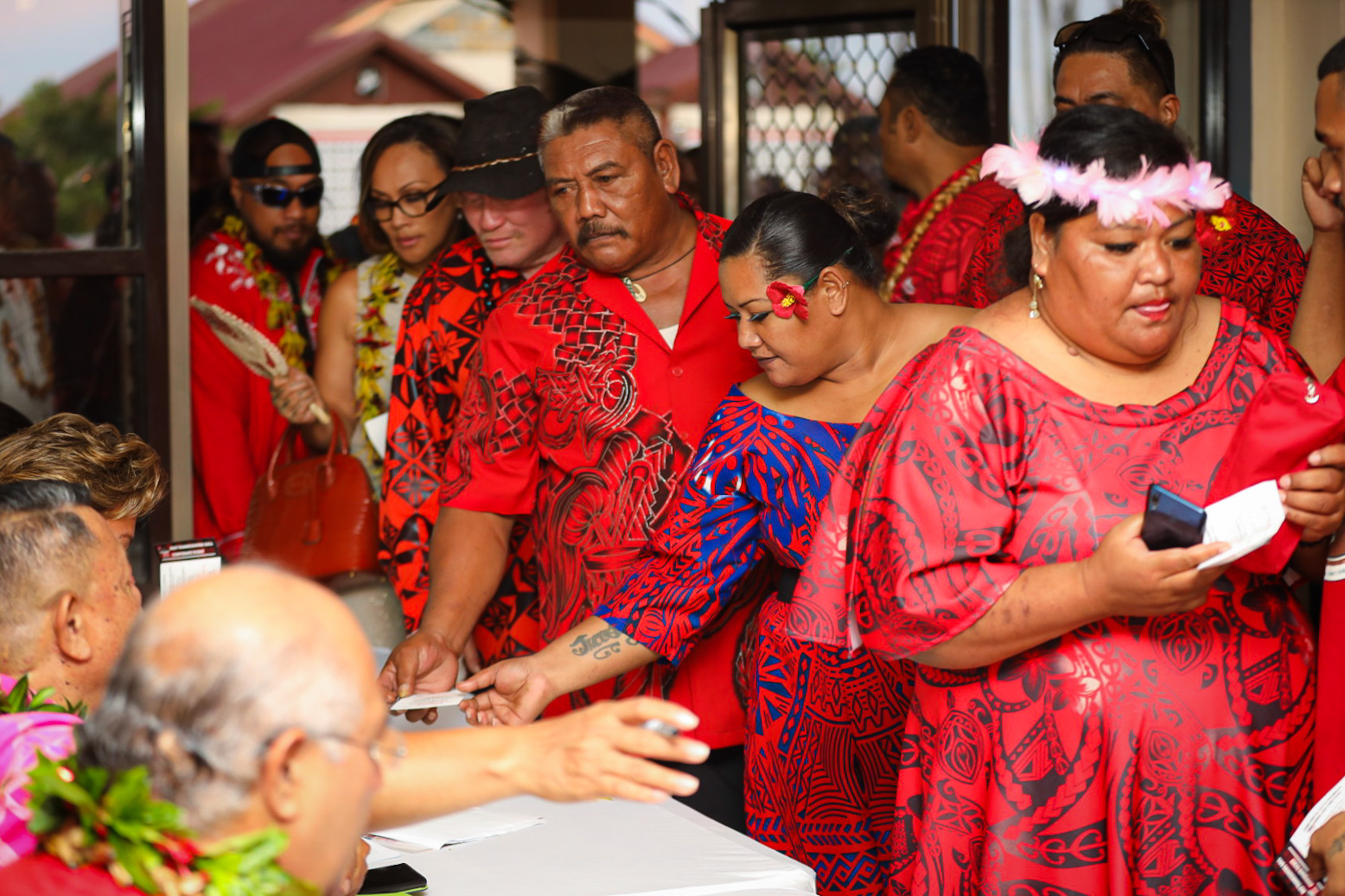 "You know we have been through a lot since the beginning when we first set up this party," La'auli told the Samoa Observer.

"It was not an easy journey for us, and many did not think we would make it this far and that we would be here in the position we are at right now.

"But God has been so amazing; therefore we must come together and give thanks to Him and that's the whole purpose of this event.

"After everything that happened right from the start when we first started the party to it's establishments then heading to the elections and after the election with all the court cases until we finally took over, there's a lot to be thankful for.

"So before this year ends and before the sun rises for a new year, we decided to gather together and give thanks to God for His guidance and His love for us upon our F.A.S.T. family.

"Secondly, we want to thank the country for their support and trust. For allowing us to lead our country. We have the support of 31 constituencies on our side, and for that we are thankful."

Nonetheless, La'auli said they will also host a thanksgiving service in Savai'i next year.

"It is a must that we all go back and thank our supporters in Savai'i and where everything started for us. We are looking at having it at Sapapali'i where Christianity was accepted in Samoa. We will have it on Easter next year."

The F.A.S.T. party was founded by the Member of Parliament for Gagaifomauga No.3. and Cabinet Minister, La'auli Leuatea Schmidt.

The party is now under the leadership of Prime Minister Fiame Naomi Mata'afa.