Samoa
The Electric Power Corporation has announced a 20 per cent reduction in tariff reduction for its domestic prepaid consumers only starting next month. (Photo: Vaitogi A. Matafeo)

The Electric Power Corporation (E.P.C.) has announced a 20 per cent in tariff reduction for its domestic prepaid consumers will start next month.

The announcement was revealed in a public notice issued by E.P.C. on its official Facebook page.

The notice is based on a change in tariff per unit of electricity due to change in energy charge based on actuals for September 2021 and 20 per cent reduction in tariff as announced by the Government.

“The following tariff charges reflect the 20 per cent tariff reduction to domestic prepaid consumers only and to be applied intermittently over the next three quarters and shall become effective commencing on 1 November 2021,” read the notice.

The new tariff rates have already been approved by the Office of the Regulator.

While non-domestic consumers using cash power will be charged at a rate of $0.79 for all units. 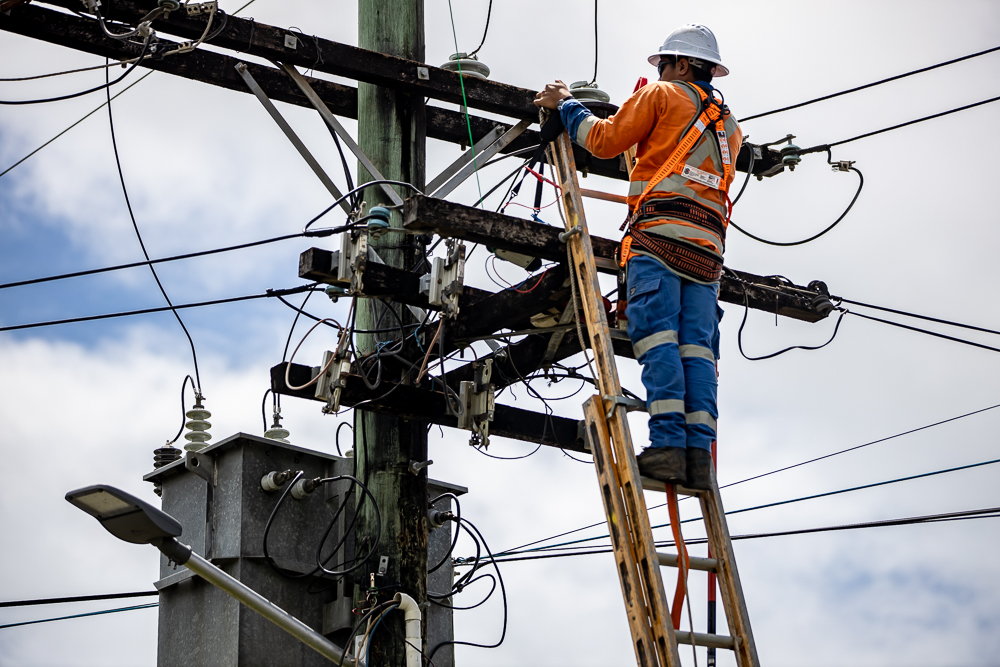 However, with the new changes that will become effective next month, it will remove the two tier structure for prepaid domestic consumers.

According to the new changes in tariff structure, “the 2 tier structure (1-50kWh), (51kWh and above) for Domestic Prepaid Consumers is removed, same tariff for all units (kWh).”

The new tariff charges for November states that domestic consumers using cash power will be charged with $0.73 per unit for all units.

While non-domestic consumers using cash power will be charged at a rate of $0.85 for all units.

“[However,] only domestic prepaid consumers with monthly consumptions of 50 units and less [are] to be entitled to a rebate, any discrepancy is credited to account at the end of each month.”

The state-owned utility also relayed that, “this Order approved for the tariff to be fixed and subject to review by the Regulator with respect to tariffs, rates or charges for the provision of electricity services by the Electric Power Corporation.”

Attempts by the Samoa Observer to get a comment from the E.P.C. General Manager, Faumui Iese Toimoana were unsuccessful.

The announcement was first made by the Minister of Finance, Mulipola Anarosa Molio’o, during her recent budget address on the price of electricity and water.

“To further assist the country’s recovery, electricity and water prices will be reduced by 20 per cent effective 1 November, 2021.”

Also, some of the selected fees and charges on specific services of the Government that will be reduced by 20 per cent to assist the country during the COVID-19 include: registration for private vehicles; business licenses; national examination fees; Lands and Titles Courts fees and charges; consultation fees and the National Hospital; alia licenses; passport fees and charges; and building permits.