In a press statement from the author, the celebration was described as “magical.”

At a magical event held at the beautiful Taumeasina Island Resort, guests entered a captivating world where models dressed as key book characters were arrayed like stunning statues in a museum. 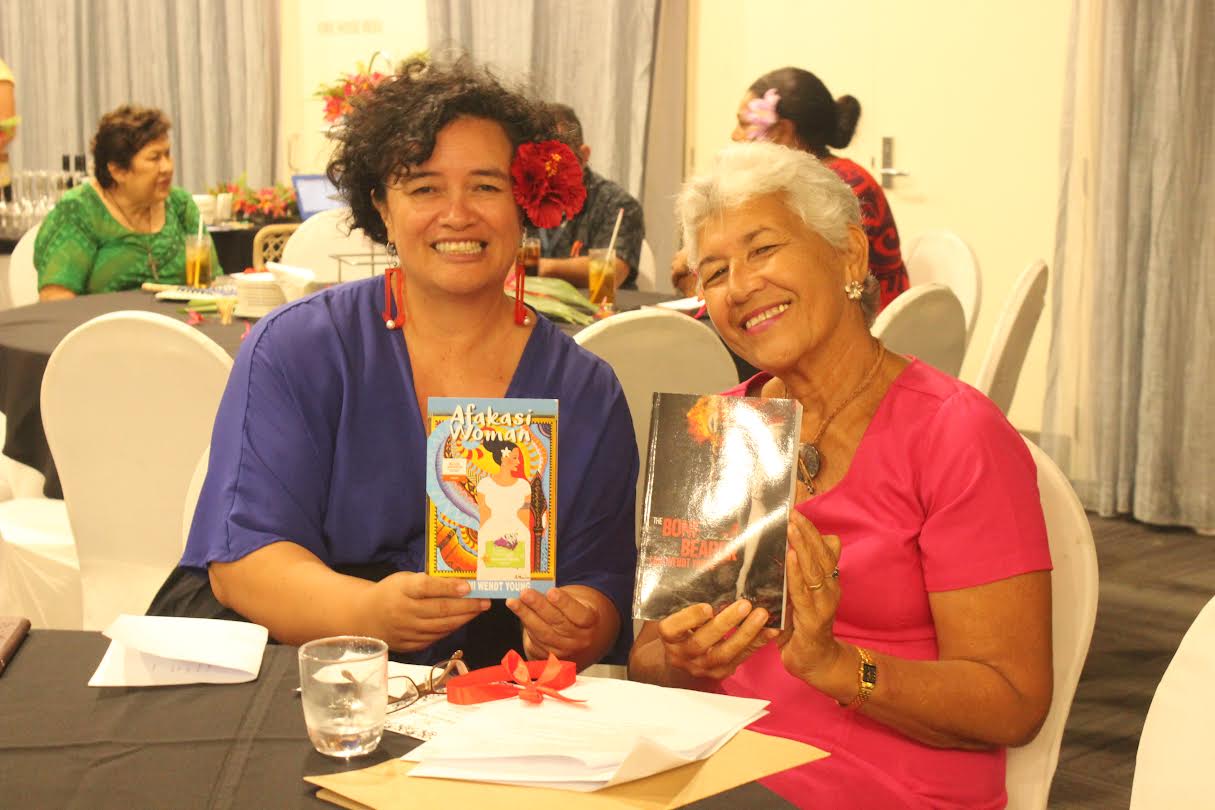 The Pro-Chancellor of the National University of Samoa, Letuimanuasina Dr. Emma Kruse-Vaai gave the keynote address and the program also included poetry, dance, music and food all inspired by Young’s books.

The character models were styled by the creative talents of Poinsettia Taefu Koroicumu and Adeline Mose.

In her remarks at the end of the program, Mrs. Young acknowledged her parents Tuaopepe Dr. Felix Wendt and Marita Wendt of Plantation House and paid tribute to her husband Darren Young for making her writing possible.

“The only reason I have the time and space to write is because of Darren and our partnership in all things. It took a while, with some bumps along the road, but we have finally figured out how to work as a team, supporting each other in our often very different workday schedules,” she said.

“He builds intricate massive structures from steel and concrete, while I make up stories in my head and then put them on paper.”

Mrs. Young also reflected on the tough times during the ten year journey, saying that “for every success along the way, there’s been some heartache and challenges. I’ve made mistakes. I’ve written some things that later on, I’ve thought, Ugh I shouldn’t have written that. I’ve even quit writing books – stopped for three years then gone back to it. I can honestly say though that I am grateful for this talent the Lord has blessed me with, and I give thanks for all that I have learned in this journey thus far.”

Mr. Young explained that the reason why they wanted to have this event was to acknowledge the support of many who have supported the Telesa books and to thank the readers.

Guests were treated to gifts of free books from the Telesa Series, and the program was streamed live on Facebook so readers overseas could attend virtually.

It has been a busy decade of writing for Young as she now has fourteen published novels. Her writing has won multiple awards including being named the 2018 ACP Pacific Laureate and two of her novels shortlisted in the New Zealand Book Awards for Young Adults.

Copies of all Young’s books, including the new releases, can be purchased from Samoa Stationery and Books (S.S.A.B).