One more village has moved to ban the establishment of foreign-owned businesses on their customary lands in a bid to protect the business prospects of their future generations.

This time, the district of Siumu, which is made up of four sub-villages, has agreed to the ban. This was confirmed by the Tu’ua of the Village, Tuu’u Fa’ase’e, in a telephone interview with the Samoa Observer yesterday.

“The district had a meeting two weeks ago and we all agreed that no foreign-owned business will be allowed to be set up in Siumu,” he said.

“It’s not just the Chinese businesses, this goes for all foreign-owned businesses.”

Tuu’u explained that the decision followed an incident where the village found out after the fact that a Chinese-owned shop was being set up.

“They are selling Chinese products in their shop so we have informed them about the decision of the district and they agreed that they will slowly remove it.”

Asked if he the decision is not harsh given the rising cost of living, Tuu’u said it is about protecting the future of the village.

“It’s okay for the time being but in the long run and the future of our children it’s not okay,” he said.

“Our children are growing up and they are being well educated. Some of them have scholarships overseas so in the future when they come back and want to build a business of their own, where will they go?

“If we allow foreign businesses now to be set up, our children will not be able to have access to the lands when they grew up because the foreigners have taken them all.

“That’s why the matai and faipule of the district decided that this is the best time to put a stop to it before it becomes a problem in the future.

“Not only will our children not be able to get any space to set up their businesses, but foreign businesses will take all the money.

“So what we want is for the people of not only in Siumu but the district to help each other by building their own businesses and helping each other out.”

Tuu’u went on to say that the local businesses of the district had a meeting on Wednesday with the family at Sa’aga with regards to the business there.

“We had a final meeting and we signed an agreement to uphold the new law and the family has also agreed that they will be removing the Chinese stuff from their business,” he said.

“Nobody object to the issue because they all agreed that this is for the betterment of our children not for us. So everything is good now and that’s what the district has agreed on.”

Siumu’s decision followed the Salelologa Village Council’s decision to ban any new Chinese-owned business being set up on the village’s customary land.

“The ban only covers customary land under the guidance of the Village Council of Salelologa.

“But we are also mindful that a lot of the lands in Salelologa is under the government and the ban does not cover those lands.

“But within the whole village of Salelologa (‘a’ai o Salelologa), no Chinese owned business is allowed to be set up any more. We want to encourage our own Samoan people to set their businesses up in Salelologa.” 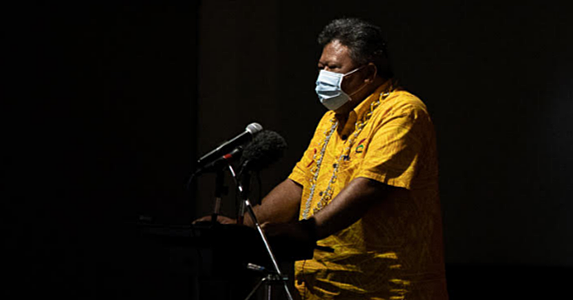 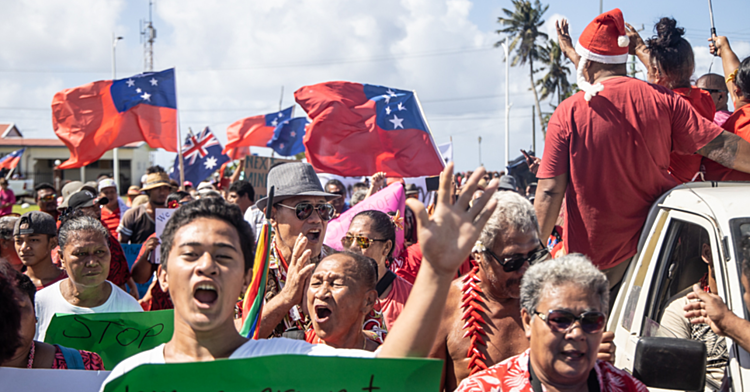