The Embassy of Japan officially handed over a new school building to the village of Safotu on the big island of Savai'i on Wednesday giving students eight new classrooms, a library, and restrooms.

The opening ceremony was held on Wednesday morning and was well-attended by hundreds of students, teachers, parents, the village of Safotu, and distinguished guests. 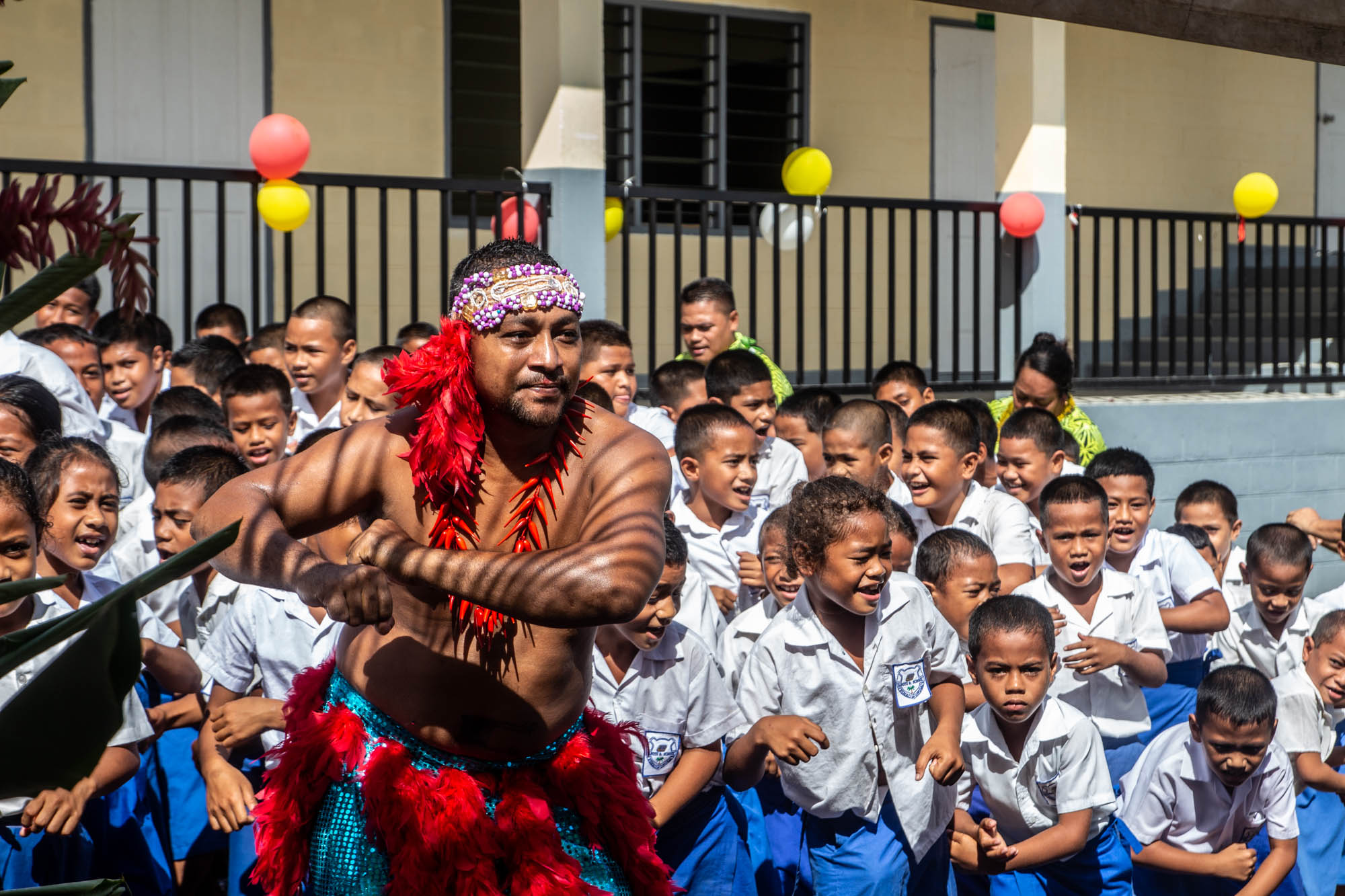 The caretaker Prime Minister, caretaker Cabinet Ministers, and Japan’s Ambassador to Samoa, Genichi Terasawa, were among the honoured guests. 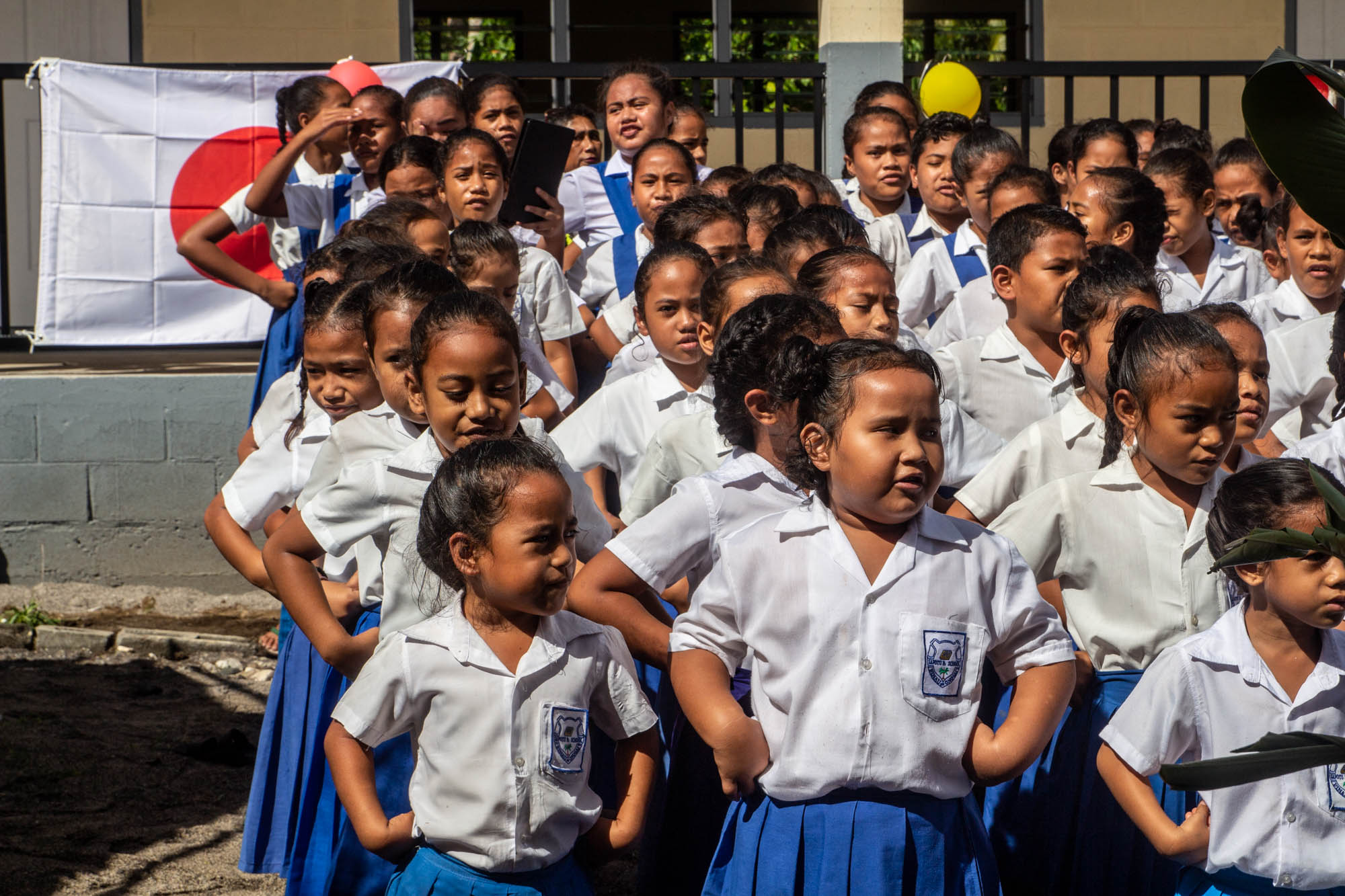 This was followed by a keynote address delivered by Tuilaepa Dr. Sa'ilele Malielegaoi to represent the caretaker Government of Samoa; he congratulated not only Safotu for their achievement but also acknowledged ongoing support from the Government of Japan.

Tuilarpa commended the efforts of the elders of the village and the school committee who worked to secure funding for the project and the dedication and hard work of the village's M.P., Faimalotoa Kika Stowers, for raising the issue in Parliament over several years. 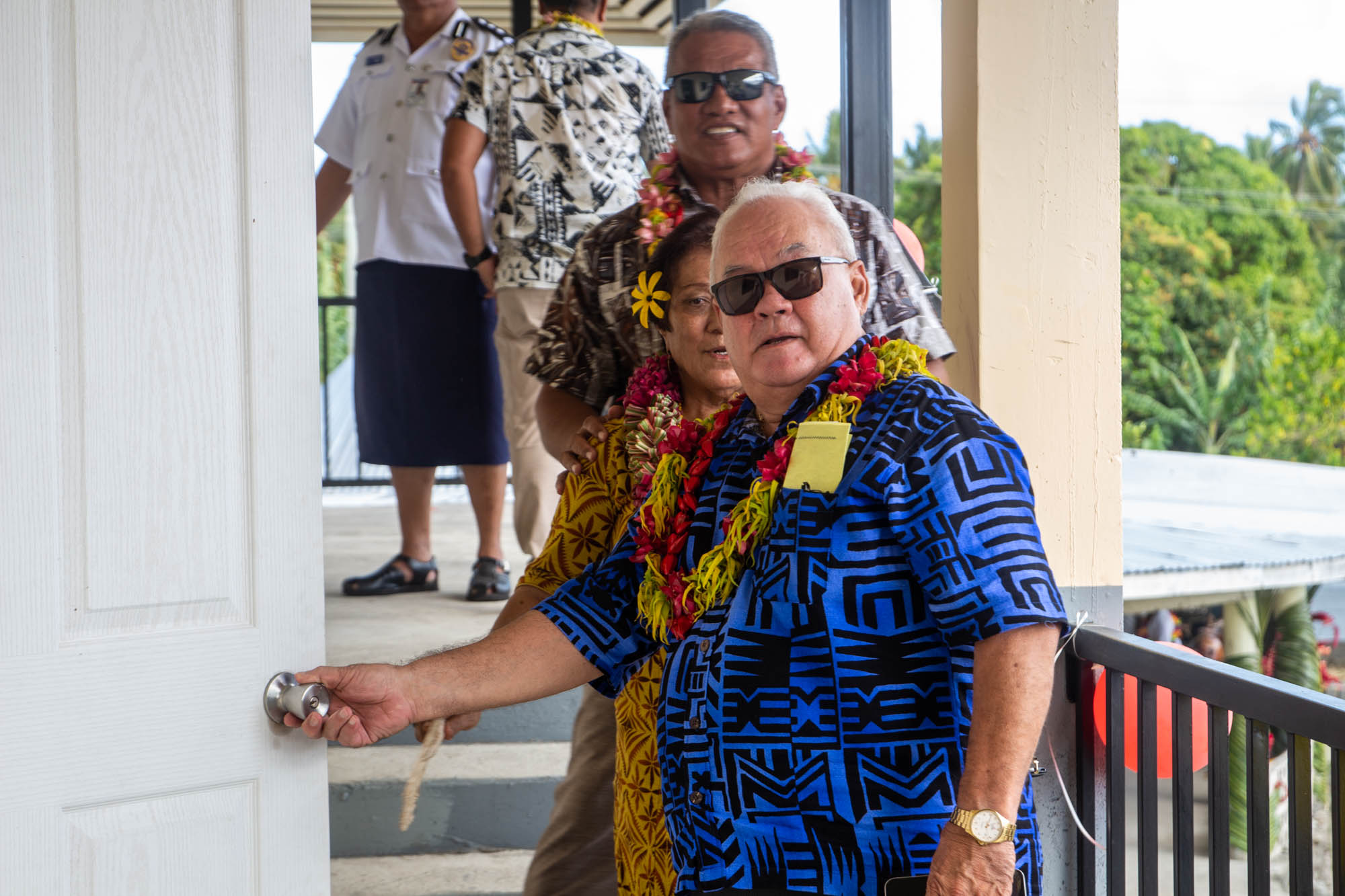 Japan’s Ambassador to Samoa, Genichi Terasawa, said he was delighted to have the opportunity to travel over to the "beautiful island of Savai'i" for the special occasion.

He acknowledged the enthusiasm of the school committee who pushed for a new school building to be built for the students of Safotu.

He commended the village for their hard work and dedication in completing such a huge project.

Turning to the students, Ambassador Terasawa used the opportunity to challenge the students of Safotu, to use the facilities "wisely and be inspired to study hard for their futures." 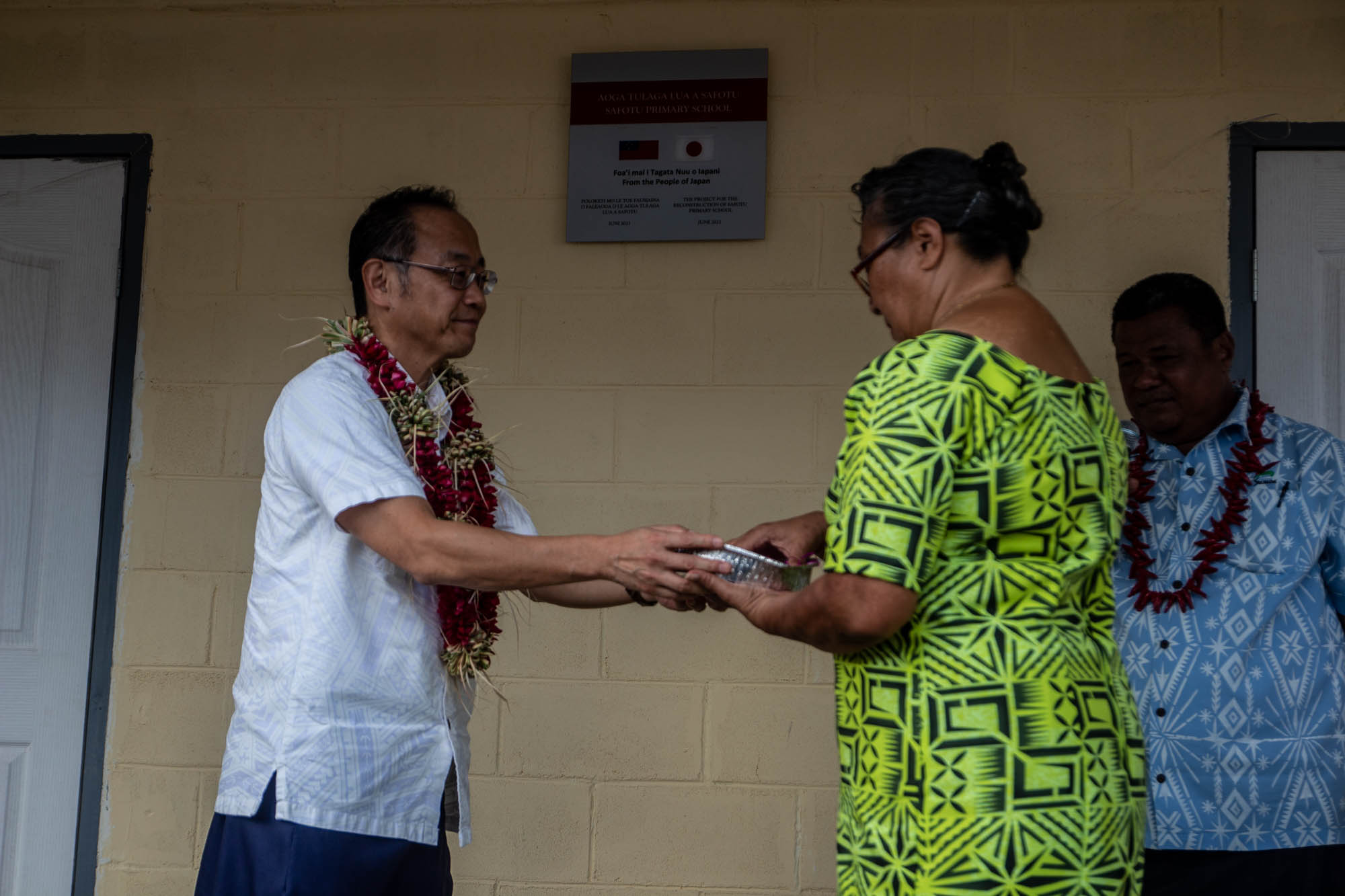 Ambassador Terasawa is optimistic that the new school facility will nurture future leaders of Samoa.

Japan pledged $278,934.93. to fund the project which included eight new classrooms, a staff room, a library, and bathrooms for the students.

So'oalo Maiava Tito-Alatimu, the Secretary of the School Committee delivered a financial report on the project and spoke on behalf of the school committee and the school to thank the Government of Japan and its local Embassy.

Maiava said the existing school building was demolished in December of 2019 and had been used by students of Safotu for more than three decades.

He said its condition made the need for new facilities all the more urgent. 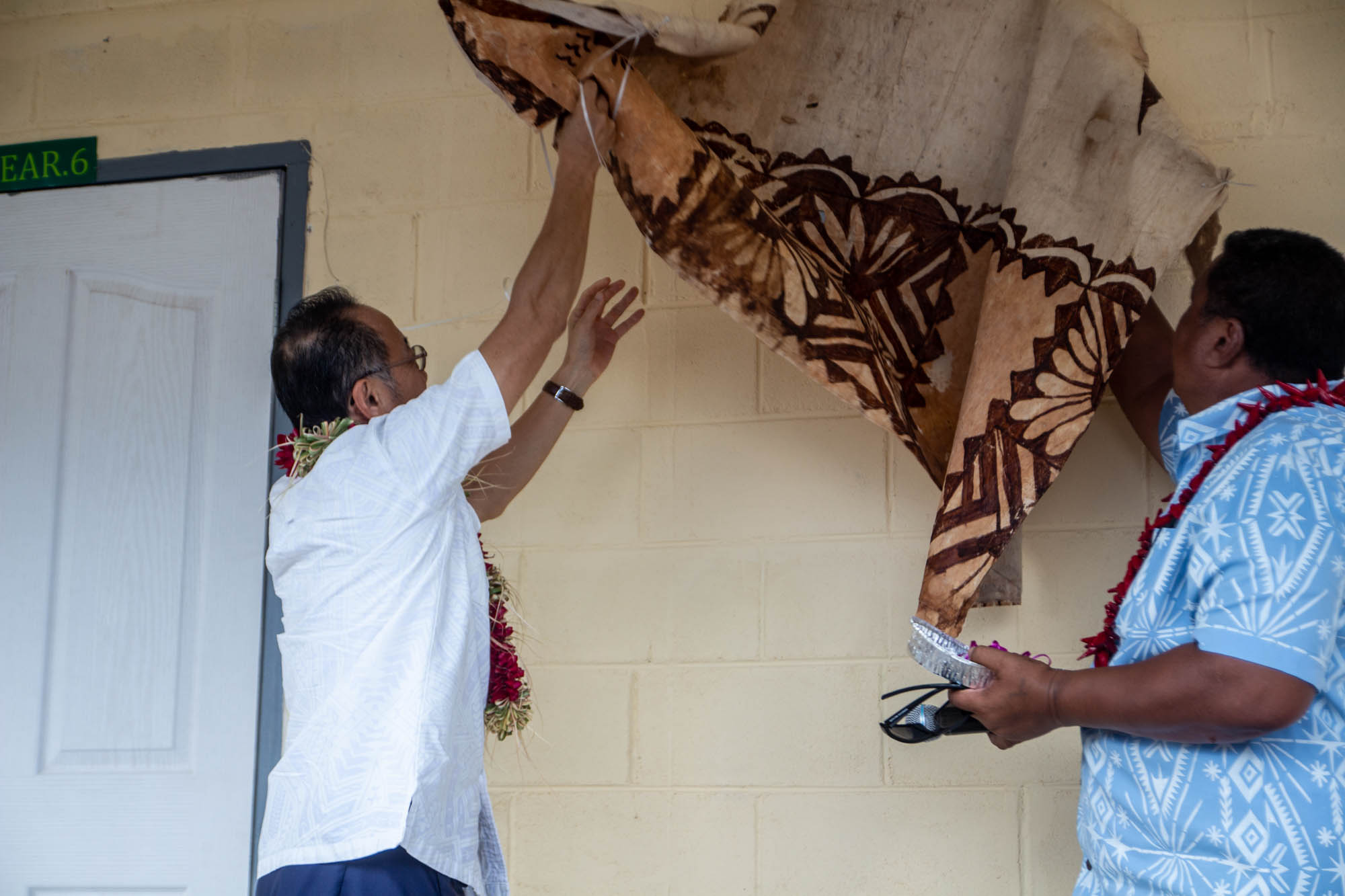 Fortunately, he said, an application for funding submitted to the Embassy of Japan in March of 2019 was accepted with the official signing ceremony for the approval of the grant in September of the same year.

The construction work took the village seven months to complete.

The students of Safotu had been using several houses within the village as their classrooms since the beginning of this year. But that will no longer be the case, as they will now enjoy their new classrooms and new school building.

However, Maiava said there is still more that needs to be done for the school.

They are looking at securing funds for a new hall for the school and a proper and safe fence for the compound.