Over a thousand men and women took part in a peaceful protest calling for an end to violence against women as they marched from Government building at Eleele Fou to Mulinu’u.

Dubbed the "Candlelight March" by organisers, the protestors gathered at the Government building dressed in white and orange on Monday afternoon before moving towards the Parliament precinct carrying banners and placards with messages condemning violence against women.

The protesters included defeated Human Rights Protection Party (H.R.P.P.) Cabinet Ministers, former Members, recently-elected Members as well as party supporters, some of them wearing apparel with the party's logo emblazoned on them. 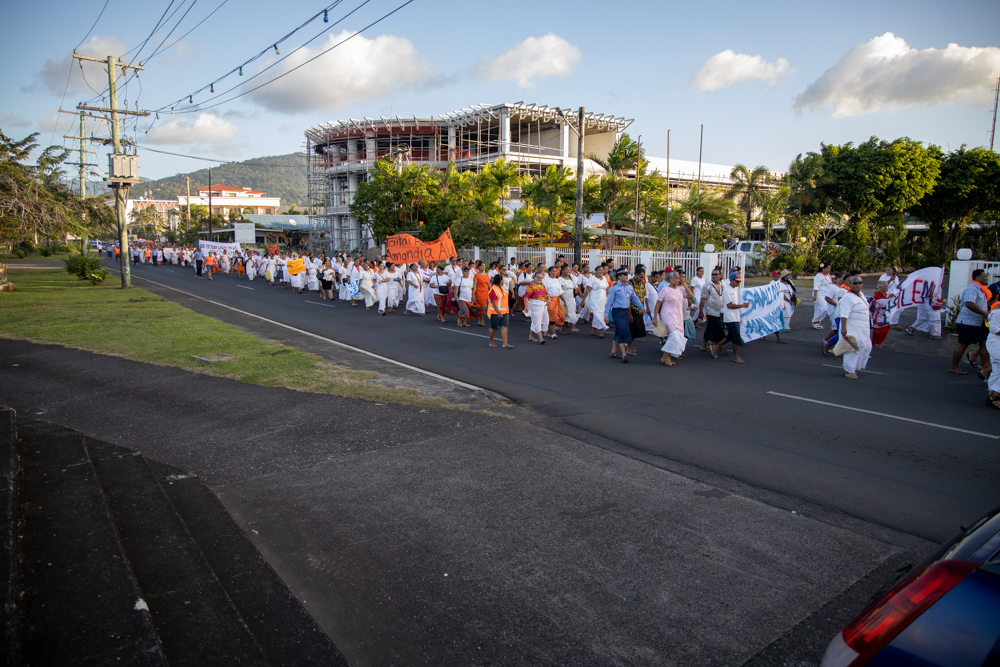 Retired M.P. and caretaker Minister for Women Community and Social Development, Tuitama Dr. Talalelei Tuitama, in an address to the protesters emphasised the importance of Samoa ratifying the Convention on the Elimination of All Forms of Discrimination Against Women (C.E.D.A.W.) in 1992.

“This evening we are once again reminded of this commitment made close to 30 years ago, not only to the United Nations but to ourselves as a country and as a people," he said.

"And have a life free of discrimination and of all forms of violence.”

Tuitama said as a proud signatory of the international treaty, Samoa has come a long way with its promotion of the rights of women. 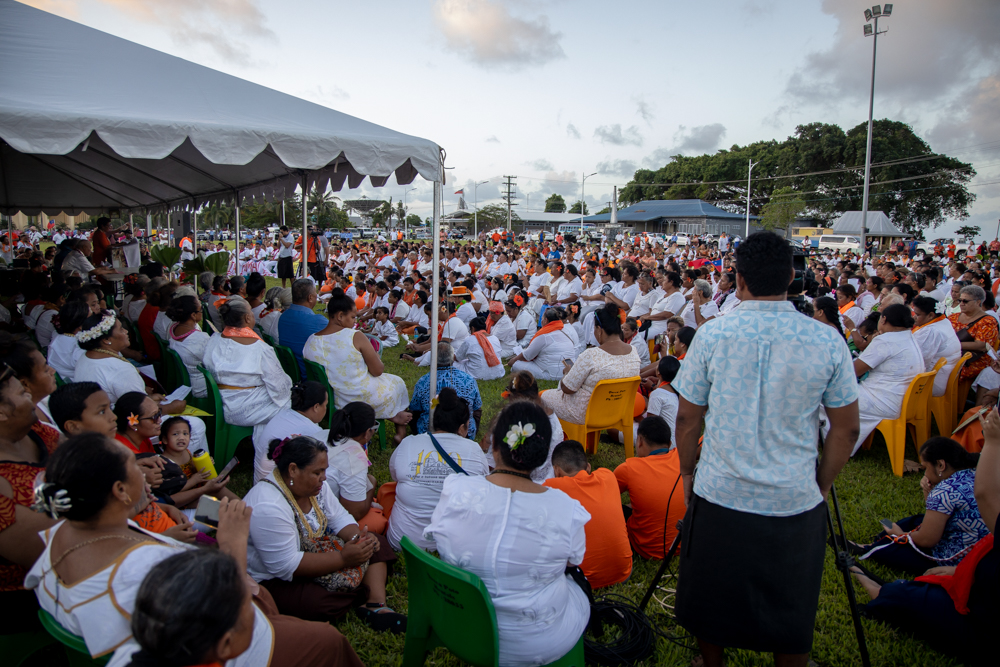 He said the country had developed several advocacy and awareness programmes.

But Samoa should remain vigilant and continue to protect women from any form of violation of or threats to their human rights, said the retired politician.

Tuitama urged citizens to continue to champion and promote peace by ending violence against women.

The caretaker Minister then made reference to comments purportedly attributed to the Fa’atuatua i le Atua Samoa ua Tasi (F.A.S.T.) Deputy Leader La’auli Leuatea Schmidt early this month. H.R.P.P. supporters as well as caretaker Prime Minister Tuilaepa Dr. Sa'ilele Malielegaoi construed the remarks as a threat by the Gagaifomauga No. 3 Member-elect of sexual violence against rival supporters spreading misinformation online. 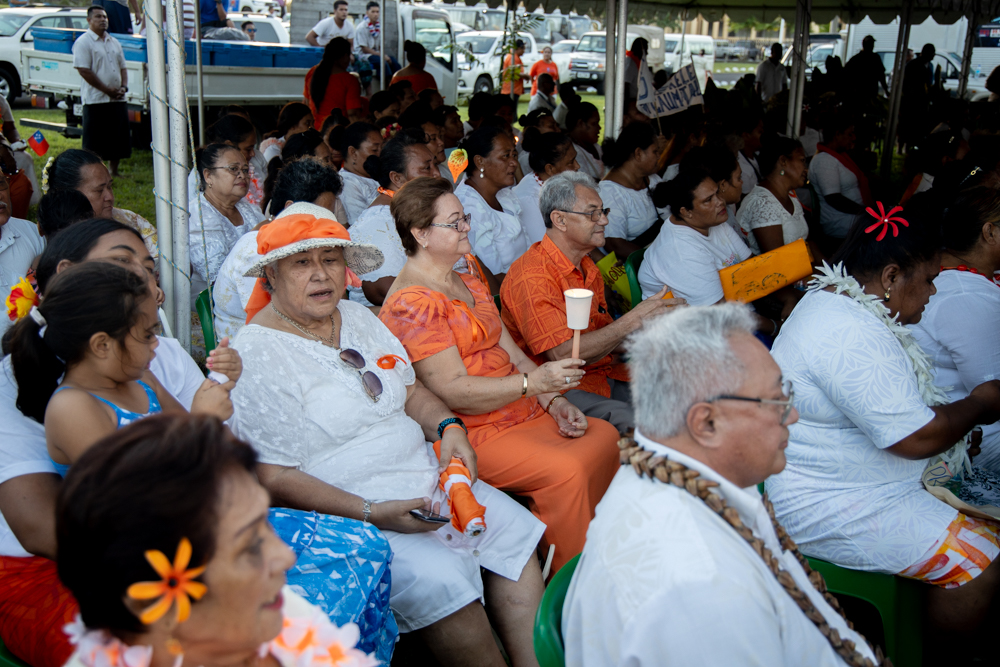 "Surely a rock has been dropped into Samoa's pool of harmony and the ripple effect of such criminal act has caused a tsunami of hurtful feelings, embarrassment, disgrace to the women of Samoa, the women all over the world and Samoa as a nation founded on God," Tuitama said.

"We have been informed by the women themselves of their concerns about these discouraging remarks, that are not only insulting and disgraceful to the honor of the mothers of Samoa but have generated much fear and distress among the communities.”

Tuitama said the remarks condone violence against women and undermined all the progress that Samoa has made as a country.

The retired Minister's speech came hours after TV3, the network on which La'auli was implicated in making the sexisr remarks, issued an apology to La'auli for broadcasting an interpretation of his remarks. 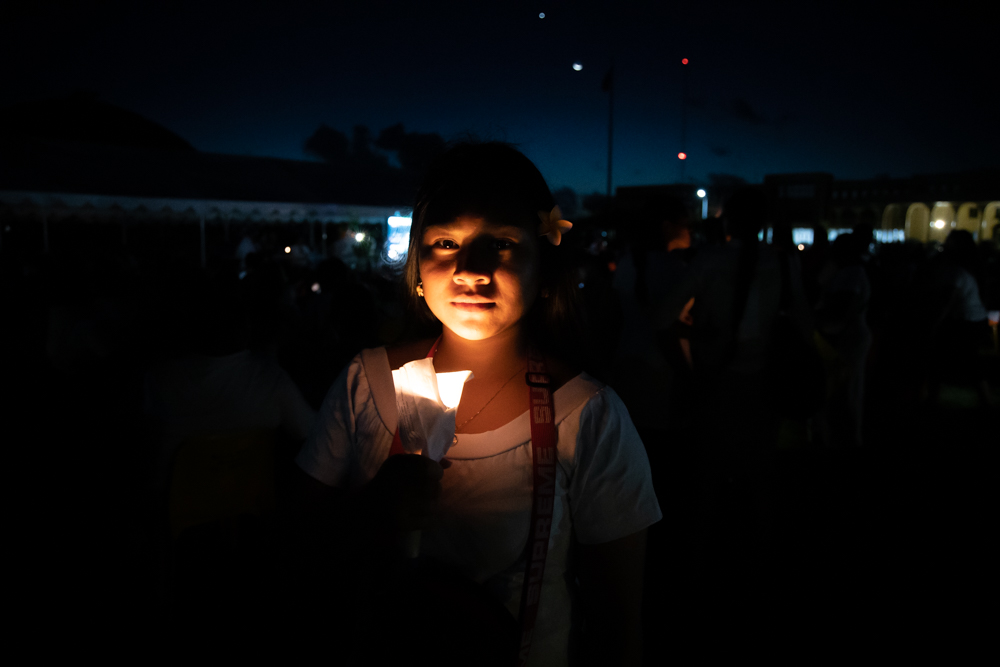 Reporter Rula Su’a Vaai said she was told by the caretaker Prime Minister to ask about the alleged remarks and, despite not having seen them first hand, relied upon an account given by Government media advisors.

In an official statement after interviewing the reporter forensically about her conduct on air the station issued a statement retracting its piece in full.

“We apologise for any wrongdoing that resulted from a recent interview TV3 had with the caretaker Prime Minister, Afioga Tuilaepa Sailele Malielegaoi that occurred on Wednesday, June 30th, 2021,” TV3 management wrote.

“There have been numerous accusations that TV3 reporter, Miss Rula Va'ai, insinuated that the Afioga La’auli Polataivao had promoted or advocated violence towards women, which he never did.” 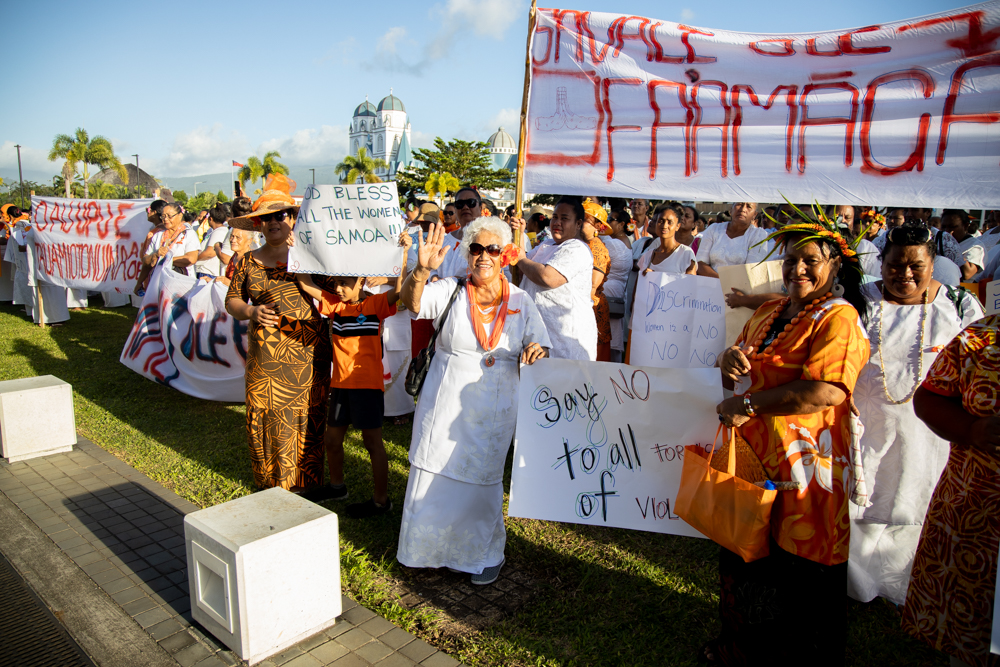 Rula apologised profusely to F.A.S.T.'s Deputy Leader for her lack of professionalism.

La’auli has maintained that his comments on the TV2 programme early this month have been distorted bv opponents of his political party.