Obstacles such as the pandemic and political uncertainty have slowed down the Vaisigano Catchment Project (V.C.P), according to a review of the multi-million dollar initiative underway this week.

The United Nations Development Programme's (U.N.D.P.) Multi-Country Office (M.C.O) Officer in charge said the obstacles to project were high on the agenda during talks on Wednesday.

The project is of six years' duration and aims to improve the climate-resilience of the Vaisigano River Catchment Area, co-funded by the Green Climate Fund (G.C.F.) and the Government of Samoa with total funding of USD$65.7 million.

On Wednesday, the G.C.F-V.C.P invited all of its Government Partners comprising of the Responsible Implementing and Collaborating Agencies to a two-day multi-year work planning and budgeting event under the leadership of the Ministry of Finance (M.O.F), the Executing Entity and facilitated by the G.C.F-Project Management Unit (P.M.U).

The planning session is being held at the Sheraton Aggie Grey's Hotel which lies adjacent to the Vaisigano River in Apia.

In her remarks, U.N.D.P. M.C.O Officer in charge Verena Linneweber stated that it has been frustrating times since they had last met seven months ago.

"Implementation of the V.C.P has continued being slowed down by the impacts of the COVID-19 pandemic and related state of emergency which continues to this day," she said.

"In addition, Samoa has been thrown into political uncertainty following the elections in April. There is still no confirmed government which has affected this and other projects in different ways."

Mrs. Linneweber said the uncertainty we are facing has made it very challenging to plan ahead and has lead to the need to make frequent reassessments and adjustments of work plans and budgets for the P.M.U and implementing agencies.

She highlighted the success of delivering under USD$9 million in 2020 through adaptive management, which according to her was more than what they thought was possible during the year; and producing important results including what she called the significant progress made on drainage upgrades around Apia center which have mitigated the impacts of the December 2020 floods.

Mrs. Linneweber then commended the Government of Samoa for its achievements. 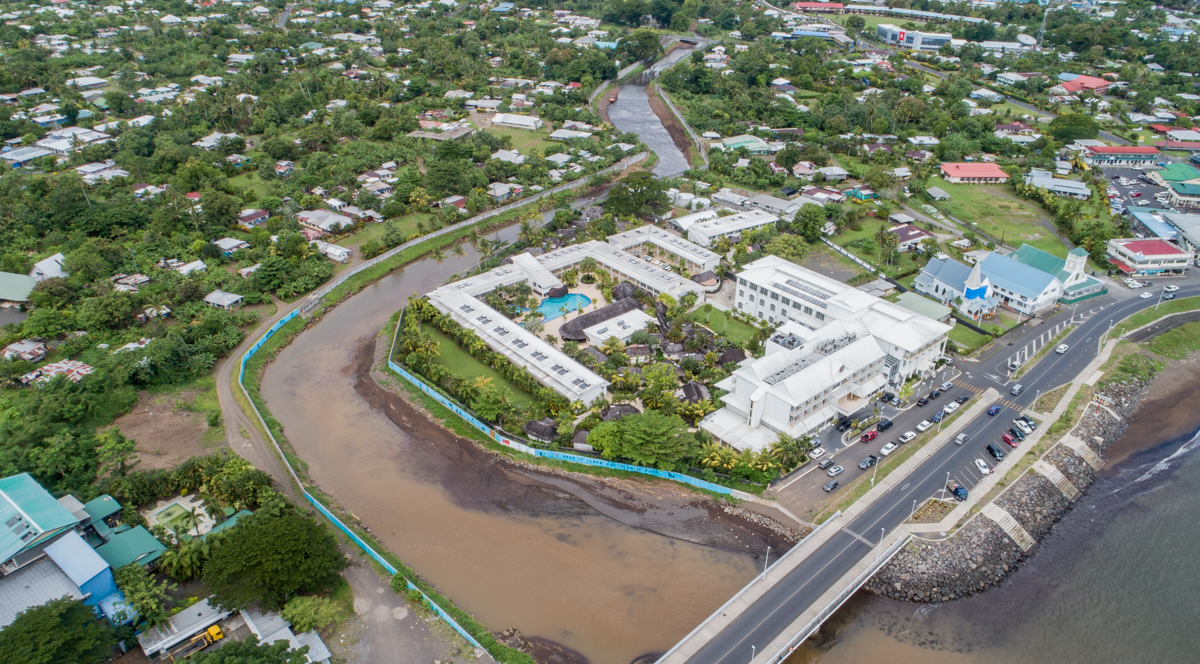 She added that from the experience in the previous year, it is known that the best planning would not ward off unexpected circumstances but anticipating different scenarios that may arise and staying flexible in responding to challenges in a coordinated and intentional way, will keep plans on track.

The Joint Multi-Year Work Planning and Budgeting event was an opportunity for all relevant partners of the G.C.F-V.C.P to meet under one roof, to collaborate, integrate, discuss and review its multi-year work plan and budget, implementation progress, challenges and adaptive management solutions to address issues and risks that hinder progress to date.

It is also intended for participants to review and realign planned and proposed activities and sub-activities to validate a detailed G.C.F-V.C.P Multi-Year and Annual Work Plan and Budget for the remaining years of the Project life.

In his keynote address, the Chief Executive Officer (C.E.O) of the Ministry of Finance, Leasiosiofa'asisina Oscar Malielegaoi stated that the G.C.F-V.C.P is a six year project which started in June 2017, designed to strengthen the adaptive capacity and reduce exposure to climate risks of vulnerable communities, infrastructure and the built environment in the Vaisigano river catchment area.

He said that the V.C.P represents the Government’s first G.C.F approved project and hopefully not the last, and one of the largest of its kind.

Leasiosiofa'asisina added that the V.C.P represents the government's initial steps in operationalising a comprehensive flood management solution with three key or major outputs.

These 3 outputs are Assessments and mechanisms in place for an integrated approach to reduce vulnerability towards flood-related risks; Infrastructure in the Vaisigano River are flood-proofed to increase resilience to negative effects of excessive water; and Drainage in downstream areas upgraded for increased regulation of water flows.