The family hopes a good samaritan can provide a solution for their children to study with light at night. (Photo: Vaitogi A. Matafeo)

The view from the home of Misikupa and Evotia Sauniaasi looking out to the ocean on the west coast of Upolu Island might be every realtor’s dream.

But a closer look at the family’s home, which was built on a hill with a panoramic view of the ocean, would tell you the challenges that they have to overcome.

It was obvious that the family is just thankful that they have a roof over their heads, protecting them from Samoa’s often unpredictable weather. 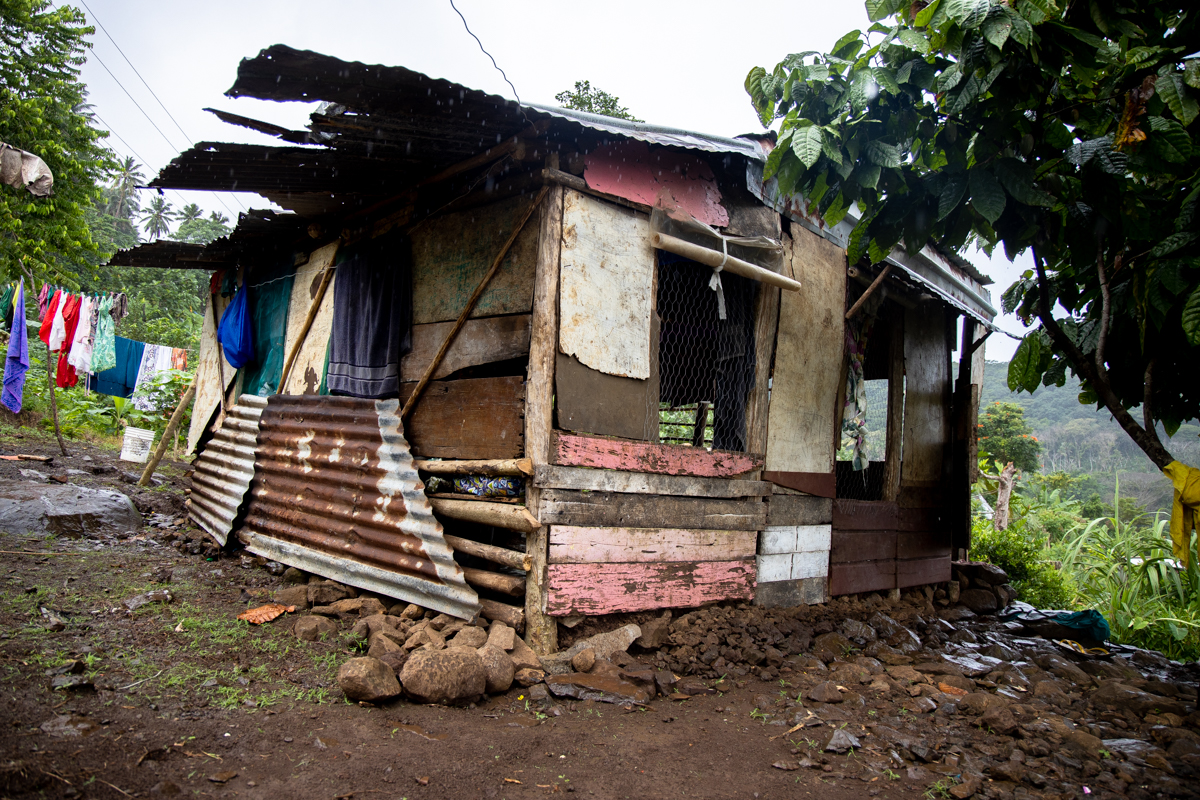 Rusty corrugated iron roof, held down by logs to stop the wind from blowing them off, is their only defence against heavy rain and wind. And the house’s structure, looking very much vulnerable, is held together by wooden posts and floor made out of rocks covered by mats and carpet.

Mr. Sauniaasi told the Samoa Observer that out of their seven children one got married and moved out while the other two live with their relatives as their house is too small.

The 45-year-old added that both he and his wife are unemployed and his family depends on their plantation and the sea for food supply and income.

“My family is in need of electricity but due to financial difficulties, we could not afford to pay for power connection,” he said. 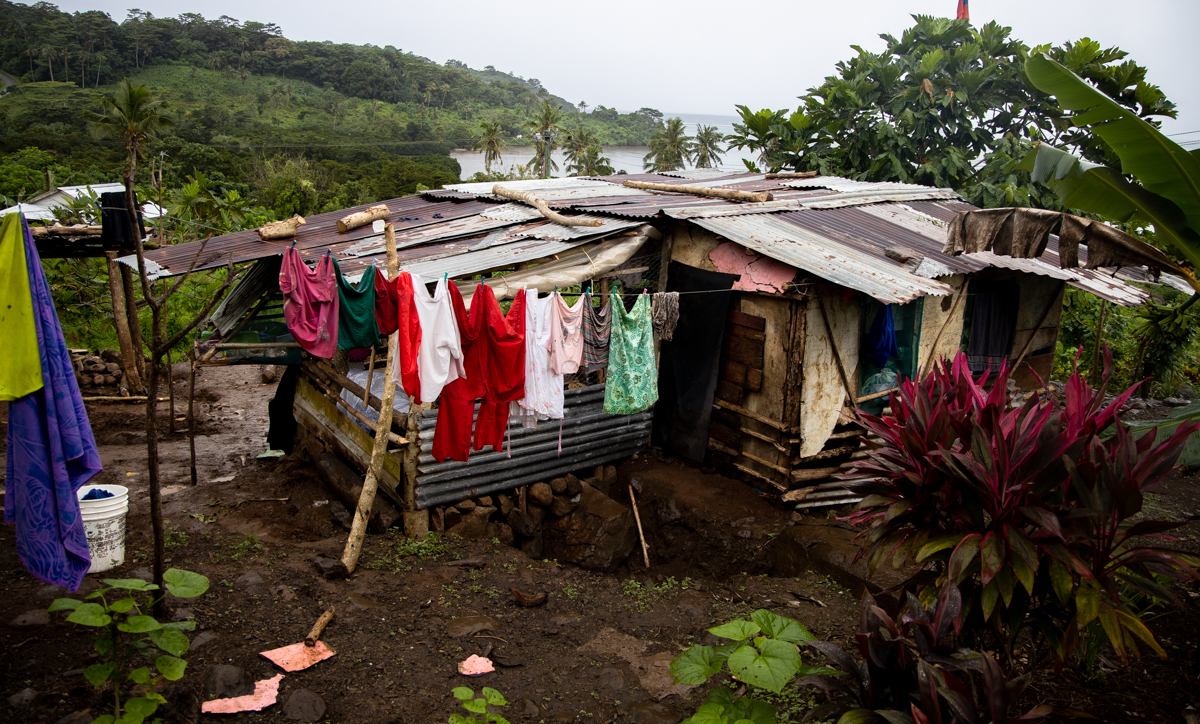 The father of seven also explained that his children do their studies at home with a candle. That's why he wishes to have power so they can have some form of light.

“We used to have a smaller home but we recently finished extending it to what it is now because before our home during heavy rain will be filled with water,” he added.

“And also even though we have iron roofing, our roof still leaks and rain water can still get inside our home through the surrounded barbed wire.”

He added that he is in charge of planting taro and bananas so they can have food but also sell it in the market to get some money for their daily needs.

“If not, I go fishing around the evening and come home around 2.00am so I can catch enough fish for my family’s meals and to sell it to earn $40 per day. 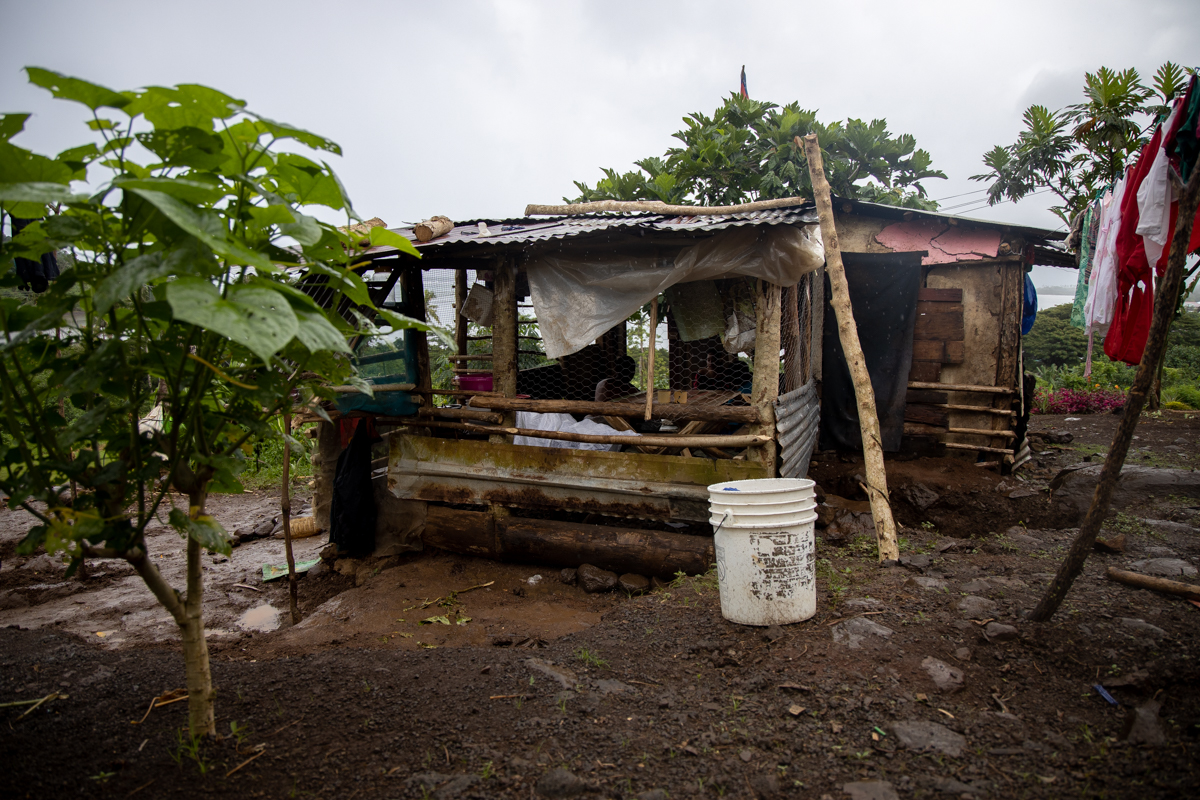 “I admit it is not easy but it is my responsibility as a father to provide for my family.”

Mrs. Sauniaasi said that she is in charge of cooking for their family, especially meals for her children on a daily basis. Other than the normal house chores, she also has a vegetable garden which she looks after and sells the harvest for extra income.

When asked what gift she would want for Mother’s Day, she said having a family is a gift but most importantly having another day added to her life is the best reward.

“We don’t know what tomorrow may bring so even celebrating Mother’s Day for another year is a gift,” she said.

If you are willing to help the family of Mr. and Mrs. Sauniaasi please contact the Samoa Observer on telephone 23078 as the family does not have a mobile contact.