Samoa
A child playing with the beaked whale that was found stranded on the shore at Vailoa Palauli in Savai'i (Photo: Sialai Sarafina Sanerivi. )

A Vailoa Palauli family has been peppered with questions since their seeming discovery of a "whale" on the shore behind the family's cookhouse last Tuesday evening.

In an interview with the Samoa Observer, Ruta Autagavaia, the matriarch of the household said a group of untitled men from their village were the first to discover the "humongous fish" while they were out fishing that Tuesday evening. 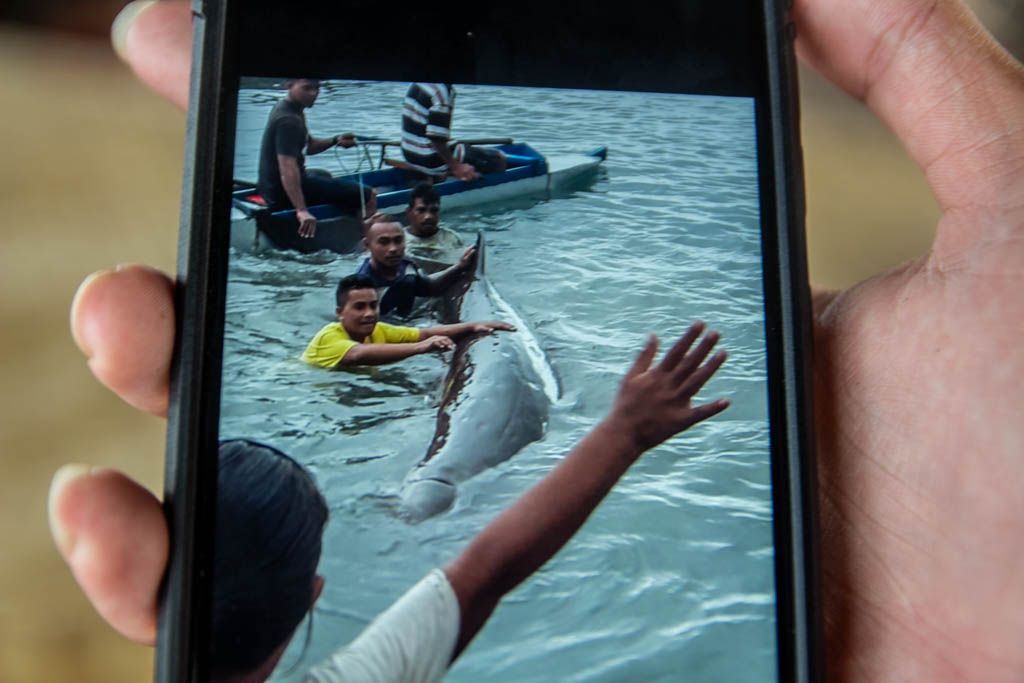 At first, Mrs. Autagavaia said they thought it was a dolphin.

"The big fish was stranded on the shore," she told the Samoa Observer.

"And the boys who were out fishing tied a rope on its body and tried to pull it to the back of our house."

Mrs. Autagavaia said they found out it was not a dolphin when they got a closer look at the fish.

"For your information, this is the second time we have discovered something like this, just behind our house," she said.

"About four years ago, we found a dolphin stranded on our shore and we kept it here, and so many people came to take photos of the dolphin.

"Police officers also came when they heard of the fish, so they took some photos and asked us to release the fish when it's high tide so it can swim back to where it came from.

"But this time around, this fish is much bigger than the dolphin and it doesn't look like a dolphin. It looks like a whale, but does not have any teeth.

"The fish was very friendly and harmless. So many people came as soon as they heard of the stranded fish on Tuesday evening.

"A few of them came and took videos and photos of the whale and it was tied to one of the big rocks here onshore.

Mrs. Autagavaia said they had not tried to contact fisheries authorities or the Police over the matter.

"Another man came and saw the fish and told us that it was a beaked whale. Some kids managed to jump on it and played with the fish.

"It was very friendly."

Videos and photographs of the rare species discovered at Vailoa Palauli went viral on social media and some people claimed that the fish was "wounded."

"We think it was washed to the shore during the very high tide and got stranded here."

After two days, the family had to release what they could only conclude was a "humongous fish" onto the ocean at high tide.

"We didn't want to release the fish early because we wanted specialists to come and examine the fish, so we can be sure what it is, and what it means for a rare marine species to come to our shores," she said.

"However, an elderly man from our village and family came to us and asked us to release the fish or else we would be fined for tying the fish here instead of releasing it to the ocean where it belongs.