Avele and Aana 2 Colleges as well as the Ministry of Education Sports and Culture reigned supreme in the Inter-College Weightlifting Competition men and women’s divisions on Wednesday.

The one-day competition was held at the Samoa Weightlifting Federation Gym 2 Tuanaimato with Avele College and the M.E.S.C. coming out on top in the men’s division and Aana 2 College taking the cup as the best team in the women’s division.

S.W.F. President Tuaopepe Jerry Wallwork described the inter-college competition as a useful program which can enable the federation to identify raw talent.

"This is the fourth year and this is an important program and I want to acknowledge the Minister and his Ministry for this initiative,” he said.

“As you know, this school program is where most of our lifters are from and have already made names for themselves like Don Opeloge and some of the gold medalists in Pacific Games in previous years.

"It is very exciting that the program is now continuing, the federation will look into new members and young ones who have the skills and talent to be a part of this sport so that our program will continue to grow.

“So that when these old ones finish their time and our young ones will move in to continue our talent.”

It is part of the federation’s plans to set up a training camp, which Tuaopepe says can be used to bring in both the new lifters and the national weightlifting team to train together.

"What we have in mind at the moment, once this competition finishes we will look into a pool for the skillful and are great lifters to bring into our association and we will have a training camp,” he added. 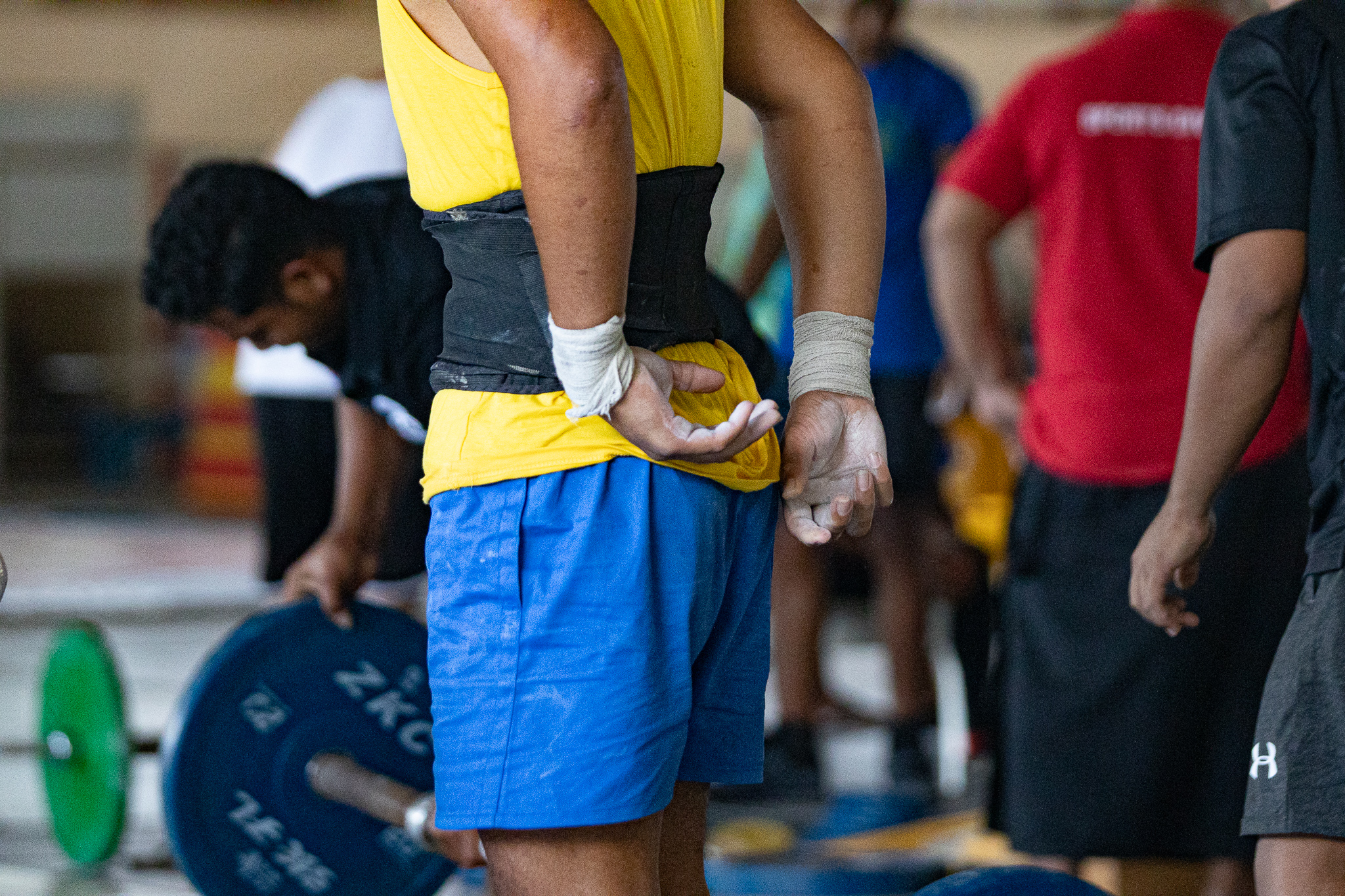 “We are thinking of during the time that the schools are on break, we can train them for that two weeks.

“For this training camp, we will select the lifters whom we see as the potential for the future and we will bring them in the association and will start training them.
“We will continue the program and maybe next year, you will see new faces in our national teams.”

Due to the state of emergency, the federation president said they had to invite the previous participants of the inter-college competition to participate in the program this year.

“The Ministry also wants to take the competition to Savai’i next year, it is not an easy job and plenty of time will be used, but let's just hope.

“But we will finish today's program before we look into another program."

All seven colleges that participated in the inter-college competition received gold medals for various categories, however, the meals were not enough to win them the coveted titles of the best team in the men and women's divisions.