Ken Togia lives by himself in his small shack. (Photo: Aufa'i Areta Areta)

Tucked away from the busy Apia town area, lives an elderly father alone with no electricity or direct water supply surrounded by lush green trees.

The home of Ken Laumea Togia is situated southwest of Upolu Island and away from the main road, and can only be accessed through a dirt road.

The 64-year-old lives alone and sleeps under a makeshift shelter of roofing iron, which he built to take cover from extreme weather conditions. His bed is a neatly arranged row of weathered wood planks covered in plastic.

He is the face of growing poverty in Samoa during the COVID-19 pandemic, a period which non-Government organisations say has led to them fielding more requests for assistance across Upolu and Savaii. 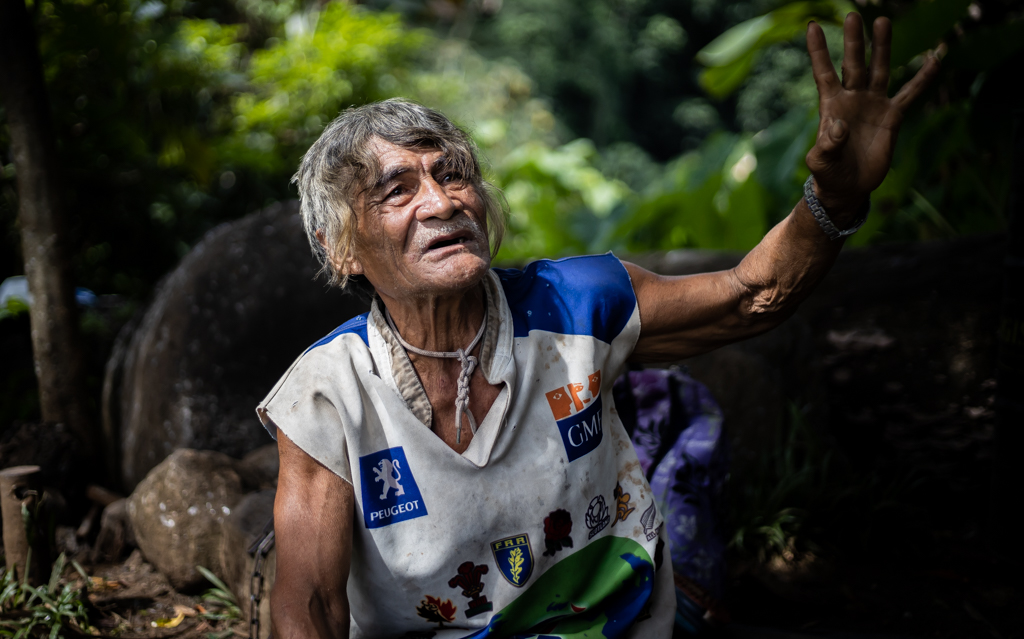 Togia told the Samoa Observer that it has been 40 years since he has been living on his current property, but before that, he had a home. He said he copes with what he has.

“My normal meals per day would be talo or banana, while I try and fetch water from the river,” he said.

He added that sometimes he sells his crops to earn a living, but he mostly lives without financial support. 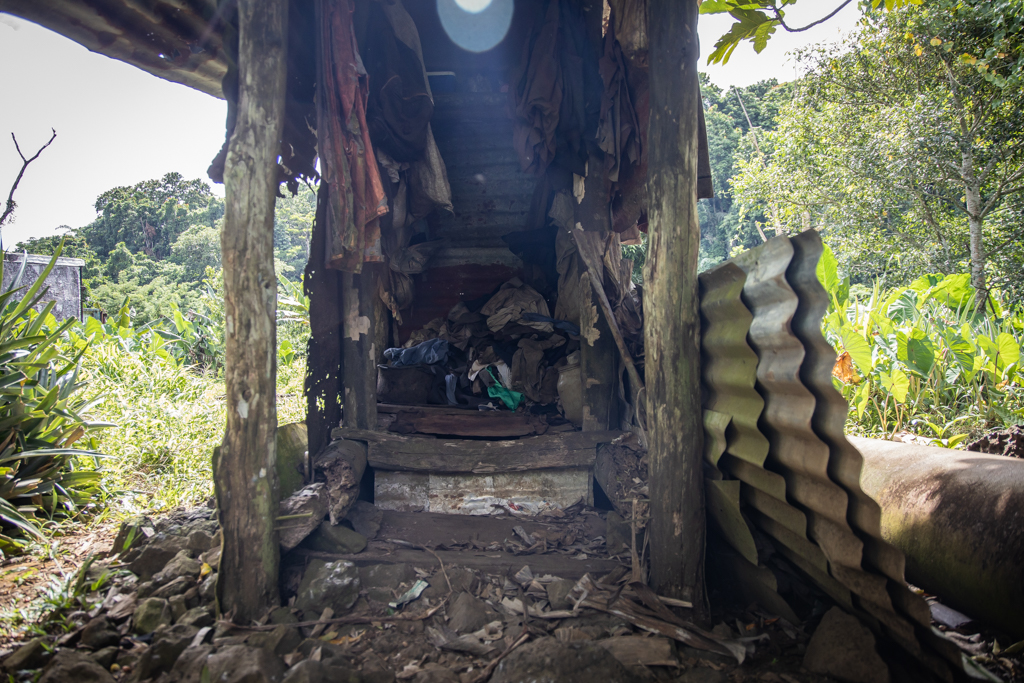 "I spend most of my time looking after my plantation but during my free time, I read my bible and pray to God for his protection and guidance.

"I know that I don't have much but I am grateful for God's never-ending love."

The farmer said that he had some pain in his ear, and thinks a centipede may have crawled in while he was sleeping. 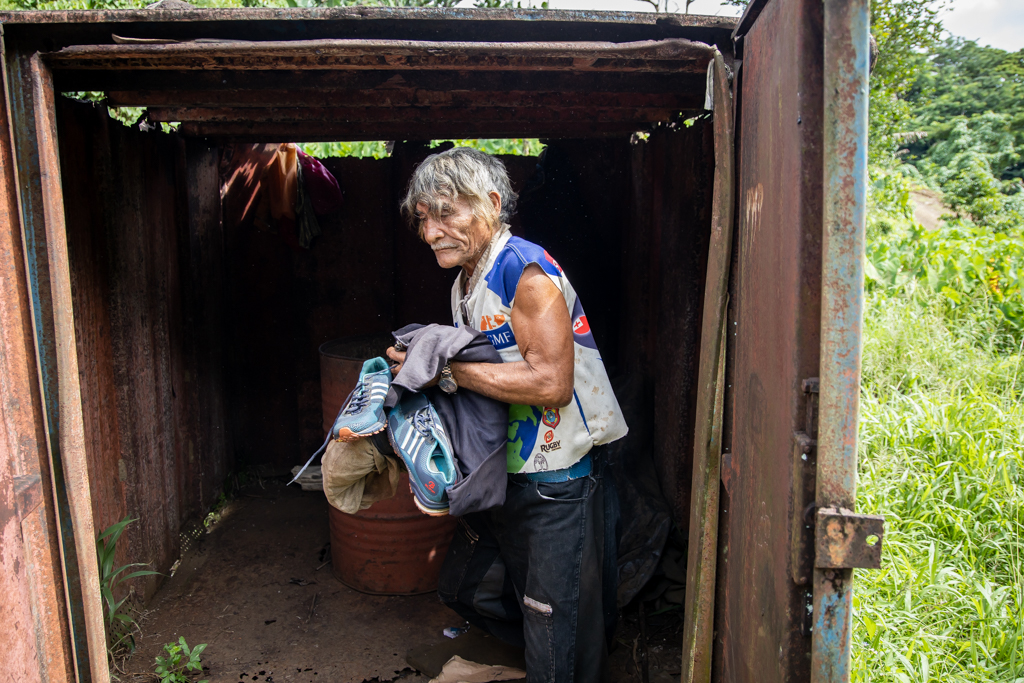 “It has been a month since I have been feeling that something is inside my ear, causing discomfort and pain. I have been to the hospital and they gave me pills, but it seems I am still unwell."

The president of Samoa Victim Support Group (S.V.S.G.), Siliniu Lina Chang told this newspaper that a call came in to their Helpline seeking assistance for the elderly farmer.

“We were able to assist Ken by taking him to get a medical checkup, and the doctor has said that his ear has been infected. We thank Dr. Potoi [for the help]. 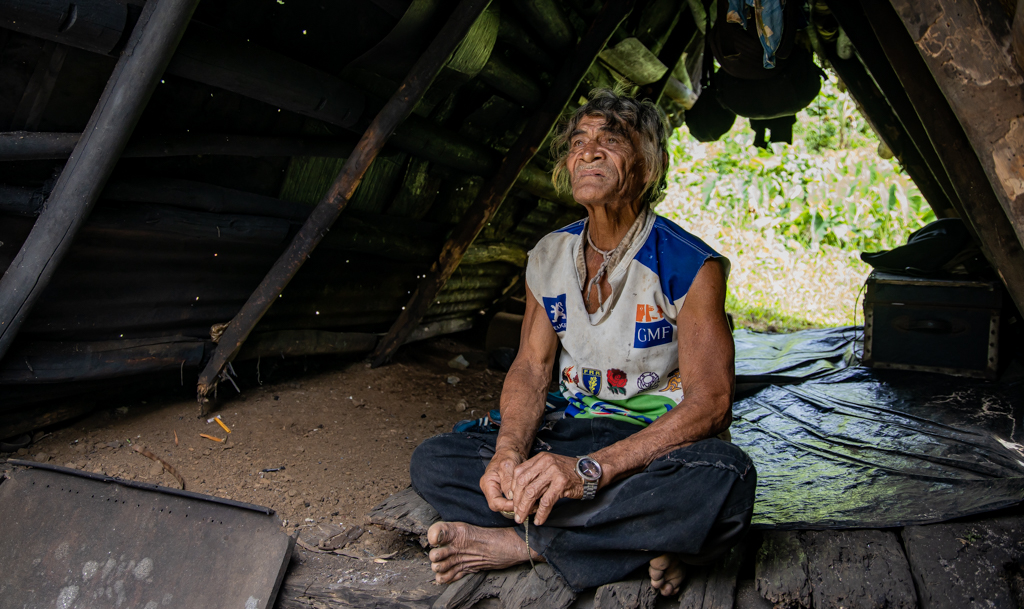 “[Togia] is also part of our welfare assistance, thanks to funding assistance from the [United Nations Development Programme] U.N.D.P. Spotlight Initiative," said Siliniu.

She said poverty exists in Samoa and talking about social issues was important. She acknowledged that the call for assistance through the Hotline is part of the community working together. 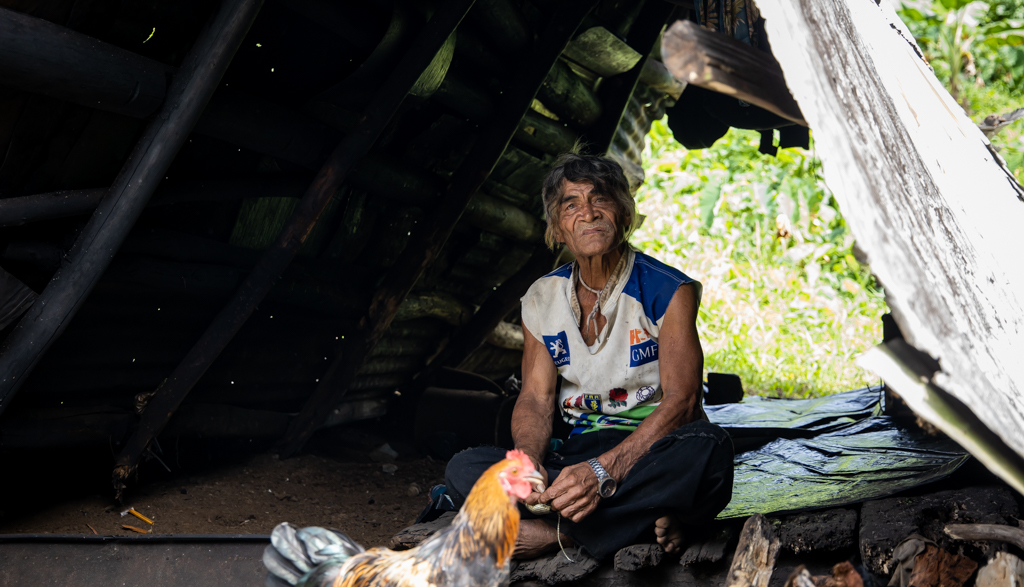 The S.V.S.G. head said that during the COVID-19 pandemic, there have been increasing demands on assistance sought from various families in Upolu and Savaii Islands.

“We have assisted over a hundred families through a project funded by the Canada Fund.

“It was through this project where we saw the need of those seeking help with food supplies, electricity supplies, some have been laid off from work.”

Siliniu acknowledged the assistance of Digicel and Vodafone with the free Helpline - Ph: 800-7874 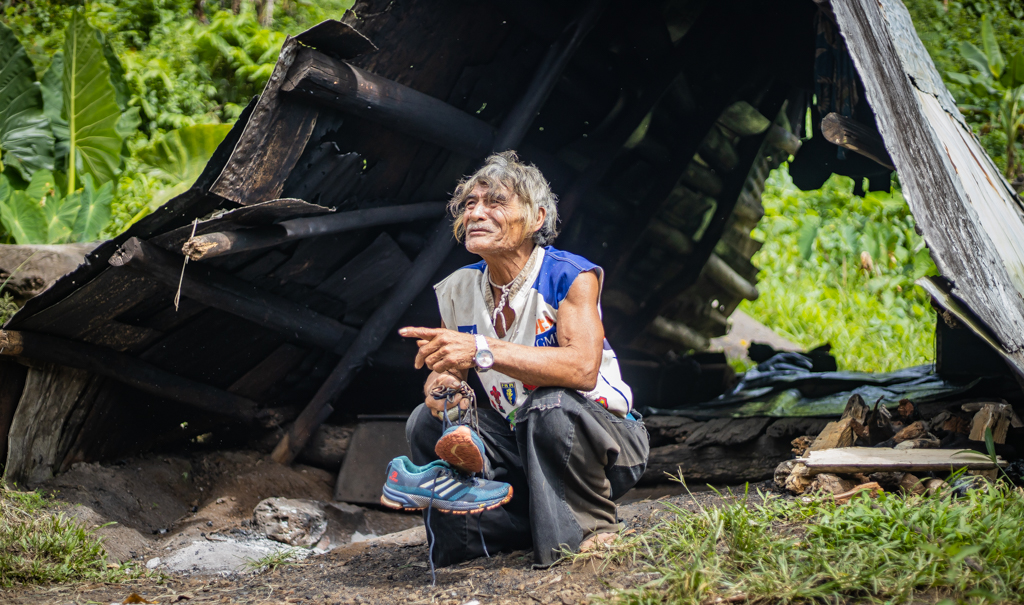 According to a report called: “Samoa's Second Voluntary National Review (V.N.R.) on the implementation of the Sustainable Development Goals,” it states that Samoa classifies households and individuals as extremely poor if their income falls below the national food poverty line.

“Samoa’s population living below the National Food Poverty Line stands at 6 per cent, 12 up from 3 per cent in 2013.

“Despite the increase it is relatively low. Based on international poverty line definitions (I.P.L.), 11.3 per cent of the Samoan population are living below the I.P.L. increasing from 6.06 per cent in 2013.

The Samoa Hardship and Poverty report on the analysis of the 2013/14 household income and expenditure survey (H.I.E.S.) issued by Samoa Bureau of Statistics and U.N.D.P. highlighted that there are two basic ingredients in measuring poverty:

“The first is a poverty line that refers to a benchmark level of consumption (or income) that enables a person to attain a threshold standard of living.

“The second ingredient in measuring poverty is a survey that collects data on income and/or consumption levels from a sample of household’s representative of a given population.

“The Food Poverty Line (F.P.L.) has an absolute base (2,100 kilocalories/day per capita) with items that make up those calories derived from the actual consumption patterns of the lowest three deciles in each of the three areas.

However, the Basic Needs Poverty Line (B.N.P.L.) is made up of two components: the cost of a minimum food basket; and an amount of expenditure for “essential” non-food basic needs.

The V.N.R. report also stated that despite positive outcomes in terms of near universal access to essential services and overall positive Gross Domestic Product growth over the past five years, not everyone is benefiting equally.

“One in five of Samoa’s population are living under hardship conditions, and while there is no extreme hunger, food and nutrition insecurity is rising.

"Unemployment rates are rising especially for youth and women and despite government legislation and efforts, there are incidences of child labour and income inequality.

“Despite these challenges, there is overall, high level of access to basic services such as improved drinking water sources and sanitation facilities.”

The Voluntary National Review also declared that Samoa was considered one of the best performing economies in the Pacific, growing at 4.3 per cent in a decade (1998 to 2008). According to the report, since that time Samoa's macroeconomic performance was hampered by the 2008 Global Financial Crisis and frequent natural disasters.

Samoa took part in the virtual 109th International Labour Conference (I.L.C.) to share its views on the key issues facing the world of work.