Artist Nikki Mariner has curated an exhibition 13 women artists showcasing their work next week on the theme 'Backbone.' (Photo: Paintings by Nikki Mariner)

Manama Art Studio is putting on their second-ever all-women art exhibition next week, featuring works from both established and new artists at their Vaigaga gallery.

Motivational speaker and longboat skipper Vaimasenuu Zita Martel will give a speech at opening night and acclaimed writer Landi Wendt Young will read a passage of her own writing. They are two women who gallery co-founder and artist Nikki Mariner says reflect the theme perfectly.

“They’ve both been tough in their respective fields to break new ground,” she said.

Newcomer Ms. Fepuleai said she accepted the invitation to join the exhibition to test herself, and measure up to the theme.

“It’s completely out of my comfort zone,” she said in a profile shared by the gallery.

“I’ve learned that with growth comes discomfort, struggle, and risk. My desire to grow and realise my growth got bigger than my fears and self-doubt.”

The exhibition begins just two days after International Women’s Day and is the second time Manamea has held an all-female exhibition. Ms. Mariner said women artists are not given enough space and respect to create art for themselves, and this opportunity hopes to fix that.

“Daughters, wives and mothers in Samoa are often expected to play support roles for their family members and sacrifice their own aspirations for their husbands, parents and children.  I have often found that people expect that of me even though I’m very passionate about my art,” Ms. Mariner said.

“Once married, the roles of wife and mother again trumped the necessary alone time and space it takes to develop a career as an artist.” 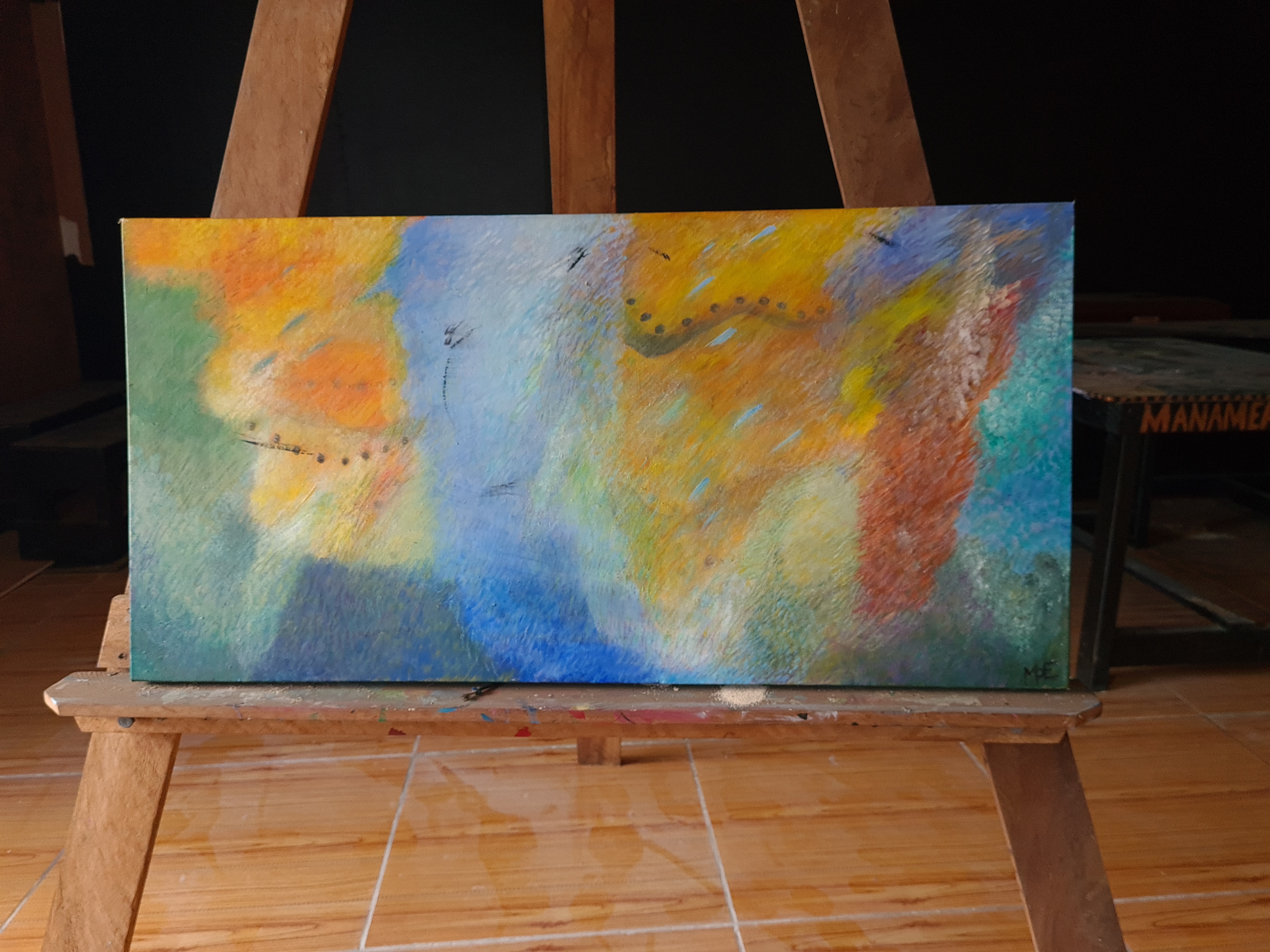 Ms. Mariner said she realised how common her experience was when she worked as a research advisor for students in 2014 and 2015, who were looking for women artists to interview and couldn’t find many.

She said she looked around her and saw women being creative everywhere: painting elei, weaving fine mats, arranging flowers, choreographing routines for church or decorating cakes.

“They were creative in the service of others,” she said. “But it was not created for themselves and rarely found displayed in public spaces. In many cases, their creativity served to support the work of male artists or their families.

“So I decided that if only women exhibited together we would all be the main event. When I found out there had never been an all women exhibition ever in Samoa, it became my dream to make it happen.

“I was blown away by the popularity of the first exhibition as our gallery was overflowing with people lined up at the door. That rarely happens for an art event. So I knew it could be important and could make a difference.”

She said among the many reasons that Samoa should have thriving female visual artists, more women visible and active in public spaces including the arts should reduce the amount of violence against women in the country.

“I believe that many of the problems of sexual assault and domestic abuse against women and girls in Samoa is due to a lack of respect for women and their lack of voice in public spaces. It’s like a belief that women are the boss at home but men are bosses outside of the home,” she said.

“So if women need to be more visible in parliament and agriculture and commerce and sport, it’s also important they are prominent in the visual arts.”

For Ms. Mariner, Backbone is not a singular theme. It represents strength and courage, and the way women hold up their families. It’s also a call to one of the tattoos the Manumea studio has become known for: a chain of symbols down a person’s spine.

She said visitors can expect to see a range of perspectives on the theme, and hopes they will walk away imbued with some of the strength the artists have worked into their art.

“I hope they will see a lot of beautiful and diverse artwork on the theme and see different perspectives on what sustains, on what defines strength, which people fill the role of a backbone, and appreciate those people in a new way. I hope they just see the art and forget about gender.

“I hope people walk away feeling stronger, braver, more connected to others and inspired to keep going with greater awareness of their own backbones.”

Throughout the process of putting on this and the first all-women exhibition, Ms. Mariner said she watched how collaborative, instead of competitive, the artists were towards each other.

The artists were also happy to paint from their heart to share a story or message they cared about rather than sweat over technicalities, she said.

“I discovered that the artists could be self-deprecating and often criticized their own work, and underplayed their success. They were more enthusiastic about each other’s work and humble about their own,” she said.

Meanwhile the pandemic has affected the Manamea gallery and its family of full time artists, tattooists and carvers. To put on this exhibition and others in the coming weeks, the artists have offered their services in exchange for help in a more traditional bartering format.

Whether it is building materials or expertise, one by one the jobs are getting done in exchange for one-of-a-kind pieces instead of cash.

“So we had to think outside the box and start offering whatever we have. So we’ve been selling our paintings at huge discount prices, and trying to barter artistic services in return for building materials or cash.

“A few angels have volunteered to help out which was so appreciated and helped us make progress, so both Lalovai and I have a lot of work to do to repay them.

“If we do get this exhibition up, it will be because of their kindness. The gallery walls are still not finished and we know it will all work out. It always does.

“This is the lifestyle of self-employed full-time artists and has always been the way for artists throughout history.

“I think we are the only independent full-time artists in Samoa with no other form of income except for what we make with our hands. We only have our studio in life. No other assets.  It’s risky with highs and lows. But only the art matters in the end. The art will remain long after we die.”

Much of the work in the exhibition will be available for purchase. 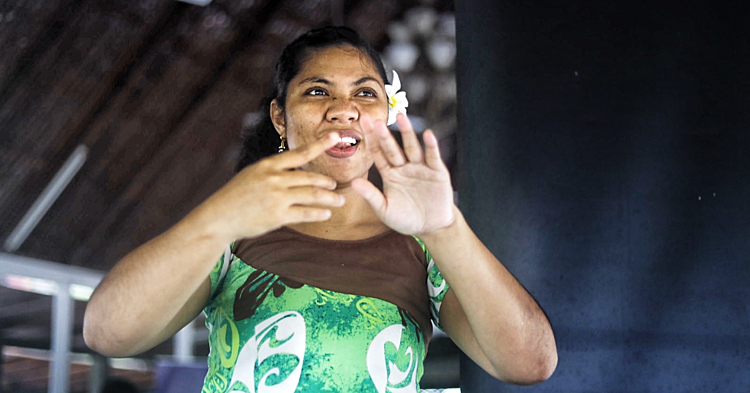