The oversupply of taro in the domestic market is forcing farmers to consider new sale strategies which include finding new locations.

Jack Siaosi of Afiamalu told the Samoa Observer that he had to abandon the main markets and move to shop fronts in order to sell his taros for a higher price.

The father of eight was seen at the front of the Frankie Supermarket Vaitele on Saturday night trying to sell his crops to customers, who were rushing in to shop before it closed.

Bad weather over the last two weeks has also thrown the spanner in the works of his plans to sell his taro, which will impact his ability to take care of his children who are now in school.

"My taro production is alright with the weather but my vegetables are not in good condition,” he told this newspaper.

“I am a farmer and I have eight children, four are in school while the other four is staying home as they have not reached the age to attend school.”

Selling taro is the only form of income for Mr Siaosi and failure to sell can have an immediate impact on his family.

Selling his taro in front of the supermarket at Vaitele on Saturday has become the norm in recent weeks and last Saturday evening was no different.

"I come here every Saturday to sell my taros until the supermarket is closed,” he said. 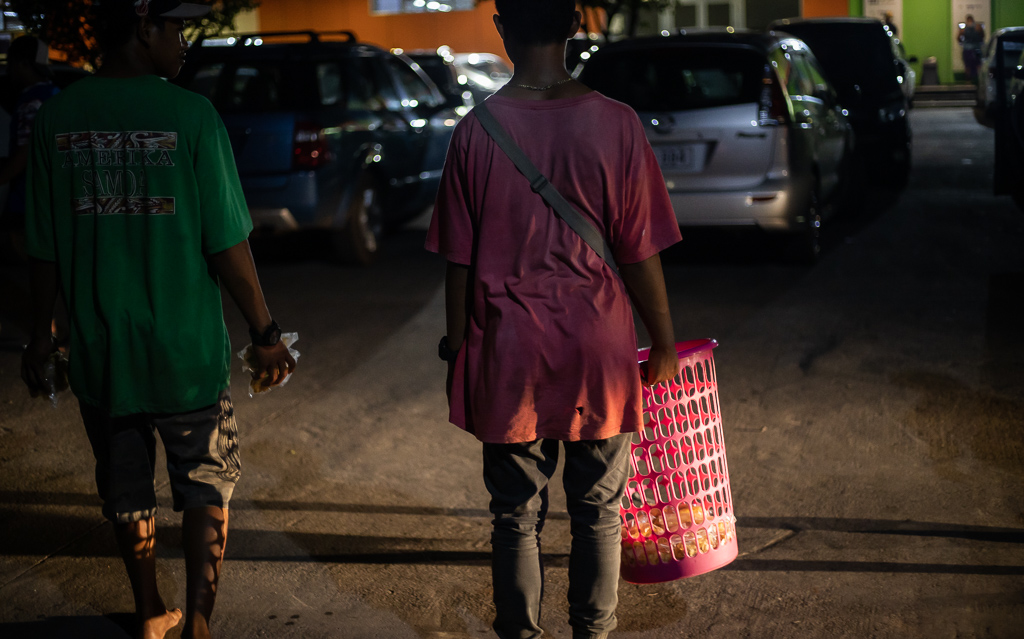 “I sell them for $10 tala but if I go to the market I will be forced to sell these three stacks for $10, which as a farmer it's not fair compared to all the work I go through every day to grow them.

“And if I sell it at that price I would be losing all my hard work and I won't be able to fend for my family's needs.”

The last three weeks have been tough for Mr Siaosi in terms of his taro sales and he will send his produce back to Afiamalu if they are all not sold.

"If there is no sale I don't know where else I can run to for money as this is our family's only source of income,” he added.

“Ever since we went into the state of emergency, I have not been able to make great income to meet my family's needs.

“But I am still trying to make ends meet. It is not easy being the breadwinner of the family but we have to make it through these difficult times.”

Aana 2 College walks away with U18 Girls title

Aana 2 College walked away with the U18 title when they beat Palauli i Sisifo College from Savaii 19 - 17 in the grand final on Friday at Saint Joseph's College, Alafua.