A family in Saanapu successfully hosted a pool table competition in the Safata region on Saturday.

They started their competition last year at the height of the COVID-19 pandemic which then led to Samoa declaring a state of emergency.

But the declaration of the S.O.E. and the restrictions on the public gathering of people opened up a business opportunity for the family.

Filipo Siaki told the Samoa Observer that they decided to venture into a small pool table tournament. 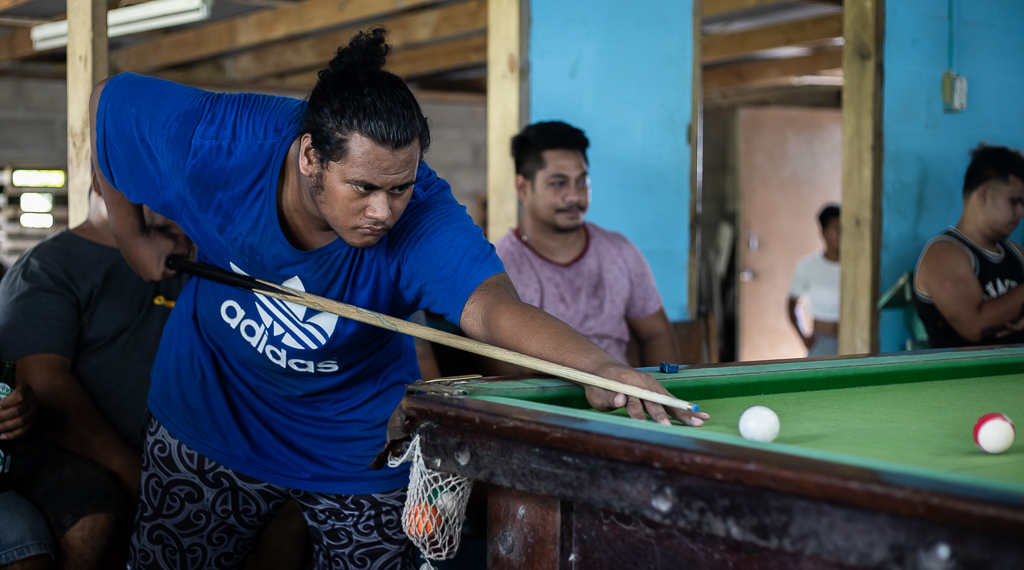 "This tournament started last year when COVID-19 restrictions were stricken, people did not really have anywhere to go and were not allowed to be in large gatherings,” he said.

“With that, it actually gave us an idea to start up a small tournament like these pool tables competition because most people were bored at home.”

According to Siaki, they started hosting the tournaments on public holidays but have now opted to expand it further. 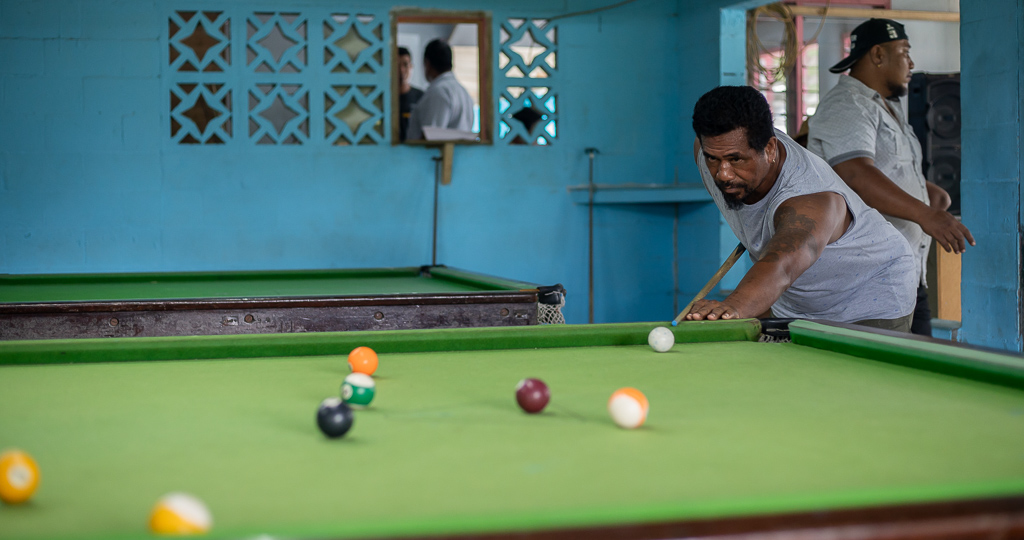 “However our tournaments will only be held on public holidays but today there is a reason why we did it today.”

Following the opening of their new church building last Thursday, the family decided to play host to the event so people can relax.

"We just finished the opening of our new church building on Thursday, and so we decided to host this tournament today so that people can have a chance to relax and enjoy their weekend. 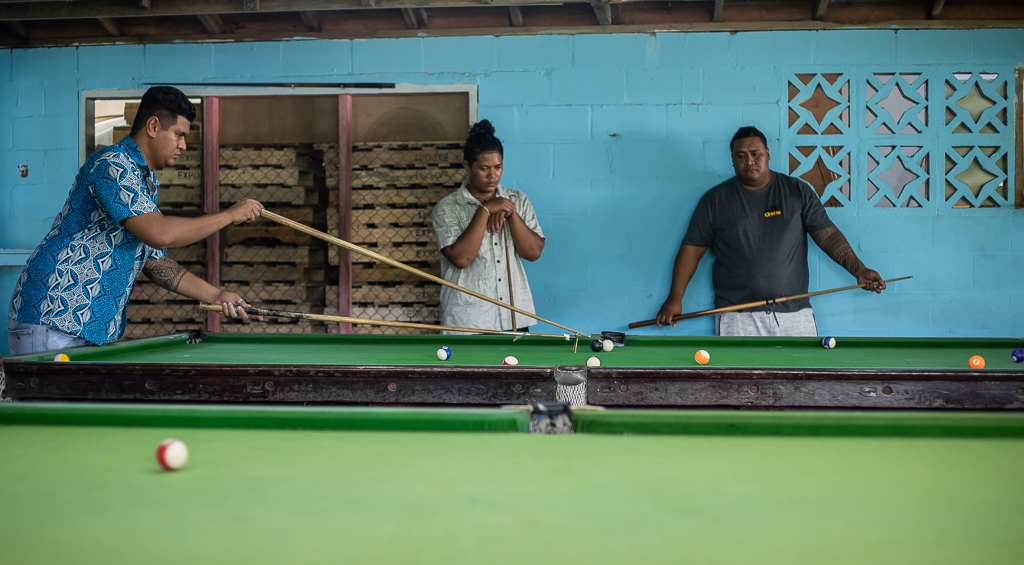 “The tournament was divided into two divisions - single and double.

“For the single division, only one person can compete, and for the double, two people will team up to play against the other pairs.

“They competed for prize money and a trophy for the single and a shield for the double.”

Currently, the tournament has attracted 35 participants for the singles and doubles with the single individual shooting for themselves but for the double, there are two people who will team up and play against the other team." 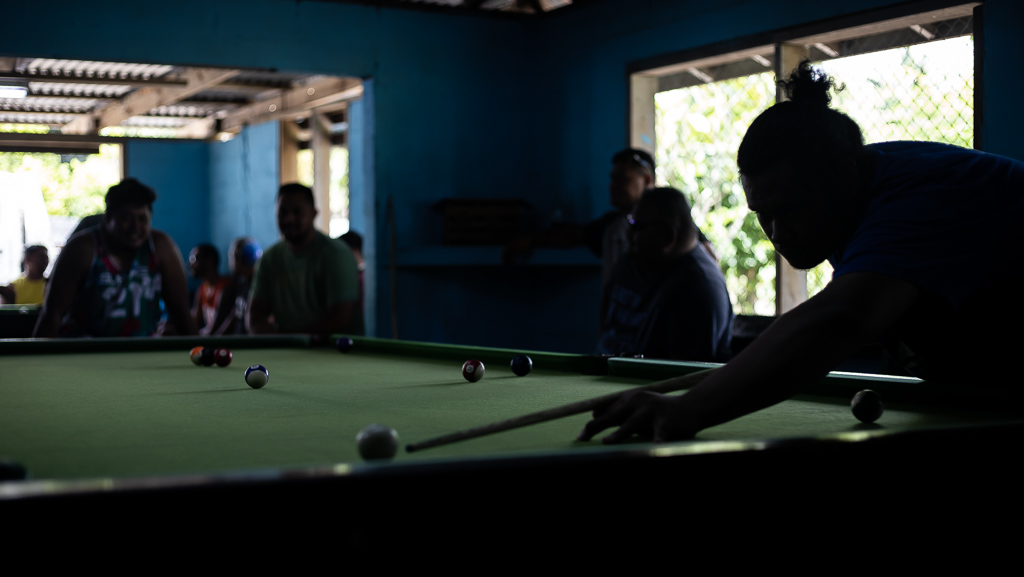 This year Siaki has seen improvements from last year's tournaments, not only with the number of participants but they have also started the single division which was not done there before.

"This year we have seen an improvement, last year we started off with only 16 participants and we didn't have a single division just the double,” he said.

“After that first tournament last year, I started to advertise on social media about the next tournament which was going to be hosted on the White Sunday holiday. 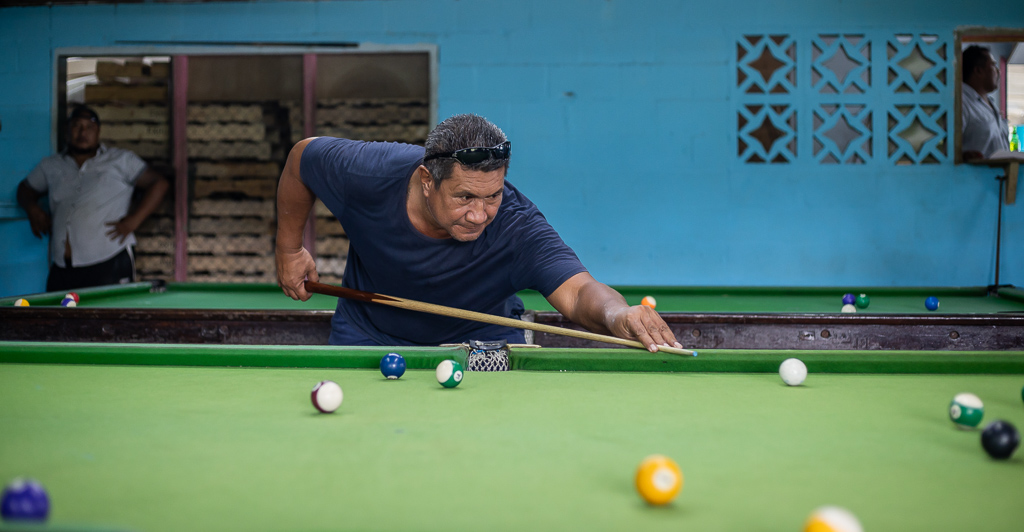 "Then in that tournament, we had more participants and with the help of my One Shot Club, more people were attracted to come here and play.

“Until then there have been a few people who have shown interest in the sport.”

Siaki believes pool table is not common in Samoa and is not being treated like a worthy sport, but he says the sport has a lot more to offer and he is positive that there are potential players in Samoa.

"I know pool games are not the list of games here in Samoa but we do have people who are talented in this area.

“I watched overseas countries and saw them making money from this sport, and there are people who can actually represent our country in this sport.

“Our family are business people, this also helps in improving our family's life.

“It is also important that we can actually help people discover their talents and it can also help them earn money.”

Their next tournament will be during the Easter long weekend in April this year.