It has been two years since a 29-year-old man and his wife decided to leave the comfort of living with their extended family to realise their dream of starting a new life together.

Thoughts about the risk of starting a family while relying on a small income generated from carpentry work as well as fishing to build the foundation of their new home weighed heavily on the minds of Fealofani Toma and his wife Naomi.

Two years since setting out to take their own path, the couple lives in a small house built in traditional Samoan style with a coconut leaf-thatched roof and old corrugated iron. It is a testament to how far the couple's plans have fared despite challenges such as a lack of access to electricity and water.

But Mrs. Toma suddenly becoming afflicted by illness has proven to be their biggest challenge - one which threatens to upend the couple's ambitions.

Located on the northwest coast of Upolu, over 44 kilometres from Apia, access to Mr. Toma’s house is via a dirt road that turns inland and is surrounded by a plantation.

The couple cannot access some of the basic necessities such as water and electricity supply and have to rely on the generosity of relatives living nearby.

“We use water and electricity from our relative’s home nearby because we do not have a stable home,” Mr. Toma said in an interview with the Samoa Observer.

“One of the advantages of living a poor life is that you budget everything from resources to money, especially saving various things.”

His wife previously worked for the national airline Samoa Airways but is no longer employed.

All had been well for the couple in their new home, until Mrs. Toma suddenly fell ill, forcing her husband to shift his focus. 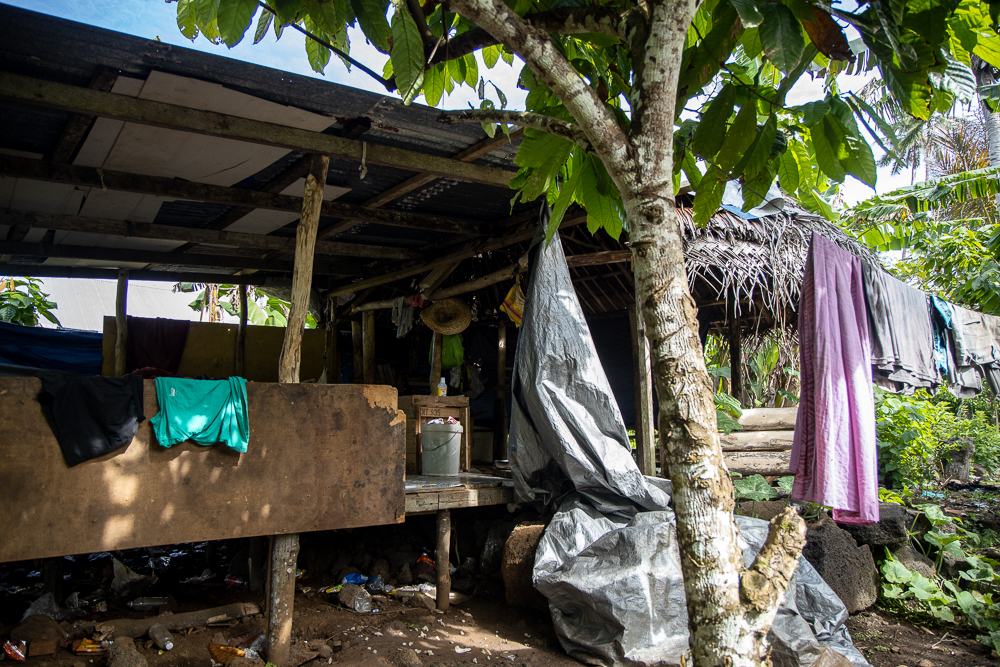 “I sell cocoa for $7 per cup, do hard labour at a carpentry work from time to time, or go fishing but there are times we do not have any money at all,” he said.

“I love my wife and that is the reason behind all my hard work.

“I want to care for her needs especially because she is unwell.

“When she has medication she needs to eat so that’s why I try to ensure there is some money but sadly the last time we got her pills was in November last year, it depends on our financial situation.

“We pay to use someone’s car to go to the hospital at Leulumoega and if there is a shortage of medication there we have to go to the main hospital.”

Mr. Toma says he is keen to push ahead despite life's mounting challenges and will not tire while saying that he is thankful for the support from his family abroad.

“I was fortunate that my overseas relative had offered help but I understand that everyone has their own responsibilities so they have faced some problems and I feel bad for them," he said.