The rebranding took place a year after it was first proposed in Parliament. The Minister of Education, Sports and Culture (M.E.S.C.), Loau Keneti Sio, cut the ribbon to officially unveil the new name for the university.

The name change was “another milestone” in the history of the U.S.P. in Samoa, he said.

“The name-change was and is deemed necessary to reflect the evolution in course offerings and programs from the Campus,” said Loau.

The M.E.S.C. minister is chairperson of the U.S.P. Samoa Campus Advisory committee and member of the U.S.P. Council, which is composed of 31 representatives from member countries of the international university. 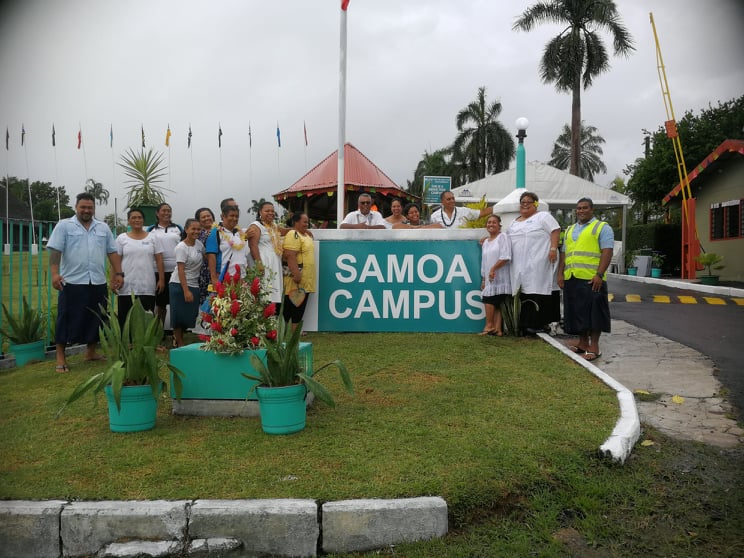 The rebranding of the campus in Alafua, Loau noted, began on the floor of Parliament.

“The first seeds of this change were planted in the Samoa Parliament Legislative Assembly on March 19, 2019, when a Bill for the name change was introduced as the ‘University of the South Pacific School of Agriculture Amendment Bill, 2019,” he said.

“Discussions about the sill were held between the Samoa Government and the then Campus leadership team—Ms Seulgee Samuelu who was Officer in Charge, and Assoc. Prof. Siaka Diarra, the then Head of School of [the School of Agriculture and Food Technology]” 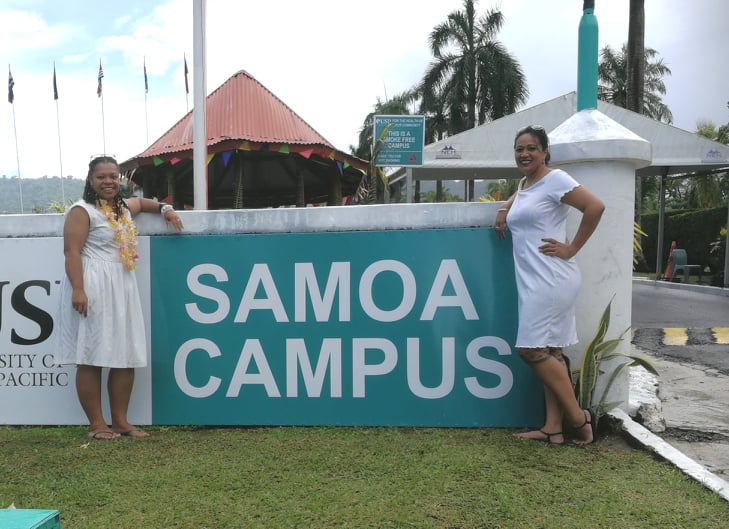 Further discussions on the bill were held during a U.S.P.-Alafua Campus Advisory Committee meeting, before it was proposed to the U.S.P. Senior Management Team, Loau said.

“At all levels of discussion, it was unanimously agreed that the name-change was needed to accurately echo the changes to the courses and programmes on offer from the Campus,” he said.

At the 90th Meeting of Council on 18 and 19 November last year the name change was approved, more than a year after it was first proposed, Loau said. 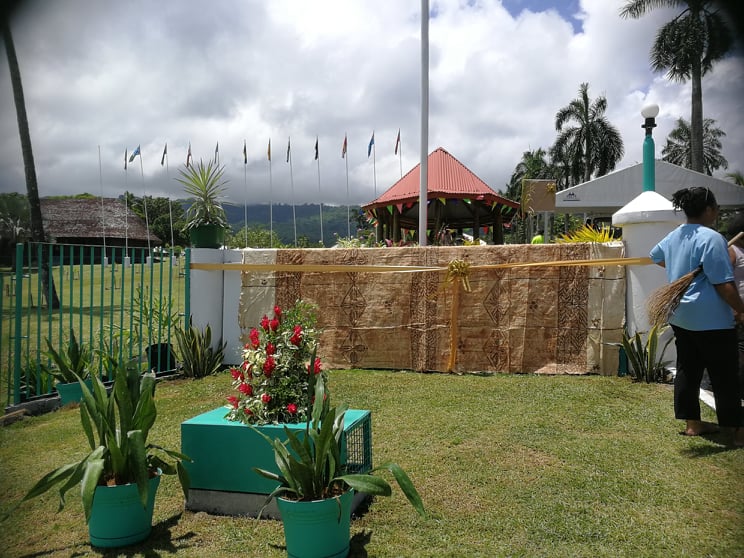 “That this change is made more than 50 years after the University was established is [testament to] the university’s dynamic adaptability and flexibility, allowing it to shift with the times when and where it is needed,” he said.

“So as we celebrate this momentous event, let us also celebrate our university’s ability to adapt to changes as it steers our Pacific forward in shaping its future.”

A word of prayer to bless the gathering and the campus was offered by Reverend Apimeleki Qiliho.

Amidst a rainstorm, which speakers called “blessings,” a covering that concealed new signage at the main gate, was removed to unveil the gleaming new U.S.P. Samoa Campus lettering with Loau cutting the ceremonial ribbon.