According to the driver of the Samoa Observer vehicle, Peter Fonoti, he was out on his usual work run when the incident happened. The driver of the Serena, a female in her early 20's, was traveling alone. 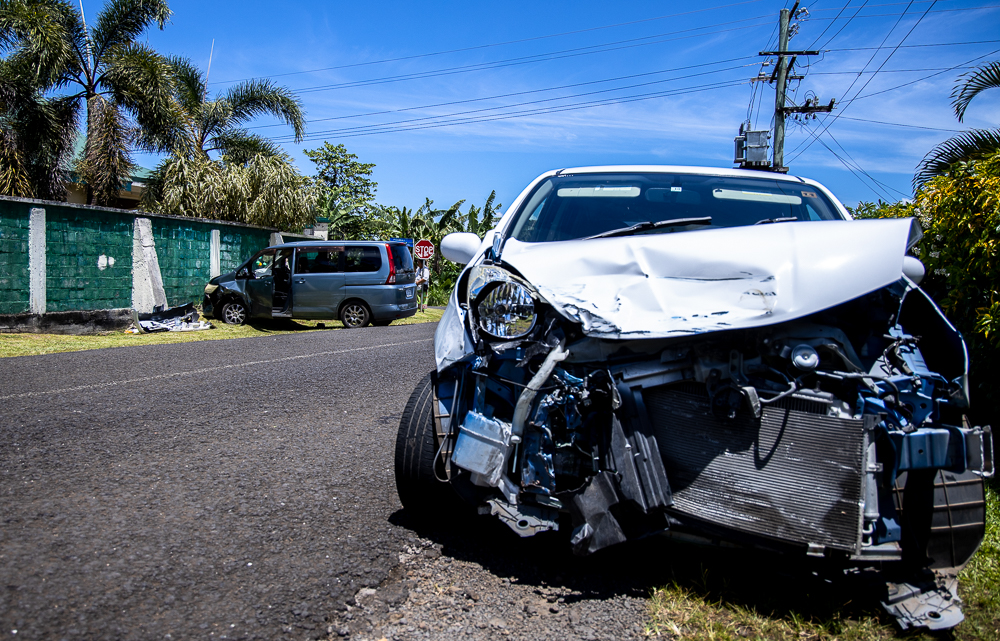 Fonoti said he felt lucky to be alive.

"Luckily I wasn’t speeding when I got to the four corners, I drove slowly, because if I had driven right on ahead I probably wouldn’t be alive right now," he said.

"I suddenly saw on the right a car speeding right in front when they should have given way near the bus stop, and that’s where it hit the front of the office car," Mr Fonoti added.

He said he has learned from previous experiences to always be careful when driving through intersections because some drivers tend to drive straight through and fail to give way when they should.

"When the driver of the other vehicle stepped out of her car, she seemed nervous and it felt like she thought I was at fault. She had head injuries and probably a foot injury as well since she collided right into a concrete fence," he said.

He said he was experiencing some pain in his side and back but felt lucky to have walked away from the accident.

Police attended to the scene of the accident and the matter is now in their hands. 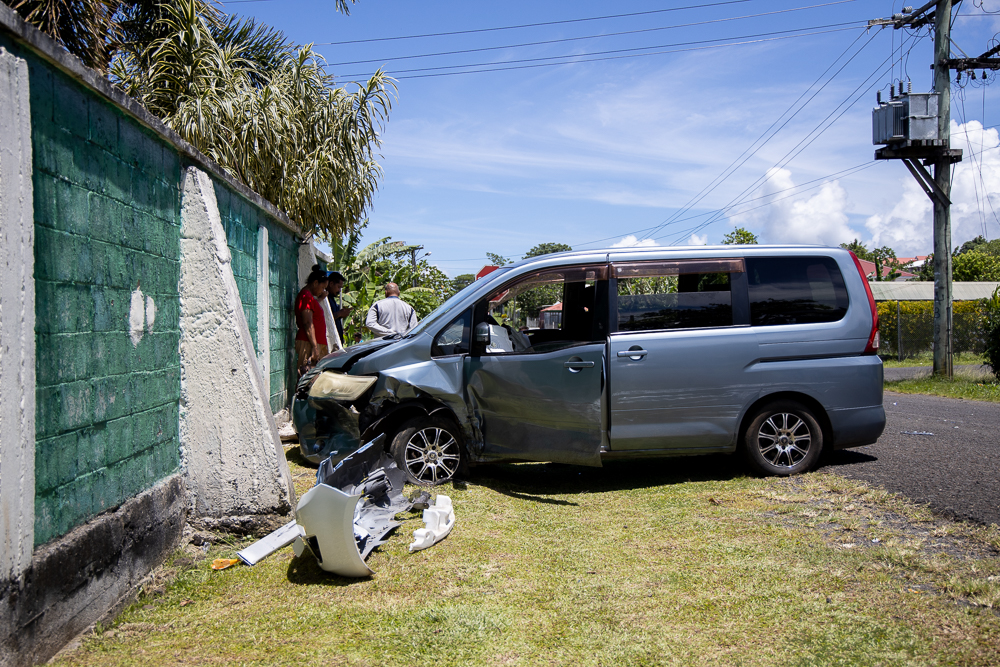 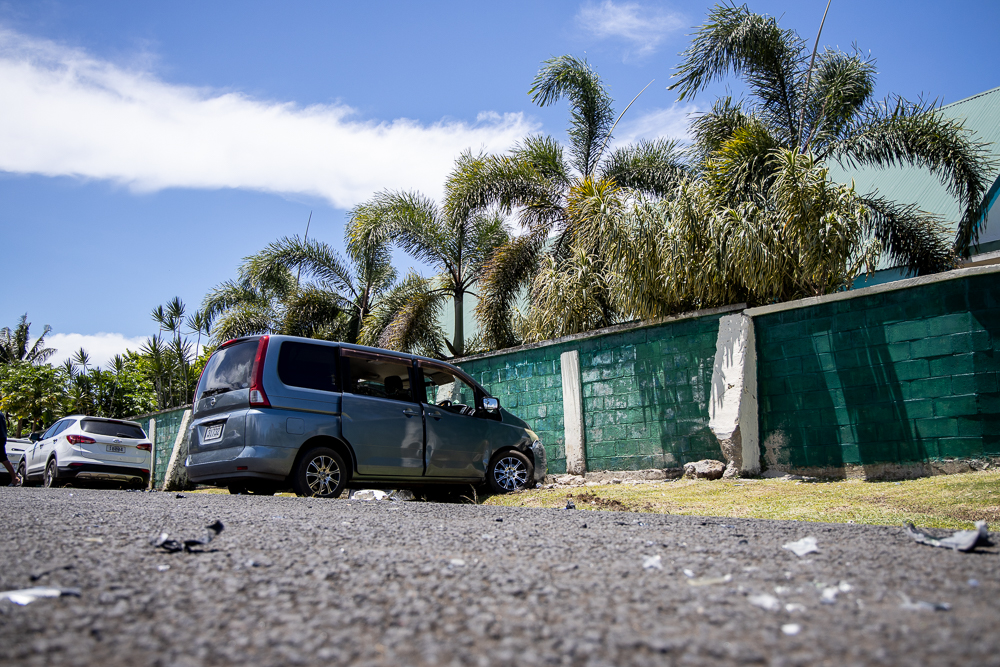