The L.T.C. appeal court panel: a web of confusion

The flaws in the then Government-sponsored Land and Titles Bills were obvious from the day they were tabled in the Parliament early last year, that even the Judges of Samoa’s Supreme and District Courts took the unprecedented step of writing directly to the Samoa Law Reform Commission to express their concern.

Their letter dated 6 April 2020 was addressed to the S.L.R.C. Executive Director, Afioga Teleiai Dr Lalotoa Mulitalo and was copied to the Prime Minister Tuilaepa Dr. Sa'ilele Malielegaoi, the Minister of Justice and Courts Administration, Chairperson of the Special Parliamentary Select Committee and the President of the Land and Titles Court (L.T.C.) among others.

Today, over nine months after five Supreme Court Justices and four District Court Judges put pen to paper, we can see why there was concern from the distinguished members of the bench as more details come to light of the 15 December 2020 enacted suite of laws.

The Legislative Assembly voted 41–4 to pass the Constitutional Amendment Bill 2020, Land and Titles Bill 2020 and the Judicature Bill 2020 in December.

But the failure by the Government to ensure the Ministry of Justice and Courts Administration (M.J.C.A.) followed the proper legislative process relating to all proposed Acts of Parliament is well documented: from the admission by the Parliament Clerk that the M.J.C.A. as the responsible Ministry didn’t hold consultations; to the blocking of requests by Opposition Members of Parliament in December to peruse and debate a Special Parliamentary Committee’s report on the proposed laws.

And we all know the price that the country pays every time a Government chips away at our constitutional framework as a democratic nation – the loss of integrity and public confidence in our institutions including the rule of law.

Therefore revelations in the Tuesday 19 January 2021 edition of the Samoa Observer of the criteria required for a panel member, who will be among four members who will preside over the newly established Land and Titles Court of Appeal, is shocking and shows how low the Government has now dropped the bar in relation to judicial appointments in this country.

Courtesy of the recently enacted Constitution Amendment Act 2020, a person who applies to be one of four panel members who will preside over the newly established Land and Titles Court of Appeal, has to be a Samoan lawyer and a matai and “is qualified to be a Supreme Court Judge.”

The prerequisites to become a lawyer and a matai in Samoa are clear but the clause where one has to be “qualified to be a Supreme Court Judge” is vague and up for interpretation.

The key question is does that clause insinuate that the appointee – after satisfying the requirements of being a lawyer and matai in Samoa – can qualify to become a Supreme Court Judge, but does not necessarily have to have prior experience serving on the bench as a Judge and thus by operation of that clause qualify to become one of four panel members to preside over the Land and Titles Court of Appeal?

The appointment of a Samoan lawyer and matai who qualifies to be a Supreme Court Judge will be done by the Head of State acting on the advice of the L.T.C. President.

Also the lack of uniformity in the appointments of panel members to the newly established Land and Titles Court of Appeal is obvious and lacks rationale for a judicial body.

And the fourth member of the same court will be appointed by the Head of State acting on the advice of the L.T.C. President.

It is mind boggling how the Human Rights Protection Party (H.R.P.P.)-led Government has seen fit to blindfoldedly undertake major surgery work on our legal framework, despite local and international opposition by legal experts and eminent jurists and bodies.

At the end of the day citizens deserve judicial appointees renown for their legal skills and of moral character and professional ethics, so on first impressions the appointments process for the panel members of the Land and Titles Court of Appeal do not give the people hope, if Samoa is to sustain a rule of law culture and nurture respect for judicial independence. 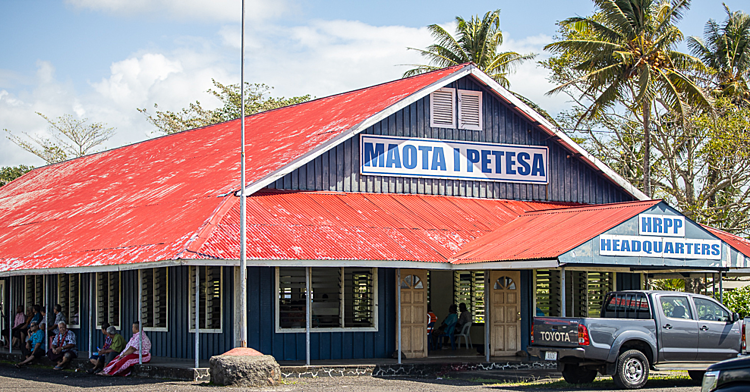